Former President Donald Trump took aim at the 93rd Academy Awards, which aired Sunday on ABC, and its low ratings in a statement Tuesday.

“What used to be called The Academy Awards, and now is called the ‘Oscars’—a far less important and elegant name—had the lowest Television Ratings in recorded history, even much lower than last year, which set another record low,” Trump said in the statement. “If they keep with the current ridiculous formula, it will only get worse—if that’s possible.”

The awards show saw a 58% decline in viewership from last year’s broadcast, which took place at the start of the COVID-19 pandemic. Less than  10 million people tuned in to this broadcast, a record low, despite Chloe Zhao’s historic win for Best Director and Best Picture for “Nomadland,” Variety magazine reported. (RELATED: Report: Cara Delevingne And Paris Jackson Spark Romance Rumors After Leaving Oscars’ Afterparty Together) 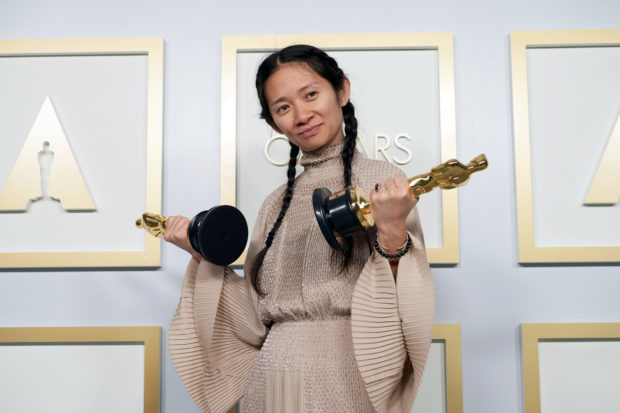 Chloé Zhao, winner of the Best Director for ‘Nomadland,’ poses in the press room during the 93rd Annual Academy Awards at Union Station on April 25, 2021 in Los Angeles, California. (Photo by Matt Petit/A.M.P.A.S. via Getty Images)

“These television people spend all their time thinking about how to promote the Democrat Party, which is destroying our Country, and cancel Conservatives and Republicans. That formula certainly hasn’t worked very well for The Academy!” Trump added.

Trump’s comments echoed the sentiments of at least one producer of the Academy Awards, who told the New York Times that “vast swaths” of viewers turn off the show once celebrities begin talking about politics.