A Minnesota man who helped stoke the fire at the Minneapolis Police Department precinct during the riots that erupted following George Floyd’s death was sentenced, according to the Justice Department.

Dylan Shakespeare Robinson, 23, pleaded guilty in December to one count of conspiracy to commit arson. Prosecutors said he lit a Molotov cocktail that another person threw toward the police station. Robinson was sentenced to four years in federal prison (RELATED: Man Arrested In Colorado For Allegedly Lighting Molotov Cocktail Used To Blaze Minnesota Police Precinct)

A federal judge has sentenced 23-year-old Dylan Shakespeare Robinson of Brainerd to 4 years in prison for his role starting fire at Mpls Police 3rd Precinct last year. Plus $12 million restitution. Robinson pled guilty in December to one count of conspiracy to commit arson. pic.twitter.com/uYEpD3ZIPy

Robinson was ordered to serve two years of supervised release and pay $12 million in restitution for the damages caused by the fire. Prosecutors said he tore down a fence around the building.

Robinson was arrested in June mere weeks after he lit the incendiary device at the riot on May 28.

Acting U.S. Attorney Anders Folk said that Robinson “chose to depart from lawful protest and instead engaged in violence and destruction.” 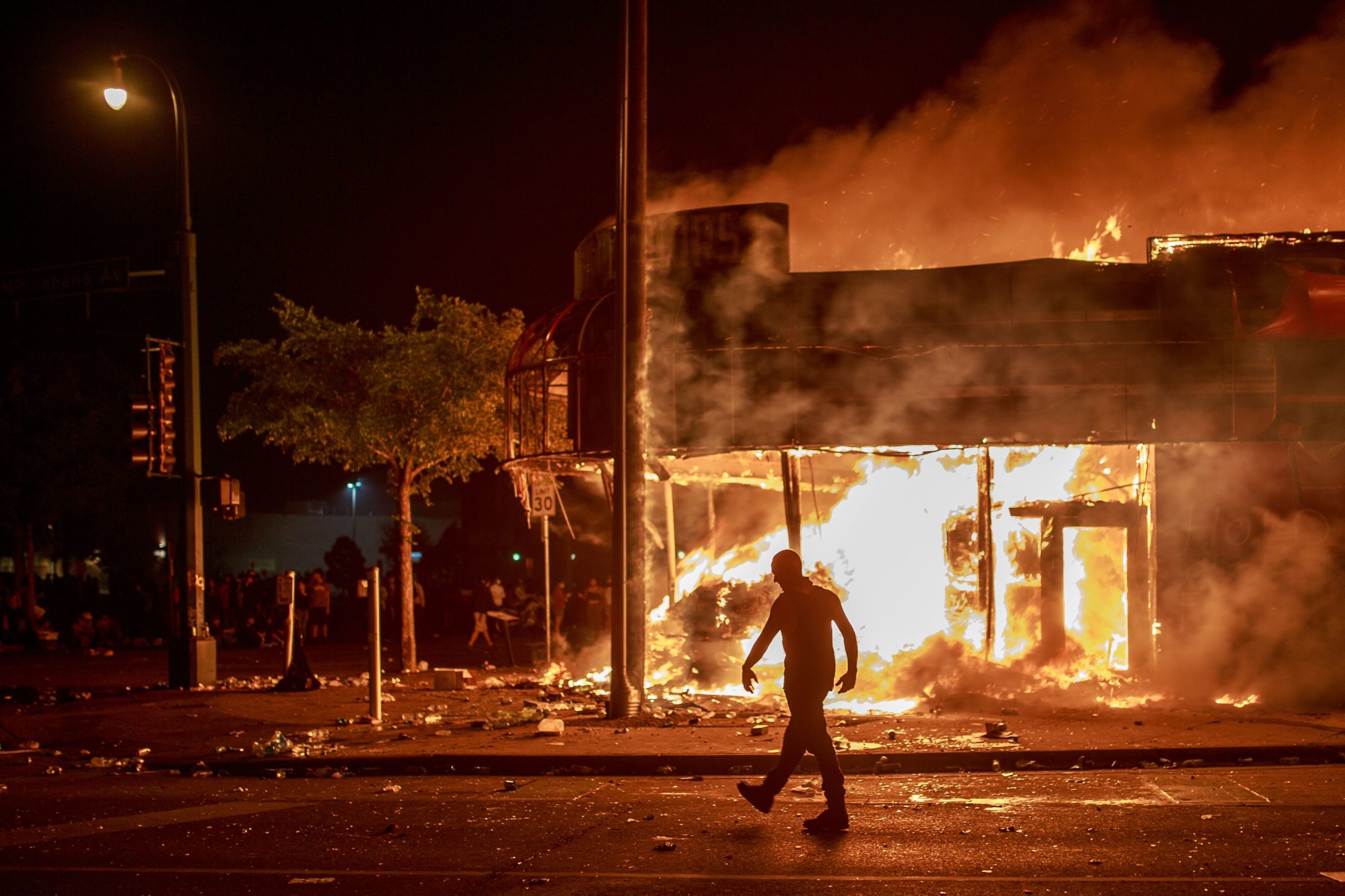 A man walks past a liquor store in flames near the Third Police Precinct on May 28, 2020 in Minneapolis, Minnesota, during a protest over the death of George Floyd. (Photo by KEREM YUCEL/AFP via Getty Images)

Three co-conspirators also pleaded guilty to one count of conspiracy to commit arson.

Bryce Michael Williams, 27, bragged on social media about being among the first people at the burning of the precinct, and authorities say he was captured on video near the precinct’s entrance holding a Molotov cocktail on May 28.

The third co-conspirator, Davon De-Andre Turner, 25, was accused of lifting a Molotov cocktail and bringing it into the precinct to start a fire.

More than 480 people were arrested in Minneapolis and St. Paul the weekend following Floyd’s death, according to WCCO.