“Well, he’s a friend of mine. I endorsed Ron. And after I endorsed him, he took off like a rocket ship,” Trump told Bartiromo when asked if he would consider the Florida governor as his running mate in a 2024 bid for the presidency. “He’s done a great job as governor.”

“A lot of people … love that ticket,” he added. “Certainly Ron would be considered, he’s a great guy.” 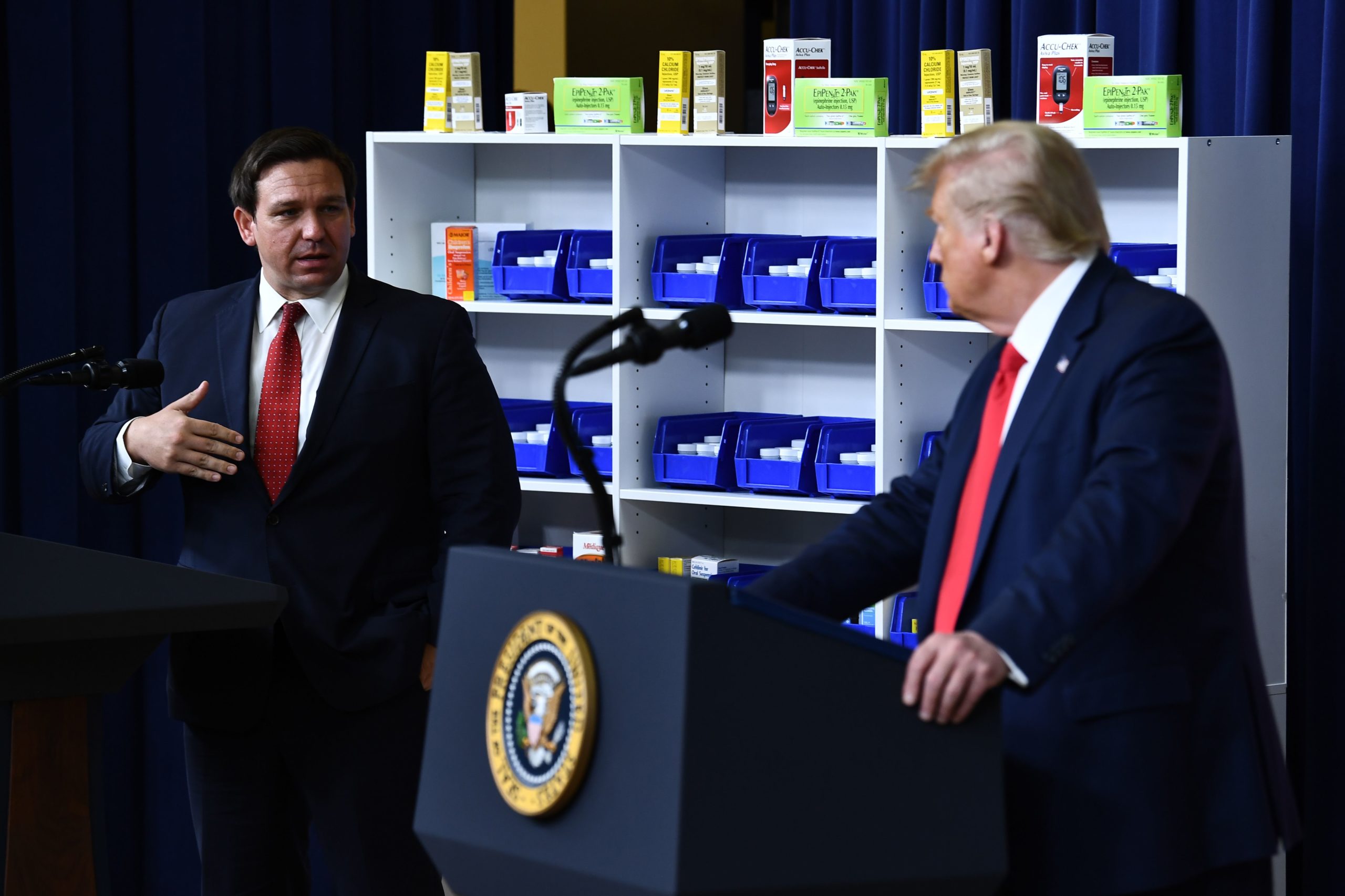 US President Donald Trump (R) listens as Florida Gov. Ron DeSantis speaks ahead of the signing an executive order on lowering drug prices at the White House, in Washington, DC on July 24, 2020. (Photo by BRENDAN SMIALOWSKI/AFP via Getty Images)

DeSantis has been floated as a potential 2024 candidate for the Republican nomination, drawing significant attention for his handling of the coronavirus pandemic, as well as legislative priorities including anti-riot and tech censorship bills. DeSantis has also become a target of the media in recent weeks. A failed 60 Minutes hit accused the governor of choosing Publix for distributions of COVID-19 vaccines because the company donated to his political committee.

The governor polled behind only Trump in the February CPAC straw poll, and the contributions for his gubernatorial reelection have far outpaced his expected 2022 Democrat challenger.

Although Trump has not formally announced whether he will be running for president in 2024, he has made clear in several interviews since leaving office that it is something he considers. Trump reiterated this stance Thursday morning when asked by Bartiromo, to which he responded, “Yes … 100% I’m thinking about running.” (RELATED: Trump Is Planning On Moving To His Golf Club In New Jersey)

The former president is also expected to resume his signature Make America Great Again rallies, with some reports saying as soon as May. However, Trump told radio host Dan Bongino that if he decides to run, he would wait until “right after” the 2022 midterm election to officially declare his candidacy.