A man who served on the jury that voted to convict former Minneapolis police officer Derek Chauvin defended his participation in a Black Lives Matter protest prior to the trial.

Brandon Mitchell said he attended the Aug. 28 “Get Your Knee Off Our Necks!” protest organized by activist Al Sharpton because he had never been to Washington, D.C., according to the Associated Press. Photos recently circulated online show Mitchell wearing a Black Lives Matter shirt at the event.

Mitchell’s shirt said “GET YOUR KNEE OFF OUR NECKS” and “BLM,” which is short for Black Lives Matter, the AP reported. However, he said he doesn’t recall wearing or owning the shirt. (RELATED: Could Derek Chauvin Win An Appeal? Here’s What Legal Experts Say) 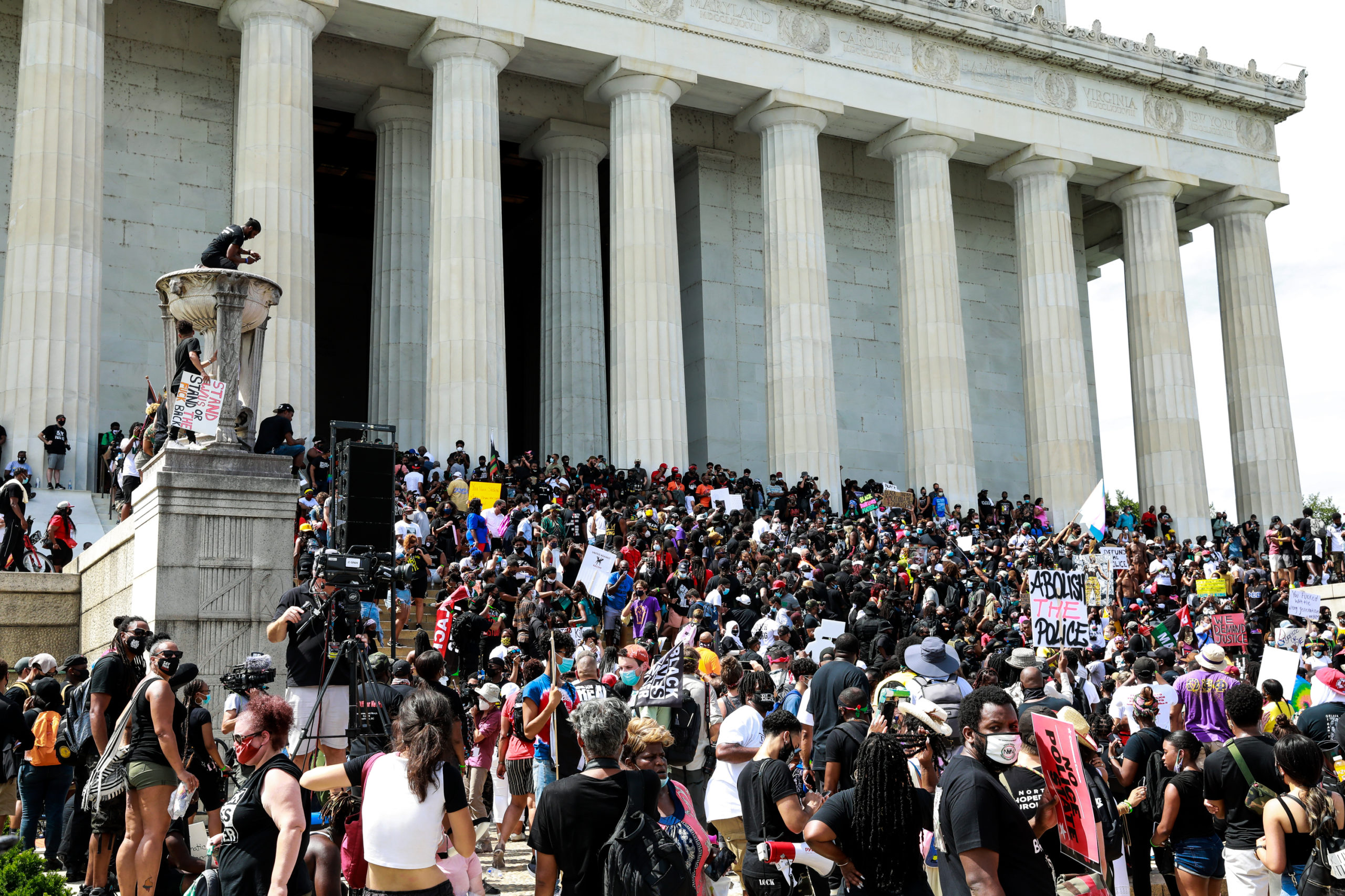 Crowds descend upon the steps of the Lincoln Memorial during the Aug. 28 protest in Washington, D.C. (Natasha Moustache/Getty Images)

Family members of George Floyd, Breonna Taylor and Eric Garner, who all died after encounters with police officers, spoke at the protest, according to a schedule of the event. Sharpton, civil rights attorney Benjamin Crump and activist Martin Luther King III also made speeches.

Mitchell was one of 12 jurors who voted to convict Chauvin last month on murder charges in the death of Floyd. He said he was honest during the jury selection process that took place before the trial.

“I think I was being extremely honest, for sure,” Mitchell told the Star Tribune. “I gave my views on everything — on the case, on Black Lives Matter.”

Mitchell’s participation in the protest could be used as evidence in a potential appeal that Chauvin’s right to an impartial jury was denied, Ted Sampsell-Jones, a Mitchell Hamline School of Law professor, told the AP.

“Speaking frankly, Chauvin did not have a fully impartial jury in the sense we usually give criminal defendants,” Sampsell-Jones said, according to the AP. “That wasn’t the fault of the judge or the prosecutors, it was simply a function of the incredible publicity and public pressure.”

During jury selection, Mitchell told defense attorney Eric Nelson that he had a very favorable view of Black Lives Matter and a neutral view of Blue Lives Matter, according to the Star Tribune. He also said he had seen the video of Chauvin kneeling on Floyd and had wondered why the other officers didn’t intervene.

Mitchell never disclosed that he traveled to Washington, D.C., to participate in the protest in his pre-trial questionnaire, according to the AP. He answered “no” to two questions about protests.

“It’s disconcerting,” defense attorney Mike Padden told the Star Tribune. “Maybe with that disclosure, Mr. Nelson keeps him on the jury, but I don’t think so.”