President Joe Biden weighed in on the infighting between House Republicans and Wyoming Rep. Liz Cheney, saying he does not understand the party Wednesday.

Biden was asked about Republicans’ attacks on Cheney, who is up for reelection in 2022 and who has continued to face criticism for voting in favor of impeaching Trump and continuing to be vocal about her disdain for the former president. A number of Republicans have come out against Cheney staying in her role as House Republican Conference chair, saying she needs to be replaced.

“I don’t understand the Republicans,” Biden said to reporters when leaving a Washington, D.C. Mexican restaurant to discuss his $1.9 trillion economic relief bill.

President Biden: “Tacos and some enchiladas.”

Q: “Do you have any comments on the efforts to oust Liz Cheney from the House Republican leadership post?”@POTUS: “I don’t understand the Republicans.” pic.twitter.com/ZWrOcPhlsb

House Minority Leader Kevin McCarthy trashed Cheney before a Tuesday interview, saying she has real problems and that he has had it with her. 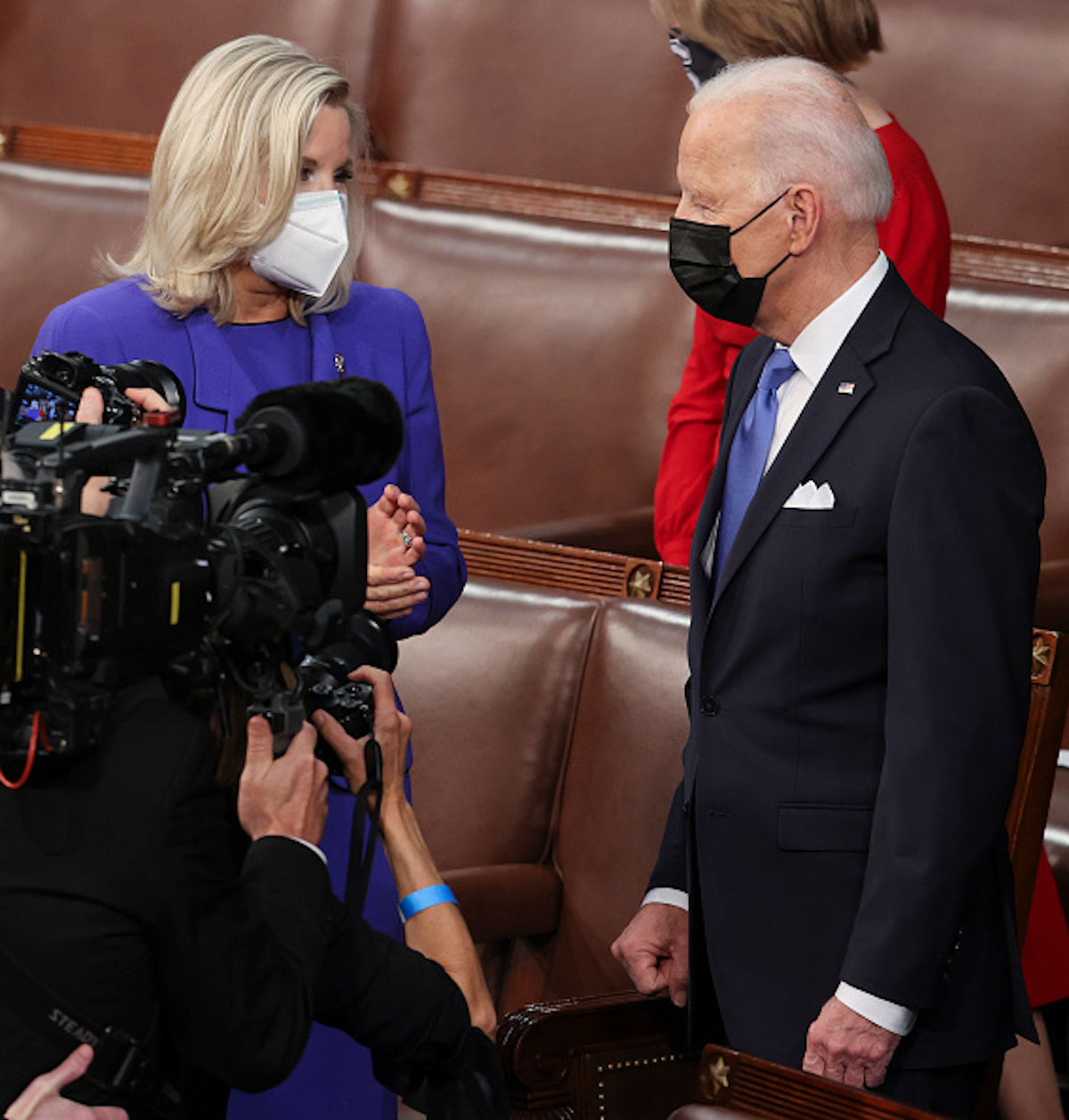 McCarthy was recently caught on a hot microphone before a hit with “Fox & Friends,” where he said Republicans are not concerned about Cheney’s vote to impeach Trump, rather noting the concerns about her ability to serve as conference chair. But, McCarthy had some different words about Cheney off-air.

“I think she’s got real problems,” McCarthy told Steve Doocy off-air before the interview, Axios reported. “I’ve had it with … I’ve had it with her. You know, I’ve lost confidence. … Well, someone just has to bring a motion, but I assume that will probably take place.” (RELATED: ‘I Think She’s Got Real Problems’: GOP Leader Kevin McCarthy Caught On Hot Mic Trashing Rep. Liz Cheney)

The Wyoming Republican Party censured Cheney in February over her vote to impeach Trump.