Trump’s endorsement comes after Youngkin, the former CEO of the private equity giant Carlyle Group, won the Republican nomination for Virginia governor Monday, the New York Times reported. The Virginia election will be one of only two state elections choosing governors in 2021. (RELATED: Bill Clinton Silent On Photos Showing Epstein, Maxwell Visiting Him In The White House)

“Congratulations to Glenn Youngkin for winning the Republican nomination for Governor of Virginia,” the former president said. “Glenn is pro-Business, pro-Second Amendment, pro-Veterans, pro-America, he knows how to make Virginia’s economy rip-roaring, and he has my Complete and Total Endorsement!”

“Glenn is running against Bill Clinton’s longtime enabler, Terry McAuliffe,” Trump continued. “Terry McAuliffe was the Clintons’ bagman in more ways than one, from the cover-ups to the get-rich-quick schemes, and his deals with Communist China look suspicious. He was responsible for many of the problems Virginia currently has. Virginia doesn’t need the Clintons or the Communist Chinese running the state, so say no to Terry McAuliffe, and yes to Patriot Glenn Youngkin.” 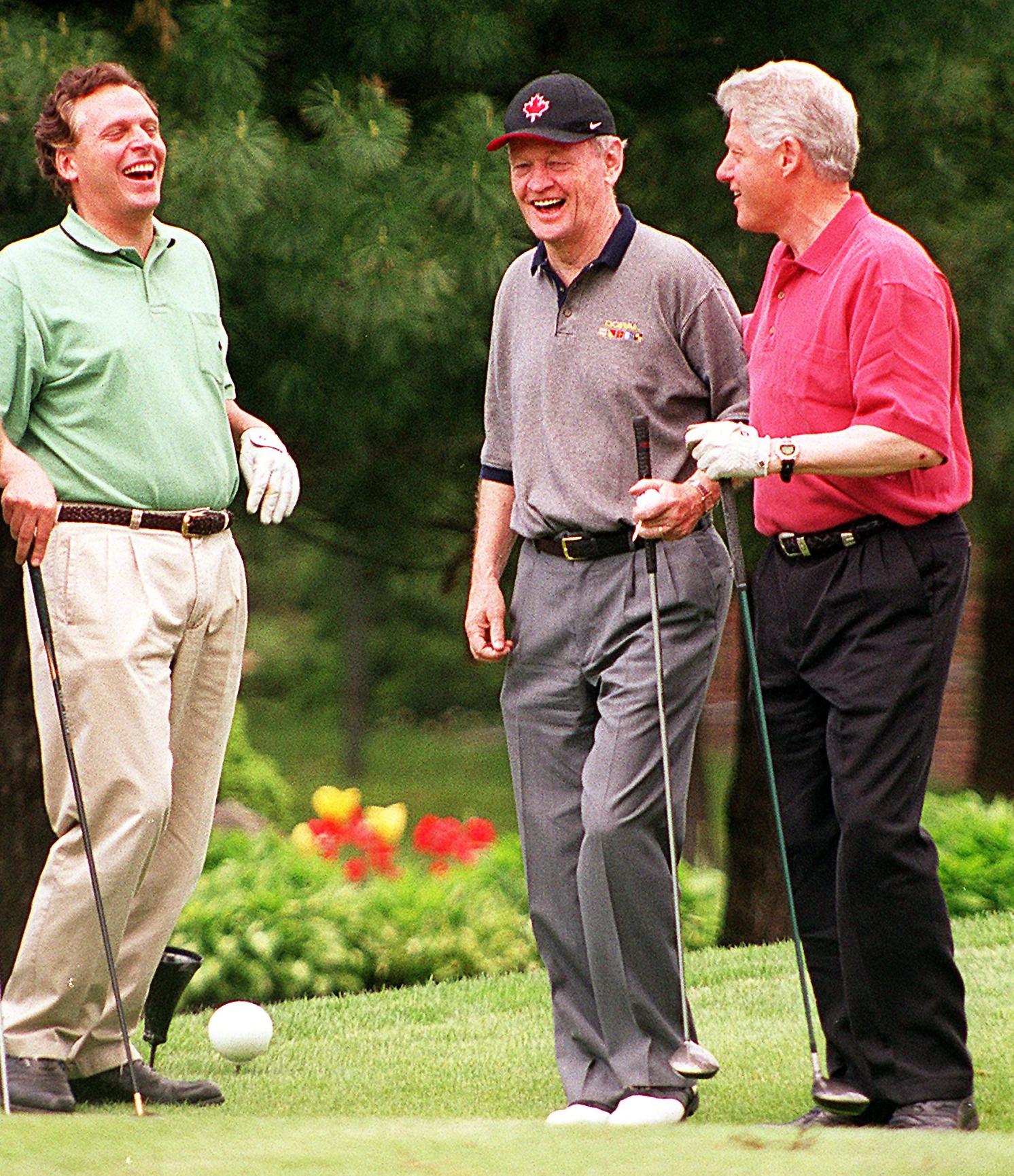 A New York Times profile on McAuliffe and his bid for Virginia governor noted that “he is close enough to former President Bill Clinton that the two men speak daily, and he claims to make more than 100 phone calls every day.”

The Washingtonian described him as “the Clinton-family crony” and a “partisan warrior” who carried the “Democratic Party banner on the Sunday talk shows” and served as chair of Hillary Clinton’s presidential campaign. (RELATED: Glenn Youngkin Wins GOP Nomination For Governor Of Virginia)

“Pure friendship at this point,” McAuliffe told the Washingtonian of his relationship with Bill Clinton in 2016. “I mean, he is SO jacked up.”

“Every time I was down in my life when I was President, every single time, Terry was always there,” Bill Clinton reportedly wrote in an epigraph in McAuliffe’s 2007 memoir, “What a Party! My Life Among Democrats: Presidents, Candidates, Donors, Activists, Alligators, and Other Wild Animals.”

The McAuliffe family and the Clintons are “as close to family as it can be without being blood, and it may even be blood by osmosis after all the time they’ve spent next to each other,” attorney John Morgan told the Washington Post in 2013. “It has transcended friendship into love.”

“I love Terry McAuliffe — and his wife and his five kids,” Bill Clinton said at a 2013 Hampton rally, according to WaPo. “I’d be here if he were 50 points behind instead of about to be your next governor.”

The publication reported that McAuliffe has repeatedly lent the Clinton’s money when they were in a tight spot and that he has risen through the ranks of politics largely due to his connections with the Clintons. 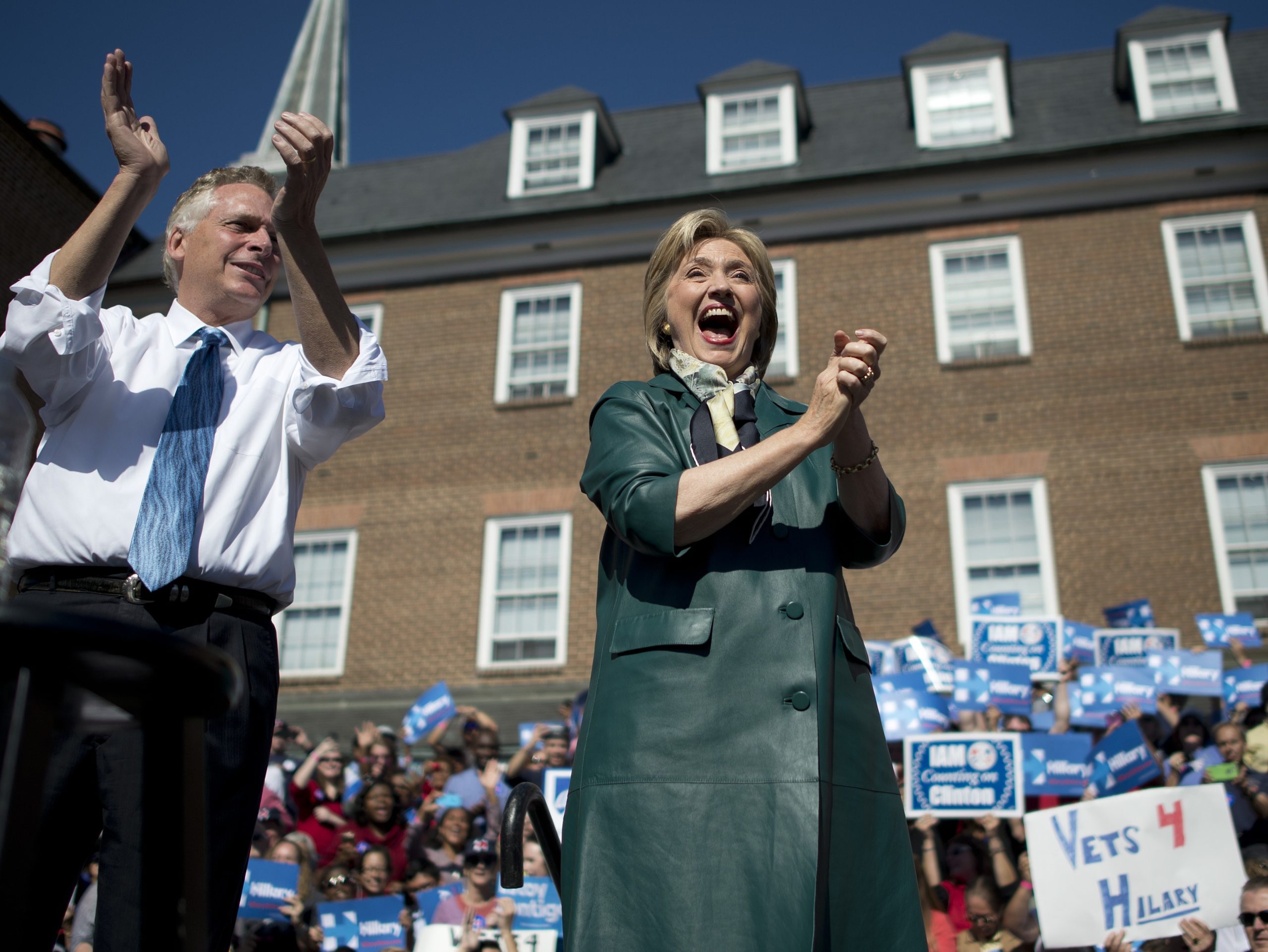 Shortly after Clinton’s affair with Monica Lewinsky became public in the summer of 1998, McAuliffe was scheduled to vacation with the Clintons. Hillary Clinton reportedly told McAuliffe he could not come, but he went with the Clintons a few months later to Park City, Utah, to celebrate Chelsea Clinton’s 19th birthday, according to WaPo.

“It was just the four of us and this was still a difficult, tense time for the family,” McAuliffe wrote about the trip, according to WaPo, adding that he was “trying to heal this family.” (RELATED: ‘You Better Get Some Ice For That’: Here’s What To Know About Bill Clinton And #METOO Allegations)

During a June 2018 interview on MSNBC, McAuliffe was asked whether Clinton should have resigned over the Lewinsky scandal.

“This was 25 years ago, it was different standards,” he said.

“I think people looked at it in totality,” he continued, explaining that “at the time we dealt with this 25 years ago, it wasn’t the standards we have today. I think if it happened today, I don’t think you’d be having the same argument that would go on with the new #MeToo movement. But 25 years ago, as I say, it was a different standard.”

McAuliffe also said that he did not think the Clinton’s treatment of Lewinsky would be tolerated nowadays, noting, “I think it was a horrible thing 25 years ago.”

The Wall Street Journal reported in 2016 that McAuliffe’s political organization gave almost $500,000 to the election campaign of the wife of an FBI official, Dr. Jill McCabe, who would later help oversee the investigation into Hillary Clinton’s email scandal.

A spokesman for the governor told the WSJ at the time that he “supported Jill McCabe because he believed she would be a good state senator. This is a customary practice for Virginia governors… Any insinuation that his support was tied to anything other than his desire to elect candidates who would help pass his agenda is ridiculous.”

McAuliffe did not immediately respond to a request for comment from the Daily Caller News Foundation.