Israel’s Military is set to approve plans to launch a ground invasion in Gaza Thursday after its targeted airstrikes failed to curb the hailing of Hamas rockets. 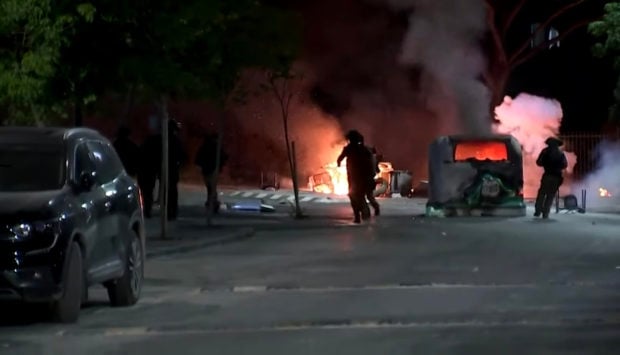 Brigadier General Hidai Zilberman notified Israeli media that invasion plans are currently being drafted by the Gaza Division and Southern Command, according to The Independent. A spokesperson wouldn’t confirm whether a ground invasion would definitely be happening, but said Israel would be adding more troops, including infantry and armored brigades, to specific areas along the Gaza border to”prepa[re] themselves for ground operations.”

WARNING: GRAPHIC CONTENT – Israel was preparing ground troops along the Gaza border and Hamas launched rocket barrages at southern Israel as the fiercest hostilities in years dragged on with no end in sight https://t.co/11MTdw3rt8 pic.twitter.com/9Eqp511rDa

Hamas has fired over 1,500 rockets at Israel, causing at least seven deaths, including three women, two children and a soldier. Many of the rockets were intercepted by Israel’s Iron Dome missile defense system; some of Hamas rockets fell back into Gaza causing deaths.

In response to the rocket attacks, Israel launched dozens of targeted airstrikes on Hamas terror targets in the Gaza Strip, resulting in some civilian casualties.

Israel’s strikes killed senior leaders of Hamas’ military division, the Izz ad-Din al-Qassam Brigades. The death toll has continued to rise in Gaza with its Hamas-lead health ministry reporting 83 Palestinians, including 17 children, had been killed. Israel claims 30 of those killed were militants. (RELATED: Hamas Official Reportedly Tells People To Buy Knives And Cut Jews’ Heads Off)

At one point, Southern Israel and other areas were forced to go into lockdown as Gaza lobbed indiscriminate missiles into the country. The attacks caused ‘code red’  sirens to go off which notifies Israeli citizens that they have only 15 seconds to go into a bomb shelter.