Republican Ohio Rep. Jim Jordan said Friday that President Joe Biden’s multi-trillion dollar stimulus packages that pay workers to stay at home are the reason for so many unfilled jobs in America.

The U.S. economy produced just 266,000 jobs in April and is 8.2 million workers short of pre-lockdown levels, according to data released March 7 by the Department of Labor. (RELATED: ‘This Isn’t Monopoly Money’: Ron Johnson Calls Out Unnecessary Spending In Biden’s Trillion-Dollar Packages)

Jordan says he knows the reason why.

“Doesn’t take a genius to figure this out. If you pay people not to work you shouldn’t be surprised when you can’t find workers,” he continued.

The congressman says those employers are willing to hire anyone but there are few takers.

“Every single employer across our district and across our state and frankly around our country I have had a chance to visit with — every single one says they can’t find people to work,” he said. “So I think this is just good common sense and [time to tell] the Biden administration, ‘it’s time to knock this stuff off.'”

Jordan said it is simply a matter of what you “incentivize,” going to work or staying home. He suggested that it just wasn’t that obvious to the Biden administration because common sense is “in short supply.” (RELATED: Biden’s Families Plan Would Cause Negative Economic Growth, Analysis Shows) 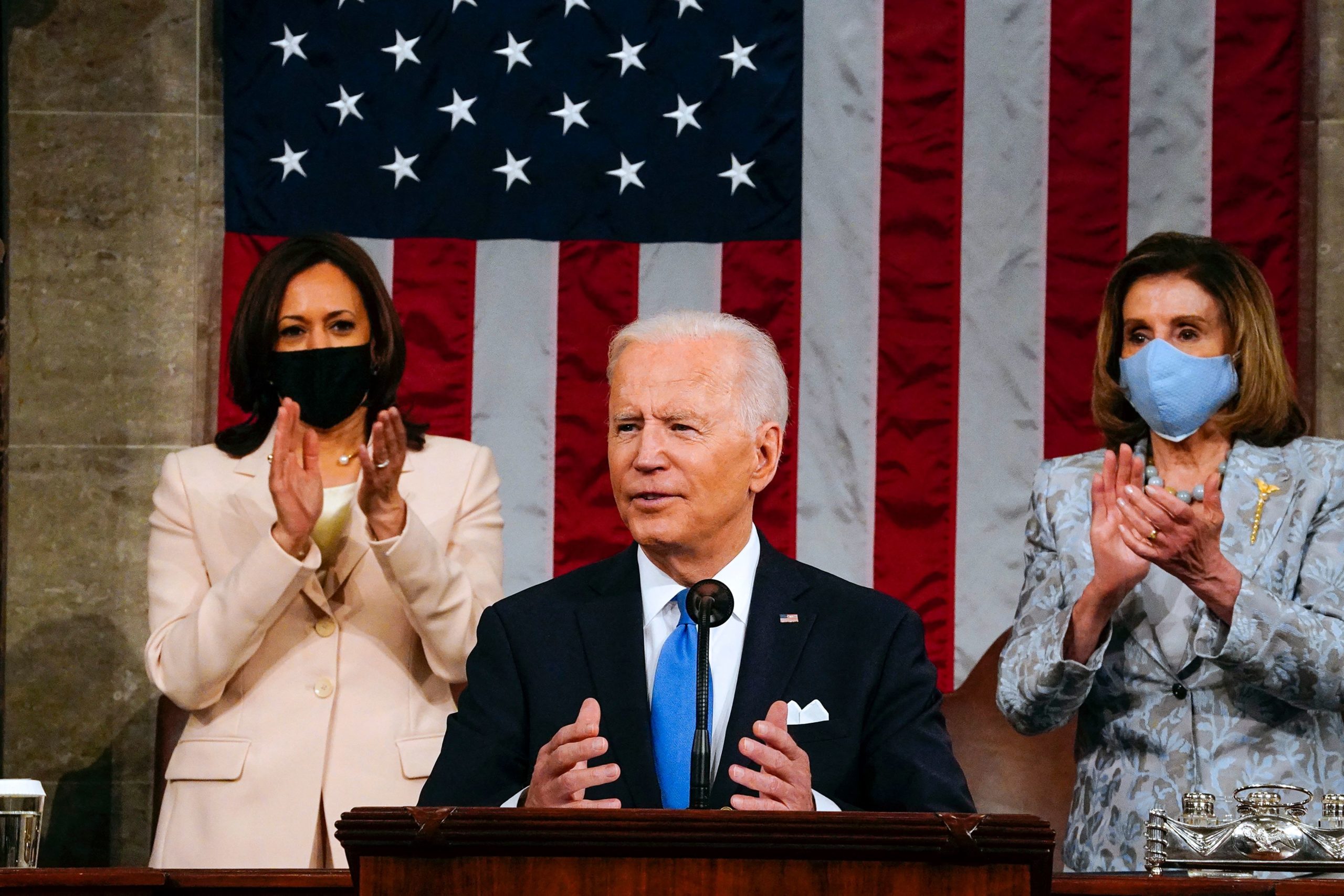 US Vice President Kamala Harris (L) and Speaker of the House of Representatives Nancy Pelos (R) applaud as US President Joe Biden addresses a joint session of Congress at the US Capitol in Washington, DC, on Apr. 28, 2021. (Photo by MELINA MARA/POOL/AFP via Getty Images)

“I never said, and no serious analyst ever suggested, that climbing out of the deep, deep hole our economy was in would be simple, easy, immediate or perfectly steady,” the president said during remarks on the economy.

The Biden administration has announced and approved trillions of dollars in new spending in the first 100 days of the Biden presidency. Biden has allocated $2.25 trillion for his “American Jobs Plan” and another $1.9 trillion for the “American Rescue Plan.” The administration is hoping to fund the projects by raising taxes on American families making over $400,000 a year and through closing various taxation loopholes. (RELATED: Peter Doocy And Jen Psaki Battle Over Whether Massive Unemployment Benefits Disincentivize Work)

Biden announced a $1.8 trillion daycare plan during his speech to a joint session of Congress in late April. It offers “universal, quality-preschool to all three and four-year-olds” and “two years of free community college,” according to a White House fact sheet. The plan also promises to continue targeted tax cuts in the coronavirus stimulus package that the administration insists were of benefit to “lower and middle-income workers and families.”