Biden’s income lowered to $607,336 for the year because he declined speaking engagements amid the campaign, Bloomberg reported. Together, the president and First Lady Jill Biden paid $157,414 in federal income taxes, $28,794 in Delaware’s state taxes and $433 in Virginia, according to the tax returns.

Despite Biden’s drop in income, he paid 25.9% for the federal tax and still earned enough to be included under his proposal to increase taxes for the wealthiest Americans. Vice President Kamala Harris and her husband Doug Emhoff also earned enough to have paid more under Biden’s proposal, as the couple reported a federal adjusted gross income of $1,695,225.

The vice president and her husband reported earning $3,018,127 in taxable income for 2019, according to Bloomberg.

Much of this income came from Emhoff’s work as a lawyer, according to Bloomberg. The duo paid a rate of 36.7% in federal income taxes that totaled over $621,000 for the year. 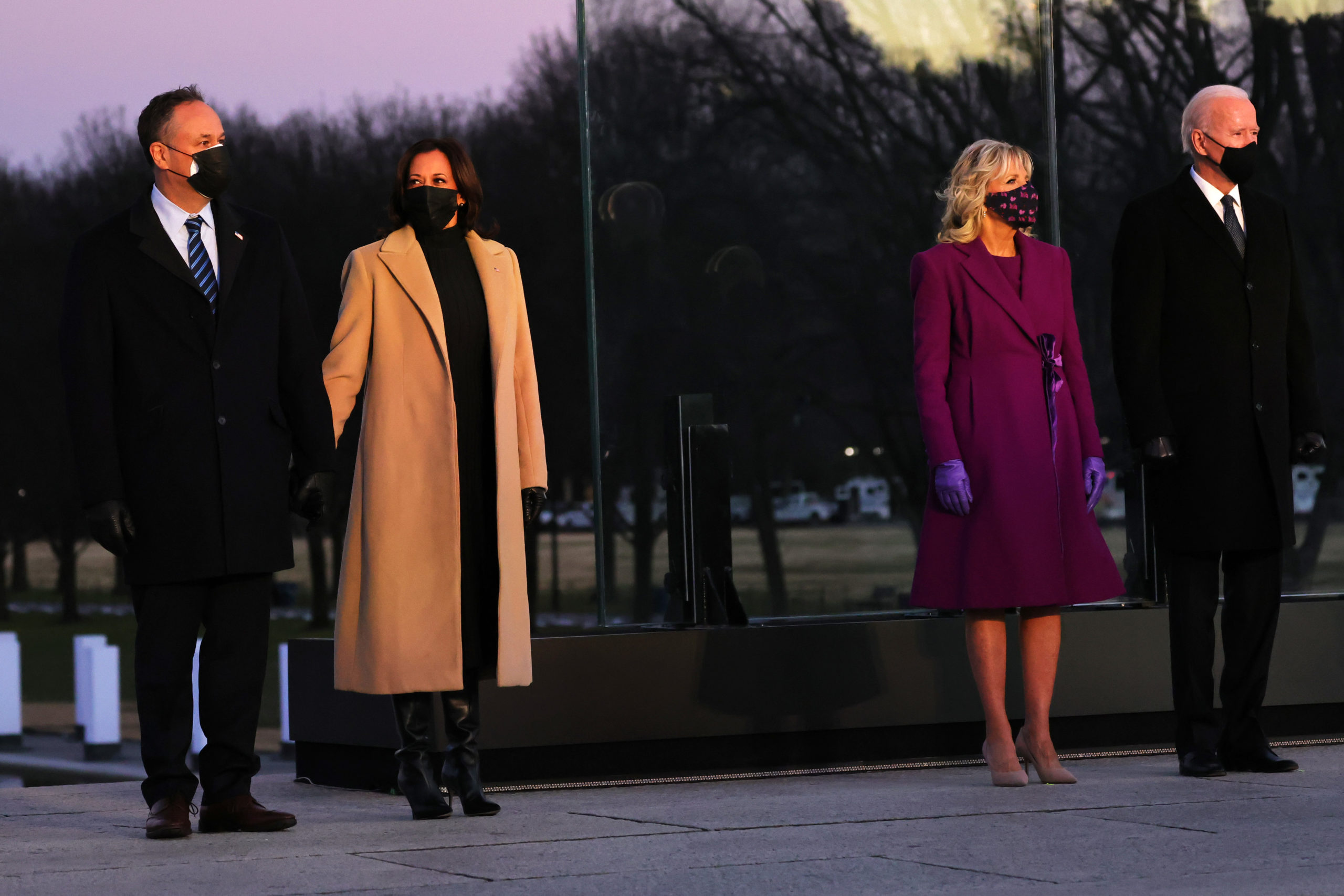 Doug Emhoff, Vice President-elect Kamala Harris, Dr. Jill Biden and President-elect Joe Biden at a memorial for victims of the coronavirus (COVID-19) pandemic at the Lincoln Memorial on the eve of the presidential inauguration on January 19, 2021 in Washington, DC. (Michael M. Santiago/Getty Images)

The Biden’s also reported their roughly $1.2 million to $2.88 million in cash and investments, according to a financial disclosure report first noted by Bloomberg. The couple donated about 5% of their income to charity throughout the year, with the most sizable donation going to the foundation named after their sone Beau Biden, who died in 2015.

Harris and her husband reported assets worth between $3.1 million and $7 million for the year and donated $27,006 to charity. (RELATED: Eight Years Of Trump’s Tax Returns Subpoenaed)

The tax returns come after former President Donald Trump repeatedly refused to release his throughout his time in office. White House press secretary took a dig at the former president on Monday when she noted the documents would be released and “should be expected by every president of the United States.”

“Today, the President released his 2020 federal income tax return, continuing an almost uninterrupted tradition. With this release, the President has shared a total of 23 years of tax returns with the American public,” the White House wrote in a press release.