Democratic Arizona Secretary of State Katie Hobbs urged her state’s largest county to replace all voting machines that were handed to the private contractor for an audit of the 2020 election, warning that “grave concerns” over their “security and integrity” render them unusable.

Hobb, Arizona’s top elections officer, noted her concerns in a letter to Maricopa County election officials Thursday. Cyber Ninja, the firm in question, obtained some of the county’s voting machines after state Senate Republicans issued a subpoena ordering officials to turn them over.

Cyber Ninja’s chief executive has echoed the same baseless claims of a stolen election made by former President Donald Trump, and even said that the audit was searching for bamboo fibers in order to find fake ballots from Asia, despite the fact that none exist.

The audit has been slammed by Arizona election officials in both parties, and has been cited as a potential violation of election law by the Department of Justice. 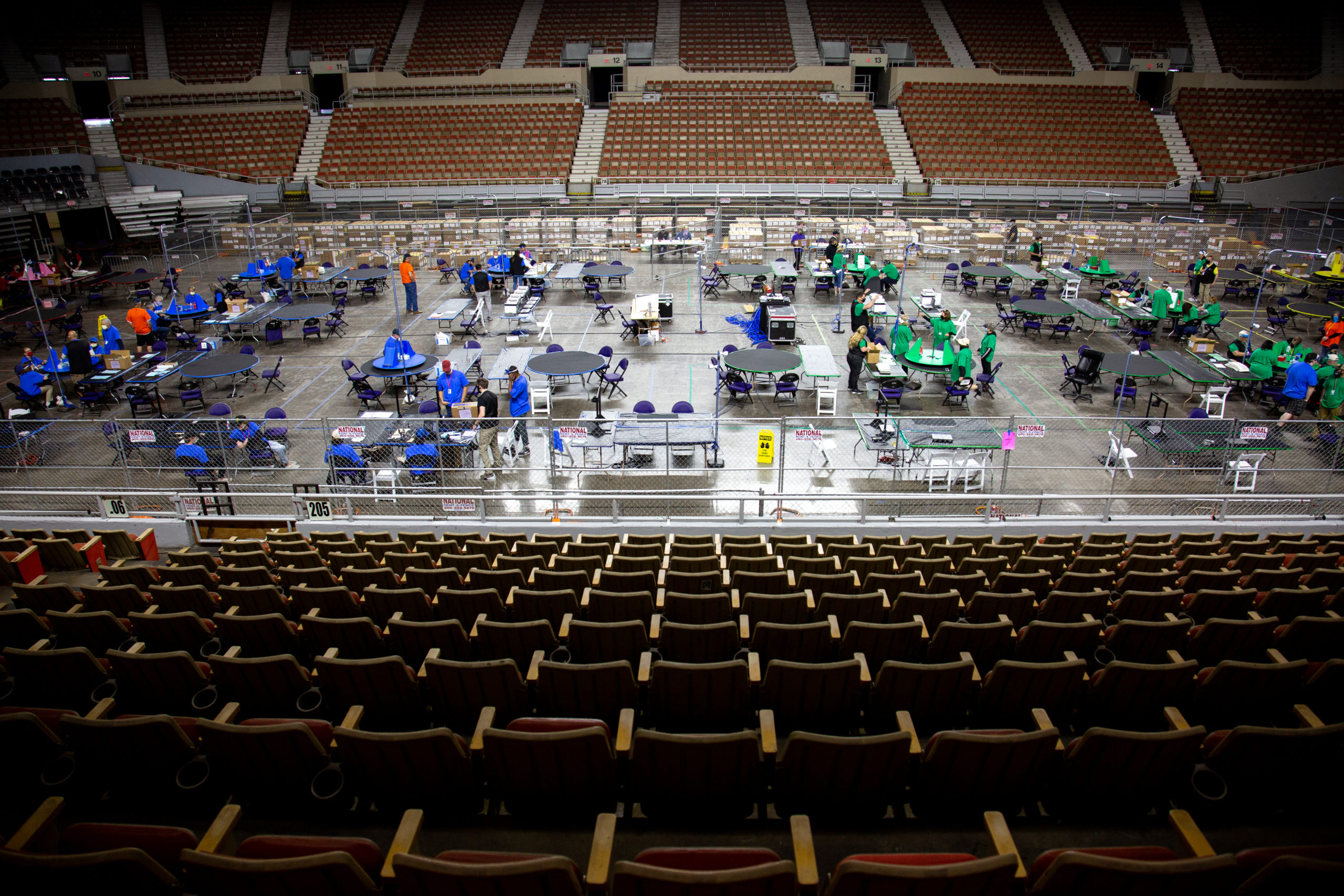 Contractors examine and recount ballots from the 2020 general election at Veterans Memorial Coliseum on May 1, 2021 in Phoenix, Arizona. (Courtney Pedroza/Getty Images)

“I understand Cyber Ninjas has begun returning the election equipment to the County,” Hobbs wrote. “I have grave concerns regarding the security and integrity of these machines, given that the chain of custody, a critical security tenet, has been compromised and election officials do not know what was done to the machines while under Cyber Ninjas’ control.”

“My Office consulted with election technology and security experts … regarding the appropriate next steps, and each unanimously advised that once election officials lose custody and control over voting systems and components, those devices should not be reused in future elections,” it added. “Decommissioning and replacing those devices is the safest option as no methods exist to adequately ensure those machines are safe to use in future elections. As such, my Office is urging the County not to re-deploy any of the subpoenaed machines that it turned over to the Senate in any future elections.” (RELATED: Arizona GOP Ordered To Pay More Than $18,000 For ‘Groundless’ And ‘Disingenuous’ Lawsuit Challenging Legitimacy Of 2020 Election)

This week the firm retracted a statement it had made suggesting that its entire election database had been destroyed, though this destruction never took place.

Maricopa County’s Board of Supervisors, which is majority Republican, slammed the audit and its lead sponsor, GOP state Senate President Karen Fann, in a letter Monday, calling the claim and Fann’s echoing of it “false, defamatory and beneath the dignity of the Senate.”

Trump has repeatedly praised the audit, claiming that it will prove his allegations that the election was stolen.

The audit will not have the possibility to actually change the results of the state, which President Joe Biden narrowly won, regardless of what it finds.