Spider-Man showed up at the Vatican and brought Pope Francis his own superhero mask Wednesday.

The Italian man, Mattia Villardita, who is known in Italy for donning various superhero costumes and entertaining hospital kids in the country, appeared during the Pope’s weekly address, Fox News reported. 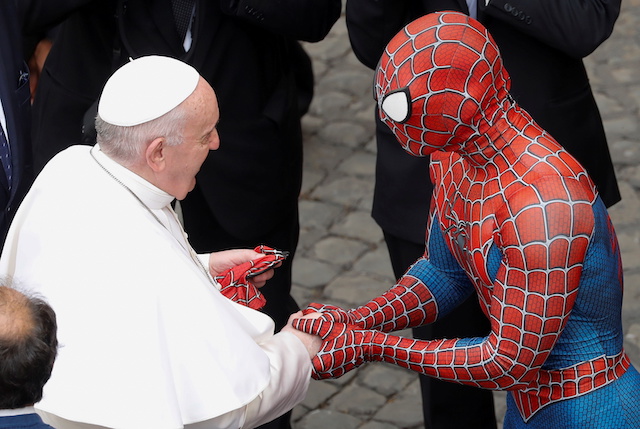 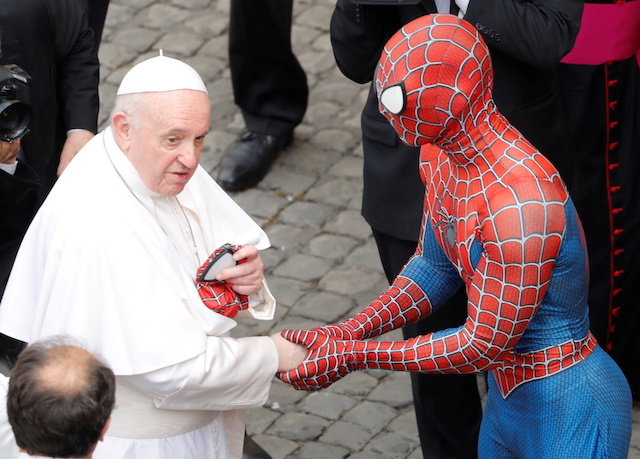 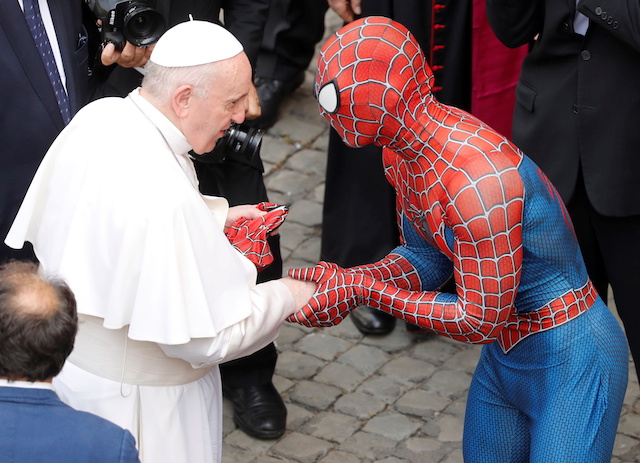 People who had come to meet the leader seemed shocked and surprised to see the man fully dressed in the Marvel Spider-Man costume, according to the outlet. (RELATED: Watch The Latest Electric Trailer For ‘Captain Marvel’)

Two years ago, Villardita launched his “Superheroes in the Ward” initiative and enlisted his friends for help dressing up as comic book characters and visiting sick kids. 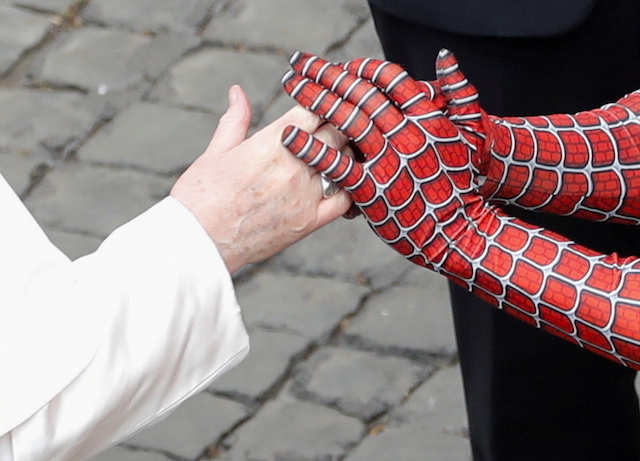 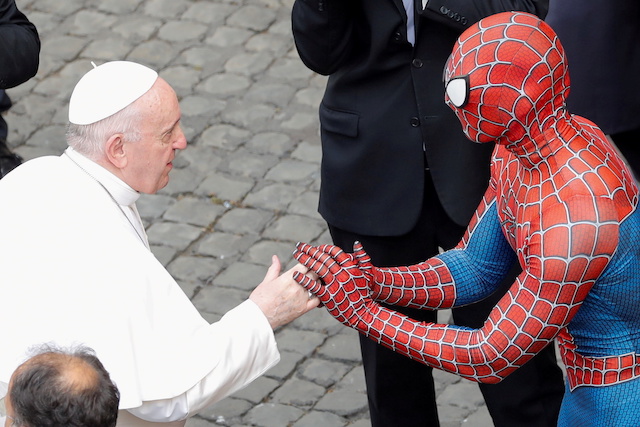 Not only did the two men get a chance to meet, but Mattia brought the pope a custom-made Spider-Man mask of his very own. 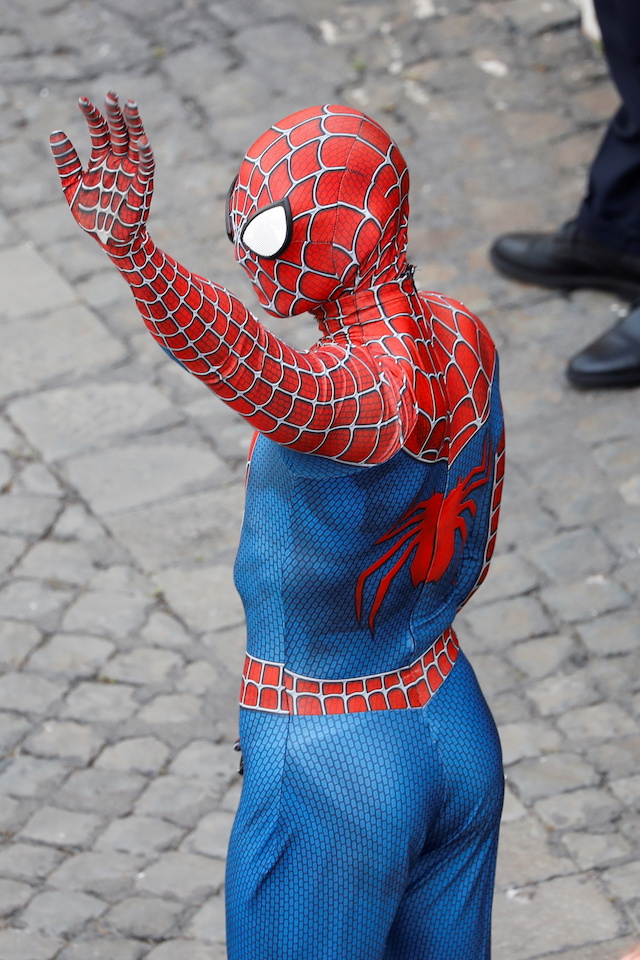 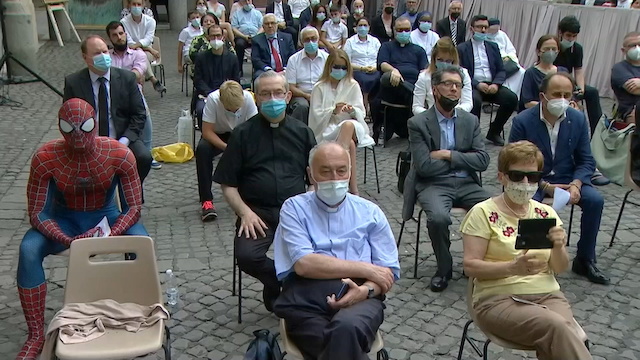 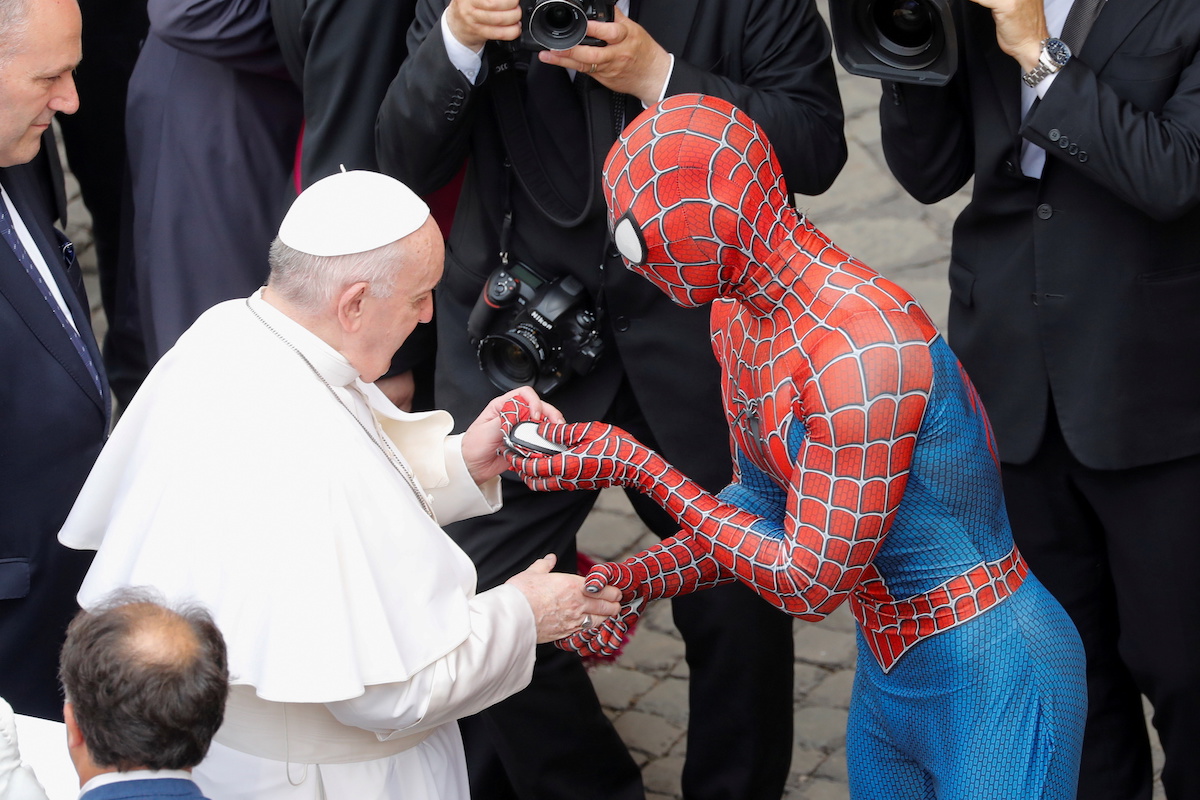 After the pope’s address, he encouraged Spider-Man to take a handful of selfies with the kids.

Several pictures and clips have surfaced online from the superhero’s visit. Check them out!

Pope Francis was greeted by Spiderman at the end of his weekly general audience on Wednesday. pic.twitter.com/SrOE4pDbbh