President Joe Biden is losing ground among Democrats as his approval rating slips within his own party, according to a new Reuters/Ipsos poll released Wednesday.

Seventy-eight percent of Democrats polled approved of Biden’s economic policies, a seven-point drop from a similar survey conducted in April, the poll showed. Meanwhile, there was a six-point increase in the number of Democrats who disapproved of his economic actions.

The poll was conducted between June 11 and June 17, however it’s unclear how many Democrats were surveyed.

A slip in Democratic approval comes as Biden and Democrats have failed to pass several key promises, such as the infrastructure package. Biden has sought to hike taxes for corporations and households making more than $400,000 but has faced pushback from Republicans. (RELATED: Biden’s Poll Numbers In Iowa Are Tanking)

The Biden administration has negotiated another infrastructure package with a group of bipartisan senators that totals near $1 trillion following weeks of negotiations.

“After months of careful negotiation, of listening, compromising, together and in good faith moving together, with ups and downs and some blips, a bipartisan group of senators got together and they forged an agreement to move forward on the key priorities of my American Jobs Plan,” Biden said Tuesday. 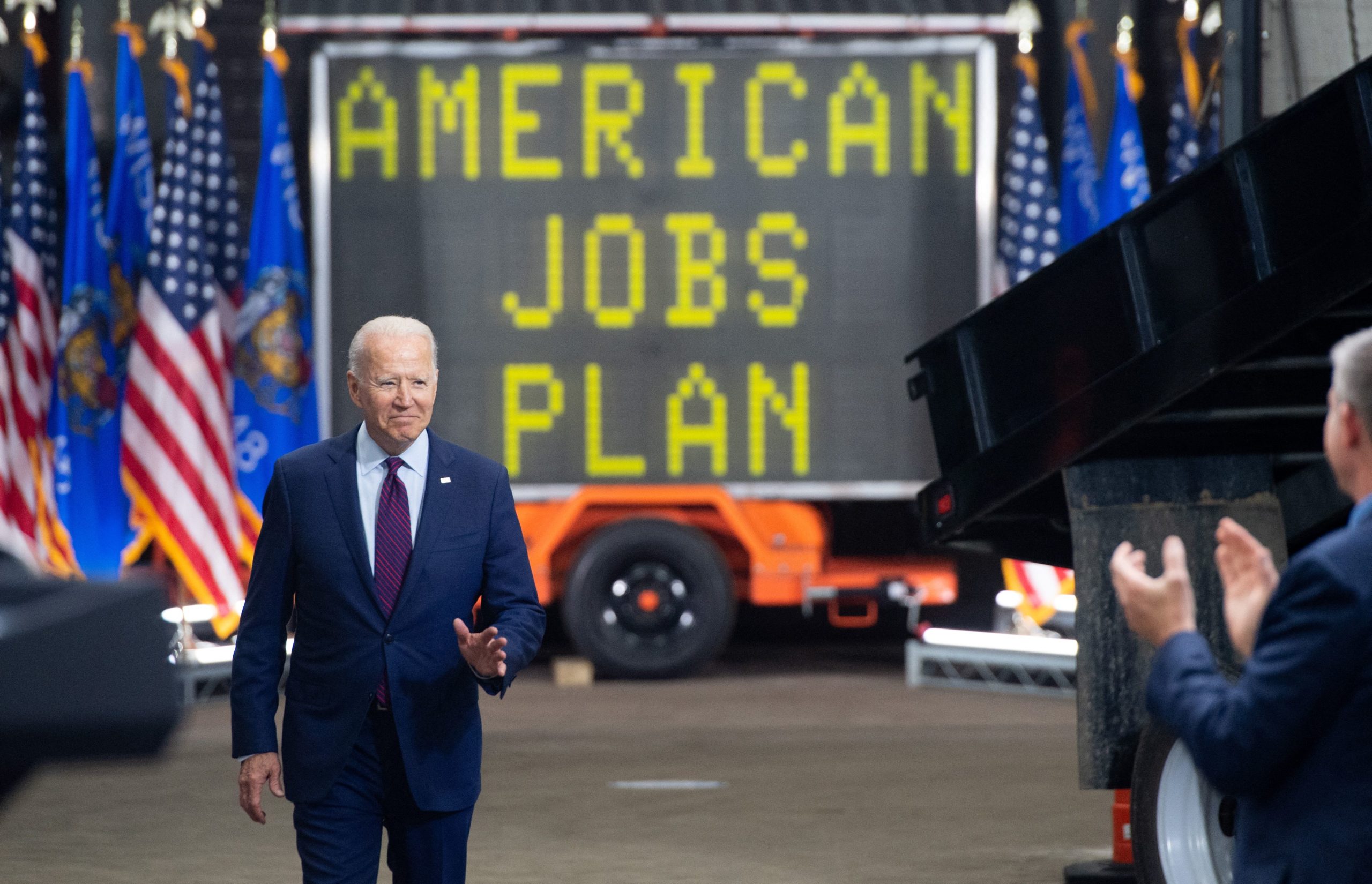 Biden has a 55% approval rating overall, which is a stark contrast to that of his predecessor former President Donald Trump, who had a 36% approval rating at the same point four years ago, according to the poll.

Despite a majority of those polled approving of Biden’s performance, Biden’s approval rating for the economy dropped four percentage points from a similar survey conducted in April. Only 35% of those polled believe the economy is heading in the right direction while 44% reported feeling “very concerned” about rising prices.

“He’s in a delicate position with respect to the economy,” Columbia University political scientist Donald Green said, according to Reuters. “His coalition ranges from people in high tech sectors to suburban swing voters to more traditional Democrats. They all want different things from the economy.”

Despite concerns over the economy, Biden has a 65% approval rating among those polled when it comes to the coronavirus, which could be his saving grace.

“Right now, the dynamic is: you handle the virus, and you handle the economy,” Senior Fellow at the Brookings Institution Elaine Kamarck said, according to Reuters.

The national unemployment rate has fallen 0.3 percentage points to 5.8% in May, according to data from the Bureau of Labor Statistics. When broken down among race, however, the unemployment rate for black Americans was 9.1%, compared to 5.1% for white Americans.