The building official who gave the collapsed Surfside condo a clean bill of health in 2018 has been put on leave from his current job as the interim building official for Doral, Florida, the city said, according to The Wall Street Journal.

Rosendo Prieto worked as the building official in Surfside for about seven years, serving in the role during the 40-year recertification inspection process for the Champlain Towers South building. Prieto had started working for the city of Doral on May 3 as an employee of C.A.P. Government Inc., which provides building department services to governments, Doral officials told The Wall Street Journal.

Doral said in a Monday statement shared with the Daily Caller News Foundation that Prieto was on a leave of absence from C.A.P. Government Inc.

Surfside released an email chain Friday that showed a condo board member had forwarded a nine-page report in November 2018 to Prieto that cited a “major error” in its design that allowed water to pool near the base of the building, as well as warned of “major structural damage,” according to the Wall Street Journal.

Prieto described the building as being in “very good shape” in minutes from a condo board meeting he attended after receiving and reviewing the report, according to NPR. 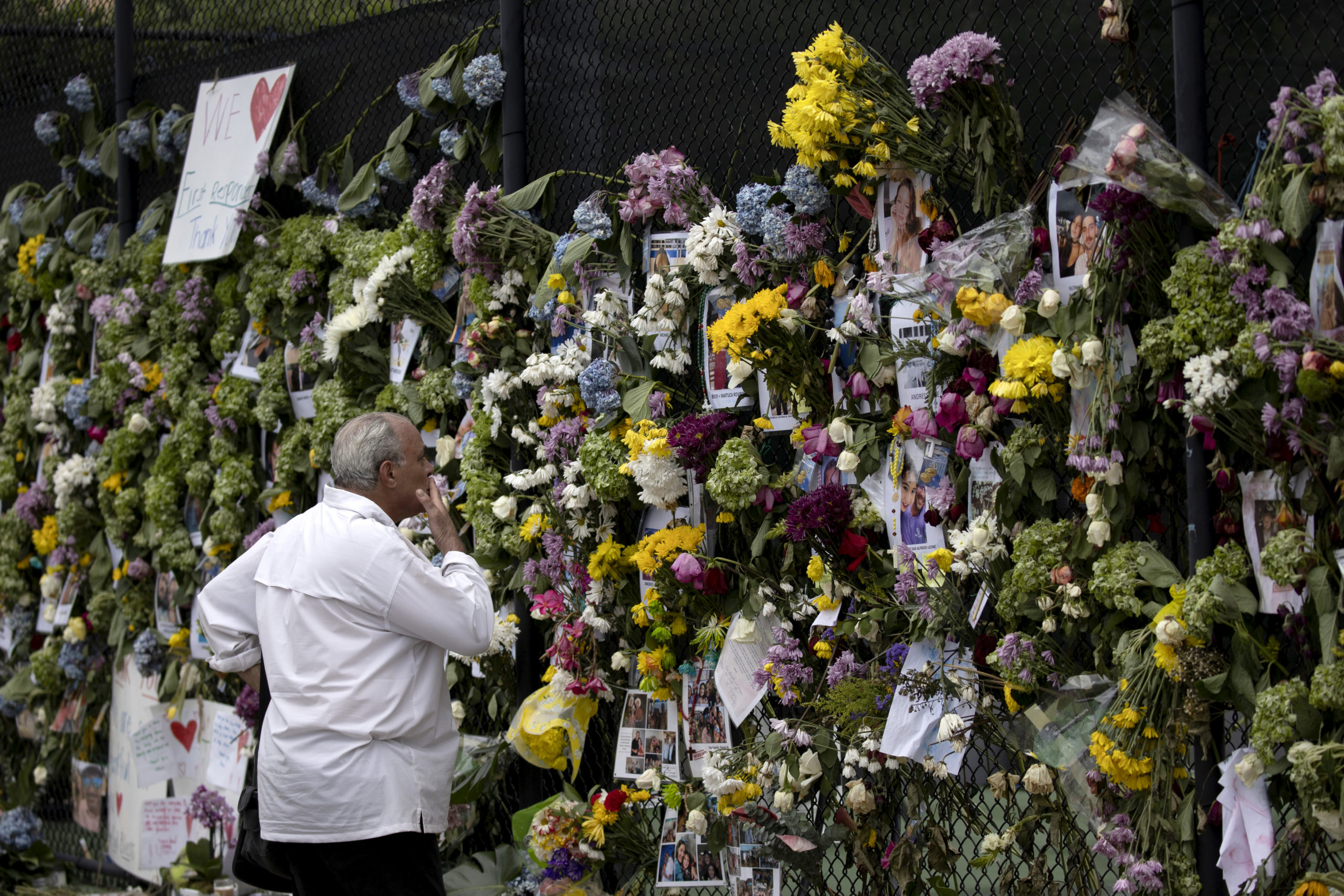 A man looks at a memorial that contains pictures of some of the missing from the partially collapsed 12-story Champlain Towers South condo building on June 29, 2021 in Surfside, Florida. (Photo by Joe Raedle/Getty Images)

“The documents pointed to many deficiencies that needed to be addressed and should have been addressed,” Surfside Mayor Charles Burkett, who was not in office in 2018, told the Wall Street Journal. (RELATED: Survivor Of Miami Building Collapse Gives Chilling Account Of Escape)

Prieto had previously worked in a variety of construction jobs in South Florida, working as a licensed general contractor since 1991 and an inspector since 1997, the Wall Street Journal reported. He was the building inspector when Biscayne Kennel Club in Miami Shores collapsed in 1997, the Sun-Sentinel wrote at the time. The collapse of the dog track killed two men and injured three other workers.

Prieto has filed for bankruptcy twice, once in 2002, which was approved, and once in 2012, where, according to federal court documents, his case was tossed out by the bankruptcy court, the Wall Street Journal reported.

Prieto did not respond to a request for comment.