Top White House aides have come to Vice President Kamala Harris’ defense in the wake of reports her office is poorly run, with increasingly low morale among staffers, according to Axios.

A Politico story released Wednesday described Harris’ office as an “abusive environment,” with chief of staff Tina Flournoy accused of ignoring the ideas of staffers, while also blaming them for failed initiatives.

“People are not fighting every day,” Symone Sanders, Harris’ senior adviser, told Axios. “There’s not consternation among aides. That is not true. … I hear that there are critics. Those who talk often do not know and those who know usually are not the ones talking.”

“She’s delivering for the American people on immigration, small business, voting rights, and economic growth,” White House Chief of Staff Ron Klain told Axios in a statement. “The results speak for themselves: a decline of border arrivals from the Northern Triangle, improved vaccine equity, and increased economic opportunities for women.” 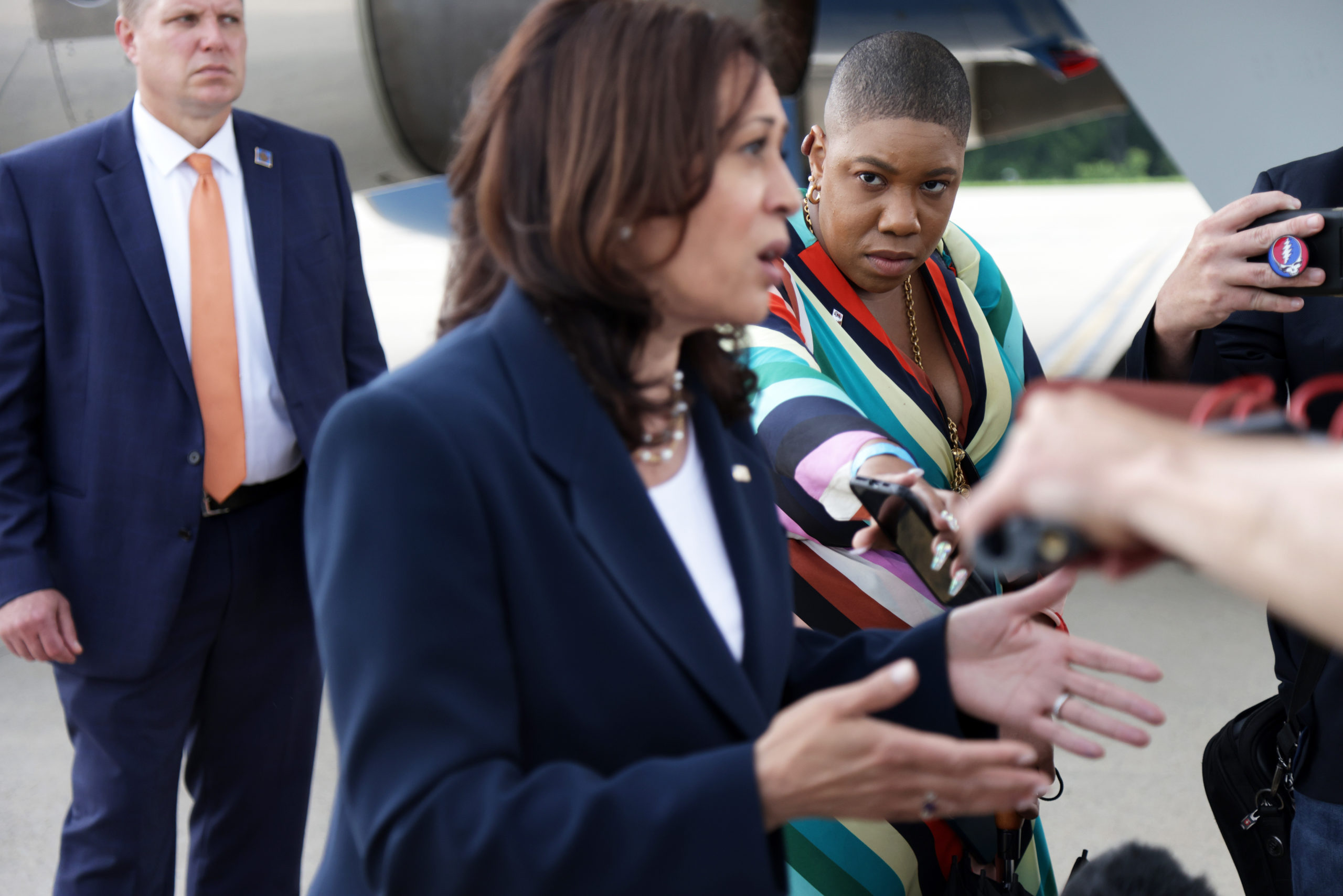 U.S. Vice President Kamala Harris speaks to members of the press as her press secretary Symone D. Sanders looks on at Greenville-Spartanburg International Airport before she boards (Alex Wong/Getty Images)

President Joe Biden’s senior adviser Cedric Richmond said the allegations were part of a “whisper campaign” meant to damage Harris. “Not one named person. That’s what bothers me most. We’re in a day where the stakes are high. You’d just hope if there’s a legitimate criticism they’d put their name next to it,” he said in an interview with Axios Thursday night. (RELATED: Biden Admin To Close Dozens Of Migrant Facilities, Including One Accused Of ‘Warehousing’ Children)

Harris’ recent missteps handling the border crisis have worried administration officials over whether the vice president can maintain Biden’s coalition if she becomes the Democratic nominee in 2024, according to Axios. While many consider Harris to be Biden’s heir apparent, Axios reported some Democrats worry Harris would be unable to beat whoever the Republican Party put on the ticket, even former President Donald Trump.