An anti-critical race theory (CRT) activist, Jessica Mendez, says that in June her employer was sent a flyer that called her an “active racist.”

“You should be ashamed to employ a known and active racist!” the flyer, obtained by Daily Caller, read. The flyer added, “Yes, what is wrong with her? She’s a racist!!”

It further showed photos of Mendez at various anti-CRT rallies protesting the curriculum of Loudoun County Public Schools. Loudoun County has been at the center of a revolt against the implementation of CRT in school curricula that has spread across the country.

“Before I was able to speak to my boss, I was worried that the defamatory mail calling me a racist could negatively influence their opinion of me,” Mendez told the Daily Caller. 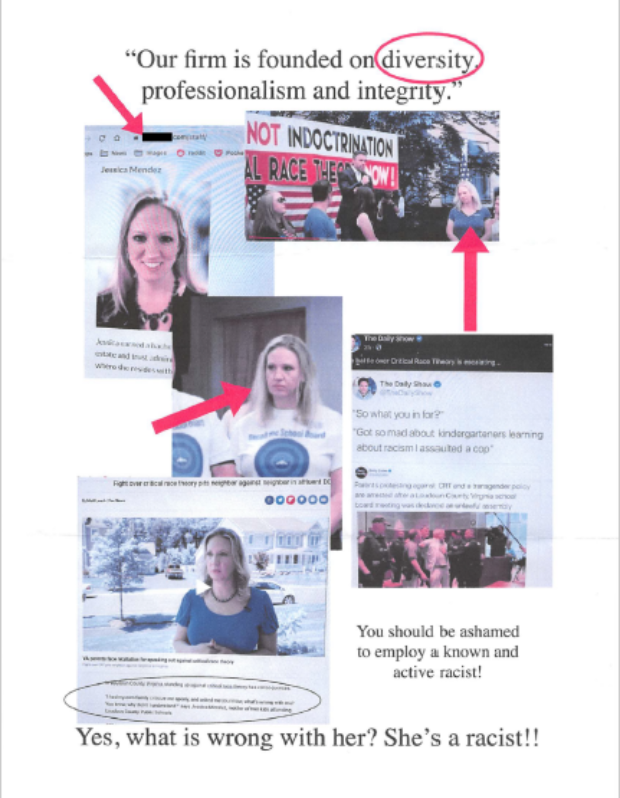 She went on to explain the history of her involvement with Fight for Schools, a nonpartisan PAC that supports elections for anti-CRT candidates.

“I felt called to action when a neighbor decided to put my friend on an enemies list created in a private Facebook group (Anti-Racist Parents of Loudoun County) that six of our nine school board members were members of. Some other parents and I met on my deck and decided we needed to stand up and fight for what is right,” she said.

“We formed Fight for Schools in order to recall the six school board members who broke laws, violated the responsibilities of their elected positions, and destroyed the trust of the community they serve,” she added. (RELATED: Anti-Racism Activist Compares Criticism Of CRT To KKK, Segregation)

After her boss heard her explanation about her involvement in Fight for Schools, she said, “he recognized that I did not do anything wrong and that I am the victim.”

Mendez was not the only person tied to Fight for Schools who said they received hate mail. Executive Director Ian Prior said a second flyer was mailed to his home, which said, “The only reason we need to fight for schools is because of you!”

“It’s worth the price of a stamp and ink to tell you are Tuckems wannabe trash and a cancer to this community and Loudoun County,” the flyer said. (RELATED: The Founders Of Critical Race Theory Once Got Together And Marveled About How It Was Taking Over Education) 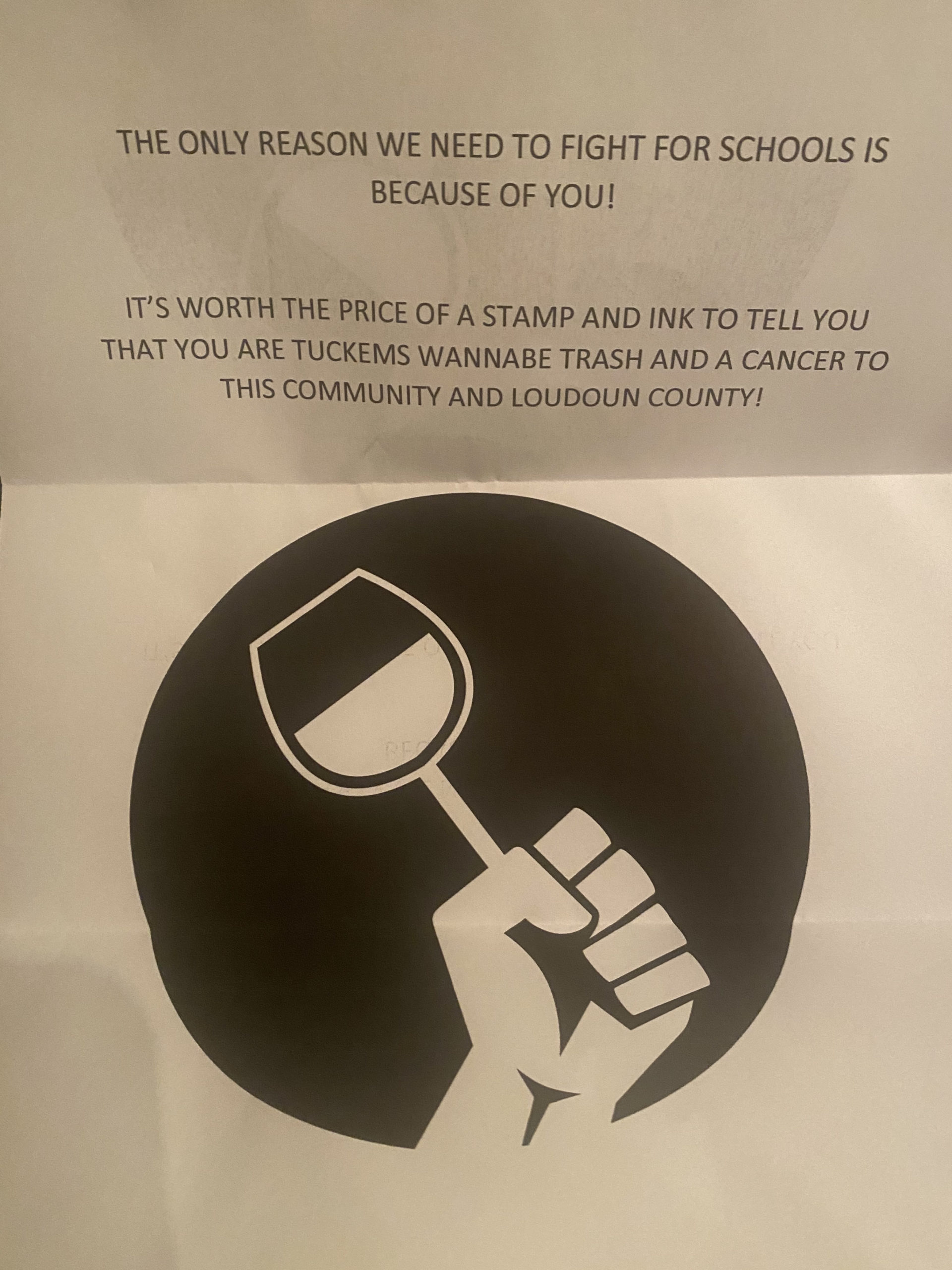 This was sent to the home address of an opponent of the use of critical race theory in Loudoun County Public Schools. (Release from FightforSchools.com)

“There is no other way to interpret this than an attempt to ‘injure, oppress, threaten, or intimidate’ individuals for expressing their constitutional rights. There is a law against that —> 18 U.S.C. Section 241,” Fight for Schools said in a mass email.

The provision cited prohibits conspiring to “injure, oppress, threaten, or intimidate any person … in the free exercise or enjoyment of any right or privilege secured to him by the Constitution.” 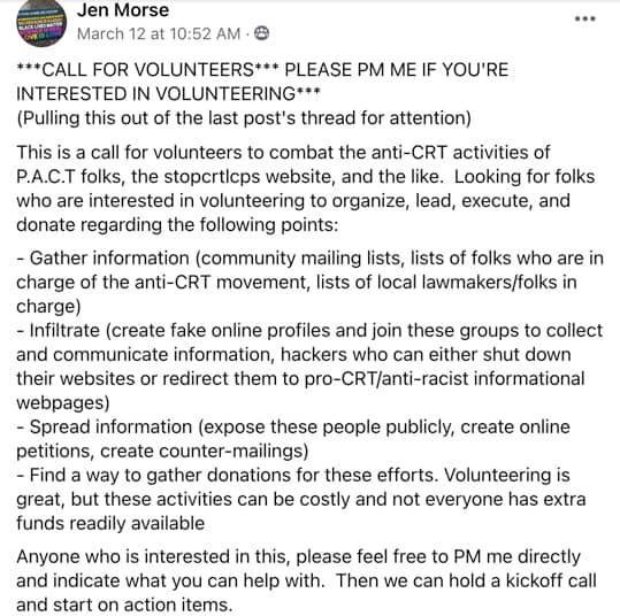 In a post on Twitter, Ian Prior presented a screenshot of a post from a secret Facebook group entitled, “Anti-Racist Parents of Loudoun County.” The group allegedly sought to target parents who opposed critical race theory in the county’s schools.

The revelation of the secret Facebook group sparked a recall campaign that made Loudoun County the epicenter of a grassroots revolt. In addition, officials vowed that opposition “can and will be silenced” and called for the termination of teachers and staff who oppose CRT.

“To the cowardly individuals that send these pieces of mail, be assured we are not intimidated and will only be more resolute in our mission to recall the school board,” the email concluded.