The funds received by the federal government as a result of the termination of the tax break will go toward roads, bridges, public transport, waterway and other infrastructure projects across the country, CNBC reported. The so-called employee retention credit currently enables businesses to receive a tax credit worth 50% of each employee’s qualified wages, capped at a maximum of $7,000 per employee per quarter.

The trillion-dollar Infrastructure Investment and Jobs Act would terminate the program Oct. 1, 2021. Previously, it was set to expire in early 2022.

The bill would allow some “recovery startups,” which are businesses founded after Feb. 15 of last year and earning less than $1 million in revenue, to continue benefiting from the credit until Jan. 1, 2022.

A group of bipartisan senators introduced the compromise infrastructure package on Sunday after more than a month of negotiations. (RELATED: Trump Erupts After Republicans Move Forward With Bipartisan Infrastructure Deal) 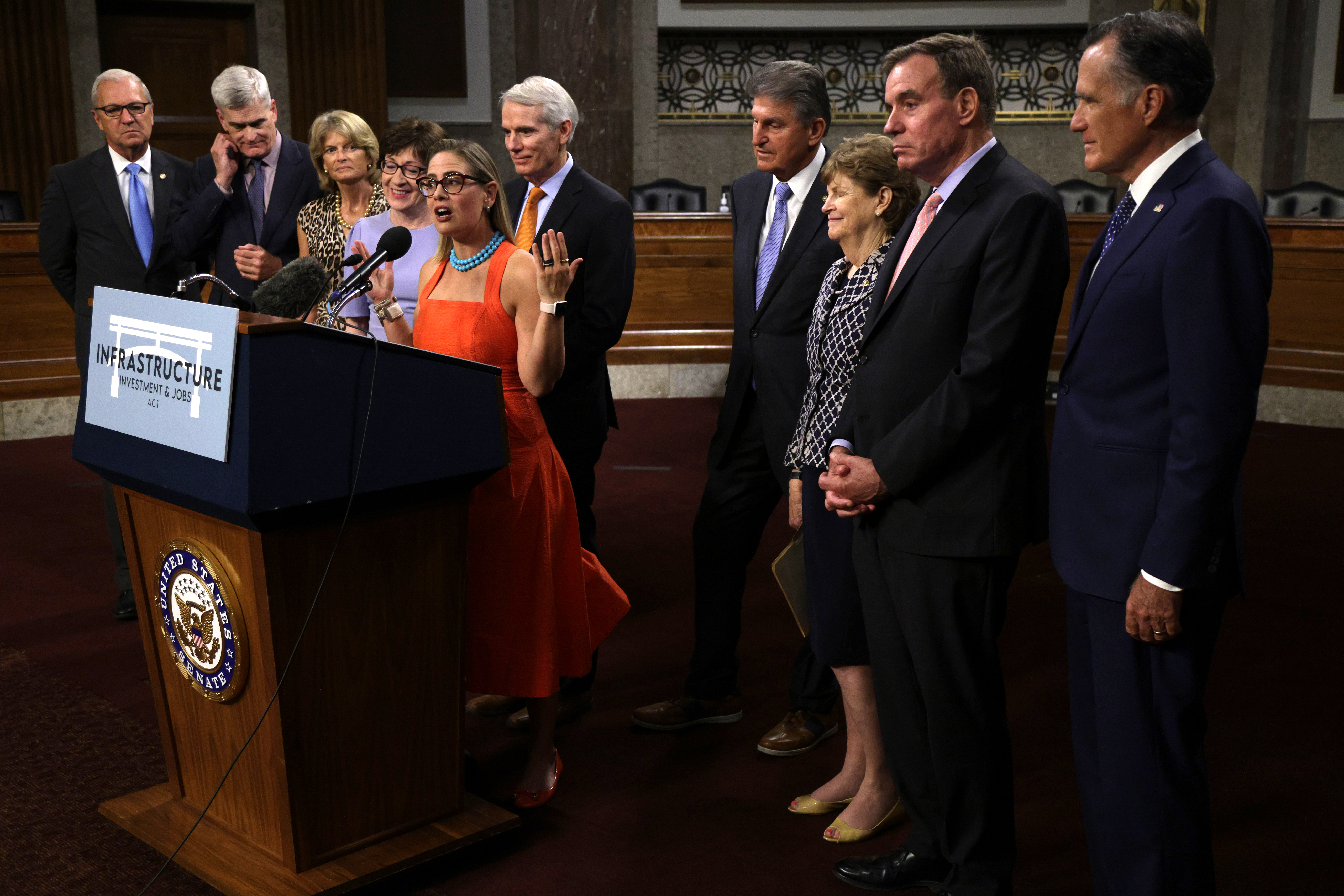 “Over the last four days we have worked day and night to finalize historic legislation that will invest in our nation’s hard infrastructure and create good-paying jobs for working Americans in communities across the country without raising taxes,” the group, which included Sens. Rob Portman, Kyrsten Sinema and Mitt Romney, said in a statement Sunday.

The tax credit was first introduced in the March 2020 Coronavirus Aid, Relief, and Economic Security Act and was extended in the recent American Rescue Plan, according to CNBC. It was applicable to companies of all sizes and intended to prevent broad layoffs amid the pandemic-induced recession, the Treasury Department said.

The Senate is expected to hold a floor vote on the bipartisan legislation this week, the New York Times reported.