MCALLEN, Texas — Migrants who illegally crossed the border into the U.S. said immigrating legally is only an option for privileged people.

“We all don’t have the same capacity or the same opportunity,” a Honduran man who had just crossed into the U.S. illegally with a group into La Joya, Texas, told the Daily Caller News Foundation Saturday night. “Only privileged people can cross legally.”

Migrants may pay smugglers between $7,000 and $14,000 to enter the U.S. illegally, and the fee includes multiple tries if the person is deported from the U.S., Reuters reported. Becoming a U.S. citizen, however, takes years and can cost between $4,000 and $12,000 according to the Economic Times.

“Coming legally is difficult. Almost impossible. I have my dad here that’s a resident and is applying for citizenship,” a man told the DCNF with tears in his eyes. He left Ecuador with his young son to meet family members in the U.S.

“To get the papers it takes a minimum of 14 years, by then I’ll be dead,” the man told the DCNF. “Like I told you, we’re being threatened with death.” 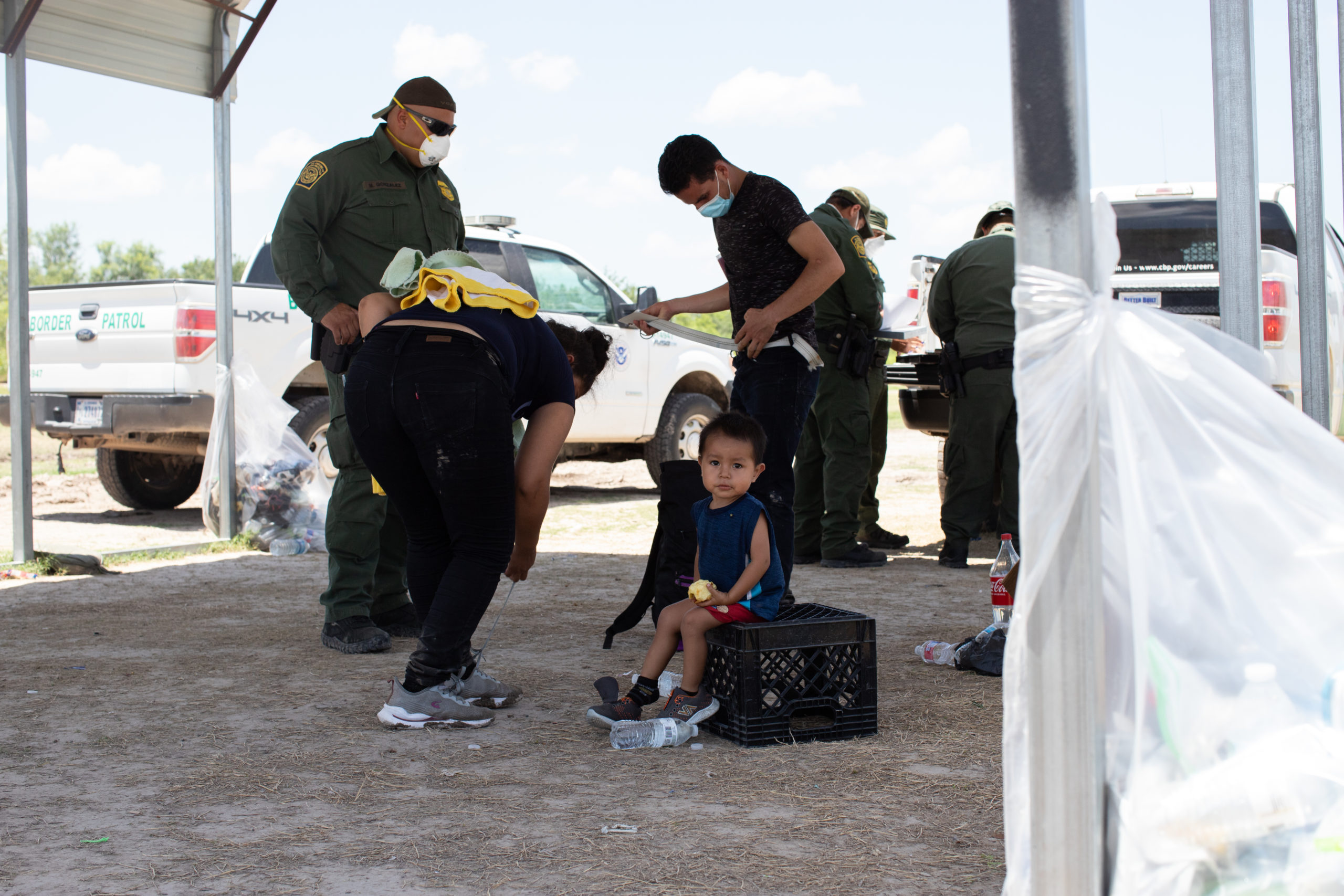 A Honduran man with the group said, “the rest of them do it [cross legally] because they have the money, they have a lot of money and one does this because they’re low on resources.”

A woman from Honduras said she paid $7,000 for her, her son and her father. Some cartels charge Central Americans $14,000 for three attempts at illegally entering the U.S., according to Reuters.

“Everyone pays a different price, we paid $7,000,” a female from Honduras told the DCNF shortly after illegally entering the U.S.

Migrants who want to enter the U.S. legally spend between $3,000 and $10,000 on legal fees, medical exams and vaccinations, and an additional $725 to apply for U.S. citizenship and biometrics collections, according to the Economic Times. They’re also expected to pay several fees including petitions with the U.S. Citizenship and Immigration Services which cost between $460 and $700.

Some migrants who illegally enter the U.S. are issued bracelets that reflect their status with smugglers or cartels, Reuters reported. (RELATED: Biden Admin Is Reportedly Flying Migrants To A West Texas Town Before Releasing Them)

The “information on the bracelets represents a multitude of data that is used by smuggling organizations, such as payment status or affiliation with smuggling groups,” Customs and Border Protection (CBP) spokesperson Matthew Dyman told Reuters.

One Honduran migrant who declined to give his name to Reuters said he paid $500 in order to not be targeted for kidnapping or extortion in Mexico and that he would receive another bracelet after paying to cross the river, Reuters reported. A smuggler told Reuters the bracelets are used to mark those who have paid to move through areas controlled by the cartel “so there aren’t killings by mistake.”

Border officials encountered nearly 190,000 migrants at the southern border in June, according to CBP Data. Over 103,000 of those encountered in June were expelled under a Trump-era public health order that officials have used to remove around 752,000 migrants since October 2020.