The Biden administration acknowledged that just 11% of Congress’ rental assistance funds has been distributed to renters.

U.S. renters have received just $5.2 billion of the $46.6 billion in funds that Congress appropriated for the Emergency Rental Assistance (ERA) program in the two most recent pandemic stimulus packages, according to data released by the Department of the Treasury on Wednesday. The Biden administration has repeatedly shifted the blame to states, which it says have fallen behind on disbursing the assistance to low-income renters facing potential eviction.

“Treasury continues to use every lever at its disposal to urge states to distribute assistance to renters and landlords swiftly,” the agency said.

The Treasury Department has given $25 billion and made 40% of the remaining $21.6 billion in ERA funds available to states. (RELATED: ‘Not The Answer’: Landlords Slam Biden’s Eviction Moratorium Extension, Ask Federal Court To Intervene)

States have steadily picked up the pace in disbursing ERA funds to residents who meet the federal government’s qualifications for receiving assistance, but have still failed to efficiently get funds into the hands of those in need, according to the Treasury data. Virginia and Texas, which have had the most success distributing the rental assistance, have awarded 53% and 46% of their allocated funds as of July 31. 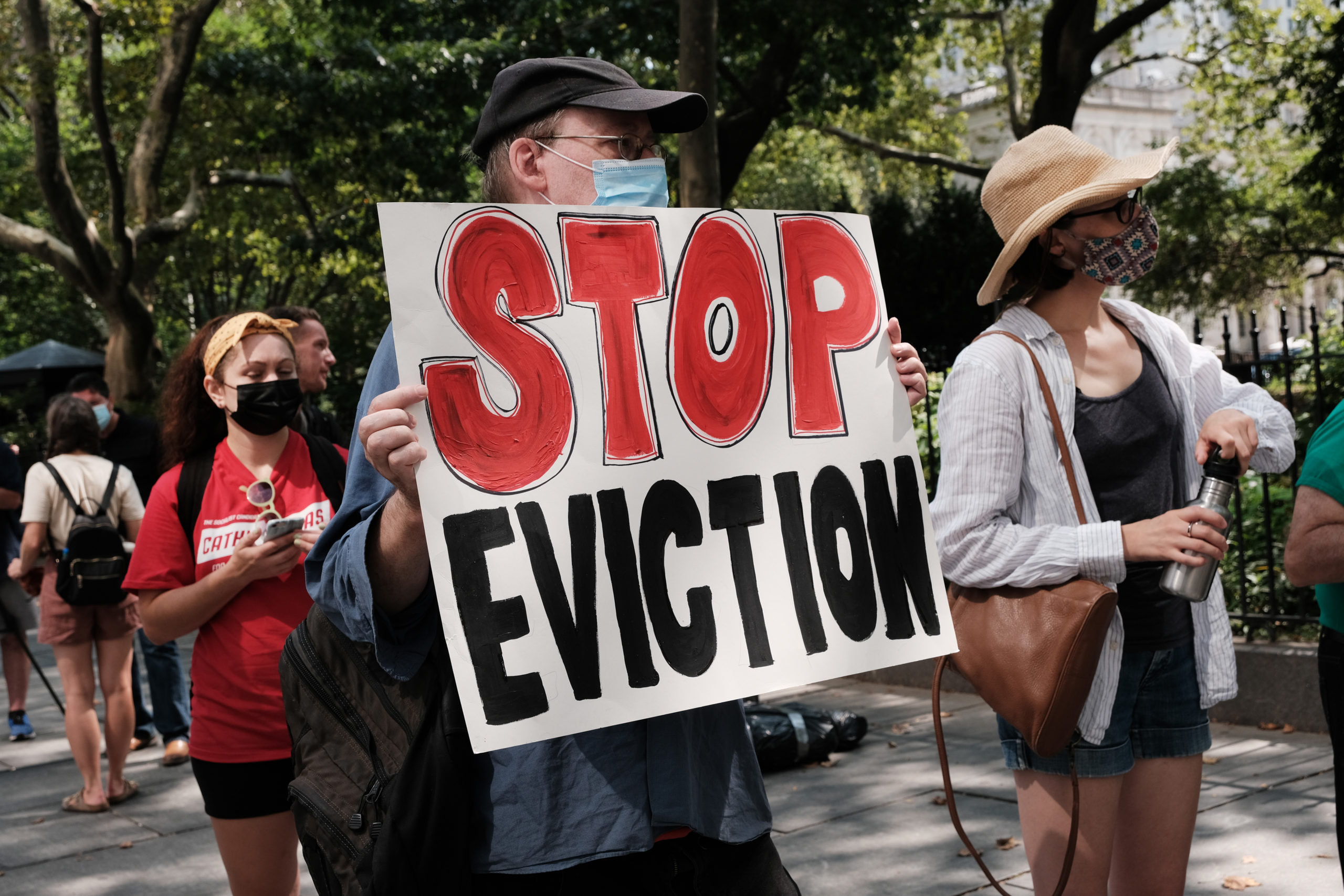 “One of the biggest challenges many state and local government programs continue to face in getting assistance to renters and landlords is application processing delays,” the Treasury Department said. “According to public dashboards, hundreds of thousands of applications are in the pipeline beyond those that have already been paid.”

Meanwhile, the Supreme Court is expected to soon rule on the constitutionality of the eviction moratorium extension recently issued by the Biden administration. The high court previously upheld the moratorium, but indicated it couldn’t be extended beyond July 31 without congressional authorization.

About 12 million Americans said they had little to no confidence in being able to make their next rent payment, according to a recent Census Bureau survey. More than 7.9 million renters said they are behind on rent in the same survey.

“The Biden Administration is failing to provide Emergency Rental Assistance to Americans in need,” McHenry told the Daily Caller News Foundation last month. “With millions of families worried they’ll lose their homes … we need to act now to correct this gross mismanagement.”

“But instead of working with us, Democrats are more focused on their progressive agenda — leaving renters twisting in the wind,” he added.