“Around half of all housing providers are mom-and-pop operations, and they also struggle,” NAR spokesperson Patrick Newton told the Daily Caller News Foundation. “Without rental income, they cannot pay their own bills or maintain their properties.”

“NAR has always advocated the best solution for all parties was rental assistance paid directly to housing providers to cover the rent and utilities of any vulnerable tenants during the pandemic,” he added. “No housing provider wants to evict a tenant and considers it only as a last resort.” (RELATED: ‘A Full-Scale Failure’: Rep. Patrick McHenry Rips Biden For Requesting Eviction Moratorium Extension)

On Tuesday, the Centers for Disease Control and Prevention (CDC) extended the eviction moratorium, which had expired Saturday, for regions with “substantial and high” coronavirus transmission until early October. CDC Director Rochelle Walensky said it was the “right thing to do to keep people in their homes.” 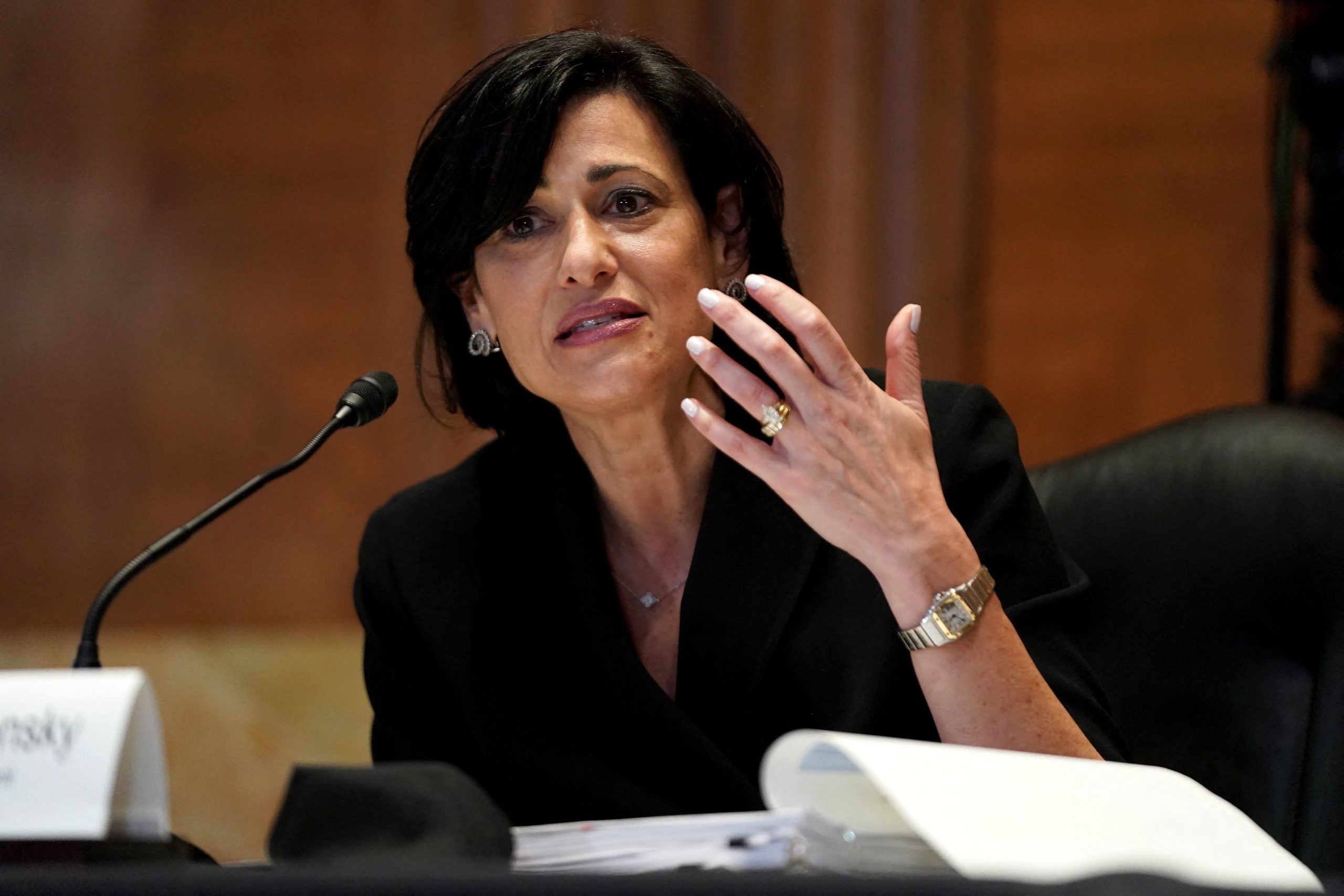 CDC Director Rochelle Walensky testifies during a Senate hearing in May. (Greg Nash/Pool/AFP via Getty Images)

The GAR, which has already sued the federal government over the original moratorium, told the DCNF that like the NAR it was assessing all legal avenues regarding the new CDC order. Late Wednesday, the GAR and Alabama Association of Realtors asked a federal district court to immediately block the new moratorium.

“By and large, housing providers do not want to evict tenants,” GAR President Dorrie Love said. (RELATED: Here’s Why ‘The Squad’ Is Camping Out On The Steps Of Capitol Hill)

In June, Supreme Court Justice Brett Kavanaugh wrote a brief opinion in favor of the GAR and other plaintiffs, saying that further extensions would need to be congressionally approved. Days before the moratorium was set to expire last week, President Joe Biden urged Congress to pass legislation extending the moratorium.

The president ultimately pushed for an extension after repeated demands from House Speaker Nancy Pelosi and progressive Democratic lawmakers who staged a multi-day protest outside the Capitol. The Democrats argued they wouldn’t be able to garner enough votes in the Senate to pass such legislation.

Before his administration’s CDC officially extended the moratorium, Biden acknowledged the move was likely unconstitutional given the Supreme Court’s decision.

“The bulk of the constitutional scholarship says that it’s not likely to pass constitutional muster,” Biden told reporters. “But there are several key scholars who think that it may and it’s worth the effort.”

White House Press Secretary Jen Psaki said the president wouldn’t have moved forward with the renewed moratorium if he “didn’t feel comfortable and confident in the legal justification” during a press briefing Wednesday.

Harvard Law professor Laurence Tribe was among the few experts who recommended an extension, according to a Capitol Hill insider newsletter. Tribe reportedly encouraged White House officials in private to go ahead with the extension and later applauded Biden for the targeted action. 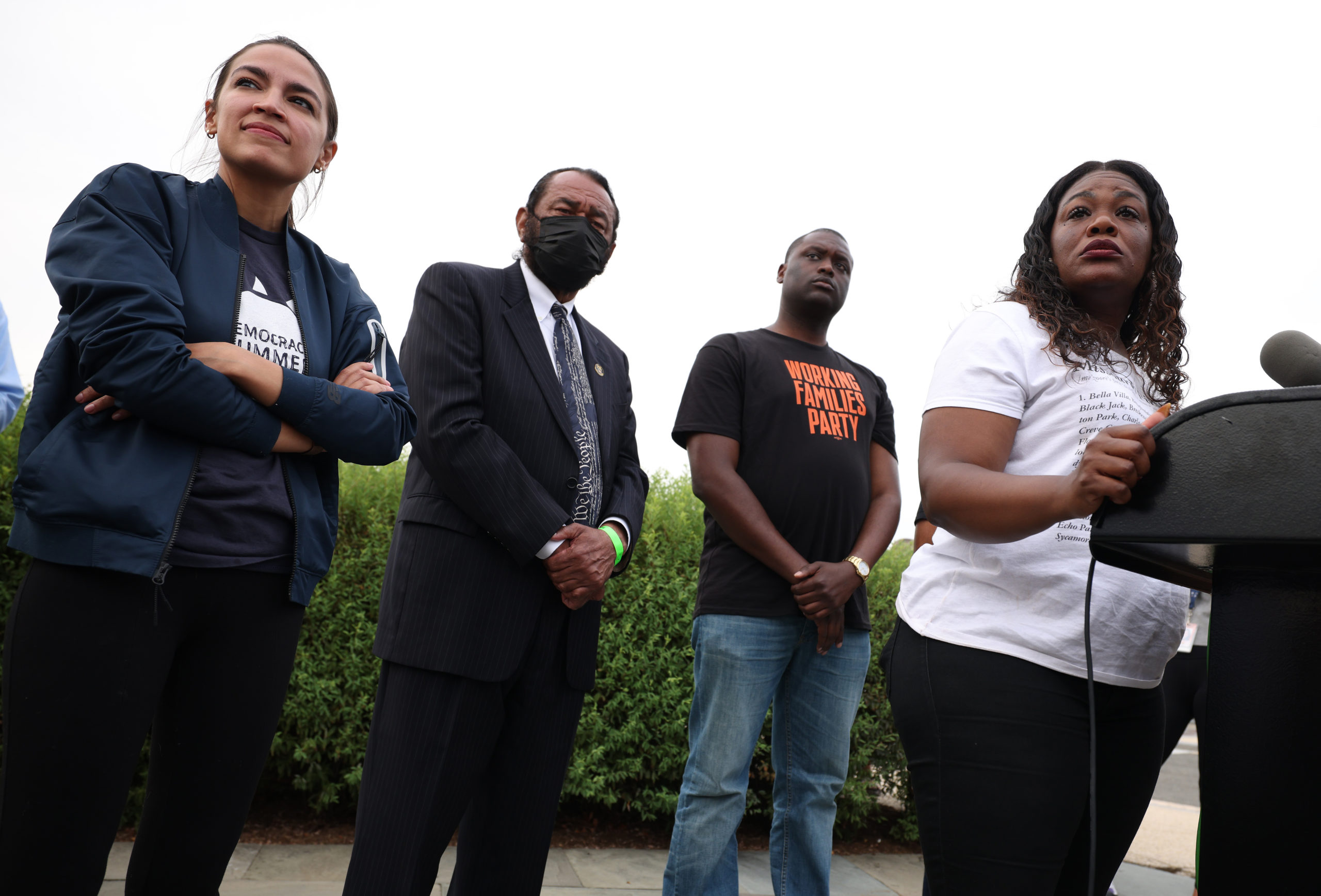 “Eviction moratoriums are not the answer,” NAA spokesperson Nicole Ryan told the DCNF. “They are not a sustainable long term solution and what we’re seeing now is the Biden administration and Congress essentially kicking the can down the road and leaving not only renters but rental housing providers with this huge unfunded amount of debt.”

Mom-and-pop operations that rent a small number of properties and have slim margins are the landlords most affected by the moratorium, Ryan said. The NAA, which was among the first groups to sue over the original moratorium, is examining all legal options moving forward, she added.

The NAA, along with other landlord groups, filed a separate lawsuit against the Biden administration late last month arguing the federal government owed property owners back-rent that has accumulated since the eviction moratorium was first put in place. The complaint alleged that approximately $57 billion is currently owed in back-rent by more than 10 million delinquent tenants.

Federal law requires tenants to pay all back-rent they didn’t pay throughout the pandemic after the moratorium expires, according to the National Low Income Housing Coalition. 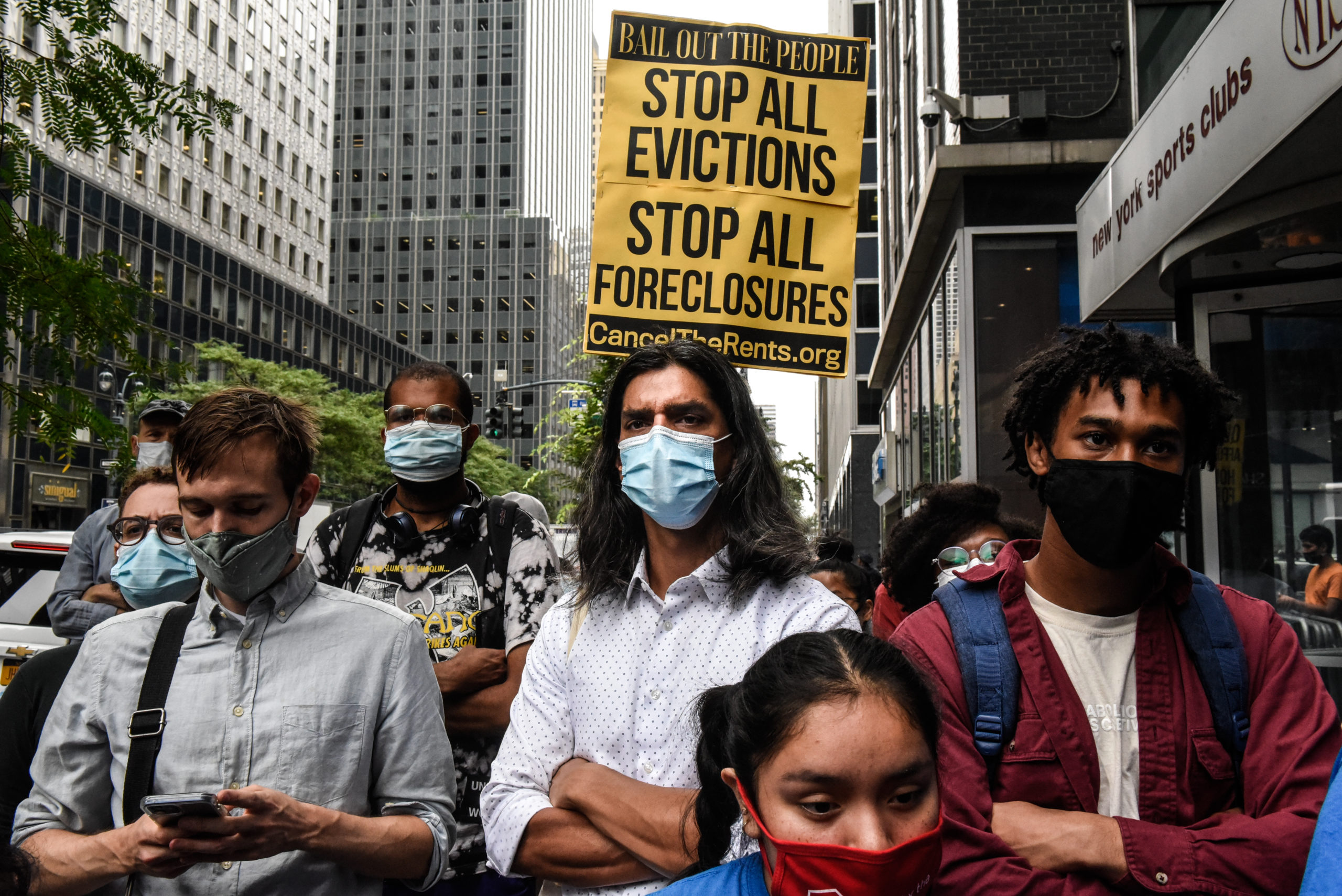 People participate in a protest for a moratorium on evictions on Wednesday in New York City. (Stephanie Keith/Getty Images)

“The courts made clear the CDC lacks the authority to extend the eviction moratorium. Even President Biden admitted this fact,” House Financial Services Committee Ranking Member Patrick McHenry said in a statement. “Now the Administration is attempting to skirt the judicial branch with this half-baked idea that does nothing to actually help renters.”

McHenry had previously criticized the administration for its mishandling of Emergency Rental Assistance (ERA) funds Congress appropriated in an effort to support tenants after the moratorium expires. The Treasury Department recently admitted it had only distributed $3 billion of the nearly $47 billion allocated for the ERA program.

George Washington University law professor Jonathan Turley was among the experts who slammed the president for continuing the moratorium even after admitting most scholars believed it was unconstitutional. He accused the president of willfully ordering an illegal policy to buy time before a court struck it down.

“It was just six months ago that President Biden swore (to) uphold the Constitution,” Turley tweeted. “Chief Justice Roberts did not include (an) option for unconstitutional acts in the name of a good cause or when convenient.”

“We must be vigilant against attempts to use this crisis as an excuse to further erode private property rights, enlarge federal power beyond constitutional limits, rewrite legislation by executive order, or deny fellow citizens their fundamental right to access the courts, enter into enforceable contracts, and to possess private property,” Griffith said. “This moratorium is unlawful and unconstitutional.”