Around 300 migrants from Central America, Cuba and Haiti left Tapachula, Mexico, and a few hundred other migrants joined the group as it made its way north, according to the AP. Tapachula is more than a 1,000-mile drive from Hidalgo, Texas, where hundreds of migrants try to illegally enter the U.S.

The group was allowed to pass through an immigration checkpoint after traveling for around eight hours before they were stopped by Mexican National Guardsmen, the AP reported. The troops arrested some of the migrants, while others ran away. One immigration official reportedly kicked a migrant who was laying on the ground.

Around 200 migrants made it to Huixtla, Mexico, around 30 miles northwest of Tapachula, on Saturday night, Rev. Heyman Vazquez said, the AP reported. Vasquez is a priest in the town who works with migrants. 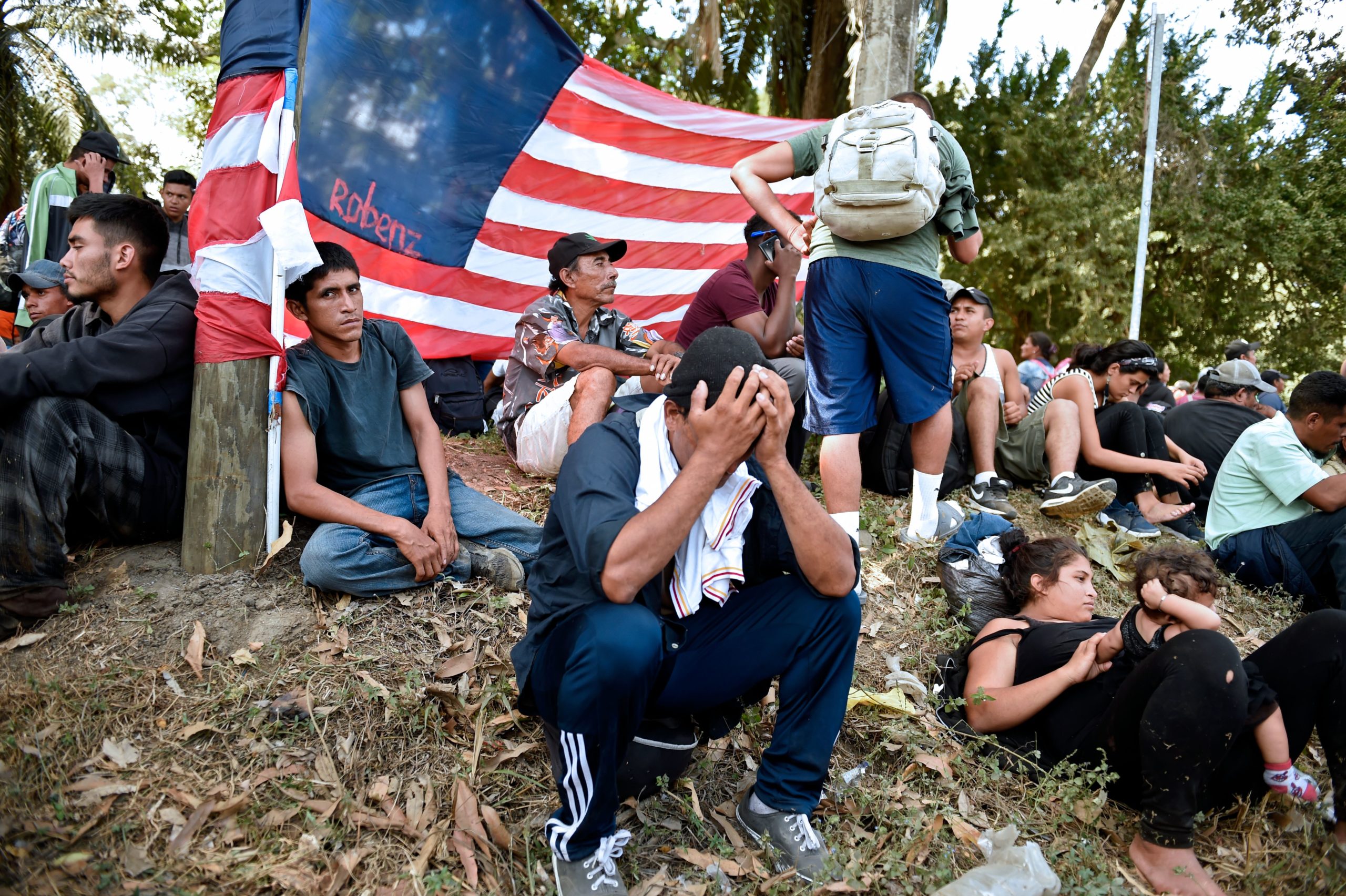 Central American migrants – mostly Hondurans heading in a caravan to the US – rest next to a US flag on their way from Ciudad Hidalgo to Tapachula, Chiapas State, Mexico, on January 23, 2020. (Photo by ALFREDO ESTRELLA/AFP via Getty Images)

Several migrants were injured during the incident, the Collective of Monitoring and Documentation of Human Rights of the Southeast reported, according to the AP. The organization reported migrants were put on buses and taken away from the scene. (RELATED: Another Migrant Caravan Is Coming For The Border)

Migrants stuck in Tapachula threatened to form a caravan and leave the town if Mexican officials didn’t help them with their immigration cases, the AP reported. The group consisted mostly of Central Americans, including many Haitians.

Over 14,000 Mexican National Guard troops and military members were deployed to southern Mexico to “stop all migration,” Defense Secretary Luis Cresencio Sandoval said Friday, according to the AP.

The migrants formed one of the largest caravans since the COVID-19 pandemic began, similar to the group that attempted to leave Honduras in January before being stopped in Guatemala, the AP reported.