Apple will allow some apps to link to their own subscription pages and avoid paying commissions, the tech giant announced Wednesday evening.

Apple’s current policy is to require app developers to use the tech giant’s billing system for all in-app purchases and subscriptions, allowing the iPhone maker to collect a 30% commission on all payments. Under the changes announced Wednesday, “reader” apps that provide content through subscriptions, such as Spotify or Netflix, will be allowed to create an in-app link to their websites and thereby avoid using Apple’s billing system.

The company agreed to the changes in order to end an investigation from the Japan Fair Trade Commission (JFTC), it said in the announcement, though the changes will apply globally. The JFTC was probing whether Apple’s app store policies violated Japan’s antitrust laws. (RELATED: How Can Antitrust Lawsuits Against Big Tech Succeed?)

“The focus of the App Store is always to create a safe and secure experience for users, while helping them find and use great apps on the devices they love,” Phil Schiller, the Apple Fellow who oversees the App Store, said in the announcement. “We have great respect for the Japan Fair Trade Commission and appreciate the work we’ve done together, which will help developers of reader apps make it easier for users to set up and manage their apps and services, while protecting their privacy and maintaining their trust.” 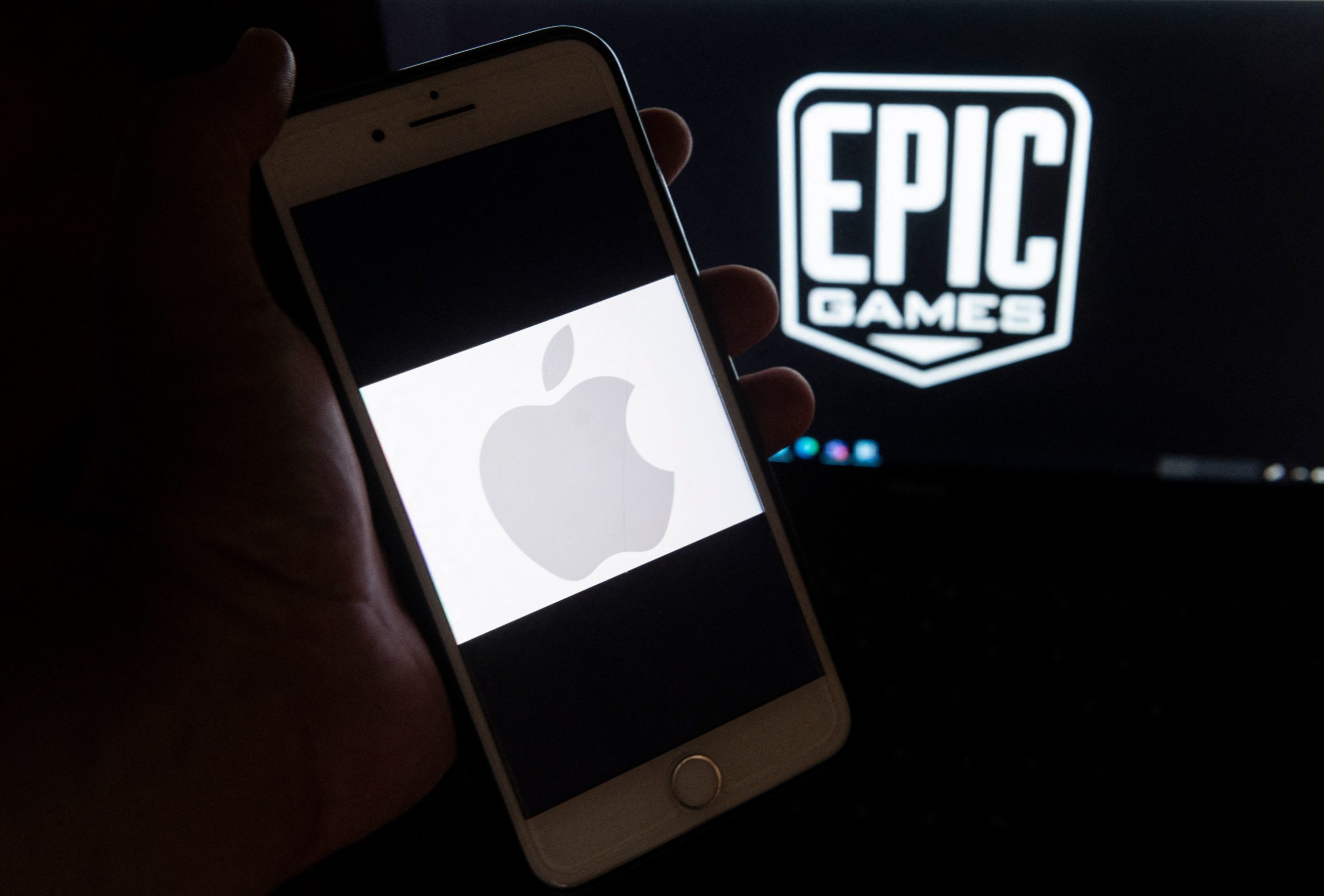 This illustration picture shows the logo from Epic Games displayed on a laptop and an Apple Logo on an iPhone in Arlington, Virginia on April 30, 2021. (Photo by ANDREW CABALLERO-REYNOLDS/AFP via Getty Images)

The announcement comes after Apple settled a class action antitrust lawsuit with game developers last week that resulted in changes to its app store policies. Under the terms of the settlement, Apple will permit all app developers to contact consumers about alternative payment methods, and publish a transparency report detailing its app store practices.

South Korea passed a law Tuesday preventing Apple and Google from requiring use of their in-app payment systems as a condition of app store distribution. The Korean law is similar to a bill introduced by Republican Sen. Marsha Blackburn and Democratic Sens. Richard Blumenthal and Amy Klobuchar earlier this month that sought to stop Apple and Google from forcing developers to use the tech giants’ payment systems.

Apple awaits a ruling in another antitrust lawsuit, filed by Fortnite developer Epic Games, alleging the iPhone maker illegally maintains a monopoly in iOS app store distribution and billing. The complaint was filed after Apple removed Fornite from its app store for implementing its own billing system.

The announced changes go into effect in early 2022, Apple said.