Hours after the Supreme Court declined to block a highly disputed Texas abortion law, Republican Florida Gov. Ron DeSantis signaled that he may be open to similar legislation.

The new law has particularly angered abortion advocates as it allows “any person” to sue doctors, abortion clinics, or anyone who “knowingly engages in conduct that aids or abets the performance or inducement of an abortion.” (RELATED: ‘Texas Taliban’: Abortion Law Is As Bad As Literal Terrorists, According To Liberal Activists)

“I’m pro life,” DeSantis said. “I welcome pro-life legislation. What they did in Texas was interesting, and I haven’t really been able to look at enough about it, they’ve basically done this through private right of action. So, it’s a little bit different than how a lot of these debates have gone.”

He suggested not to “read too much” into the Supreme Court ruling, adding, “They basically said it’s not right yet for a decision, but if it ends up going, then you could consider it at that time.”

“At the end of the day, the science on this has been very powerful now for a long time,” he said. “If you go back forty years ago, what people thought versus what they can see now, it’s very powerful. So I’ve always been somebody that really does support protections for life as best as we can do it.”

Abortion advocates, activists, and lawmakers have expressed fear and anger at both the Texas law and the the Supreme Court’s decision, warning that the events of the last few days spell “doom” for Roe v. Wade. Florida enacting its own Heartbeat Act would only increase this frenzy, particularly ahead of Dobbs v. Jackson Women’s Health Organization, which the Supreme Court will begin hearing in October.

It will be one of the first major abortion case in which all three of former President Donald Trump’s Supreme Court justice appointees participate, including Justice Amy Coney Barrett, who gained a seat on the court after a contentious confirmation process in October 2020. 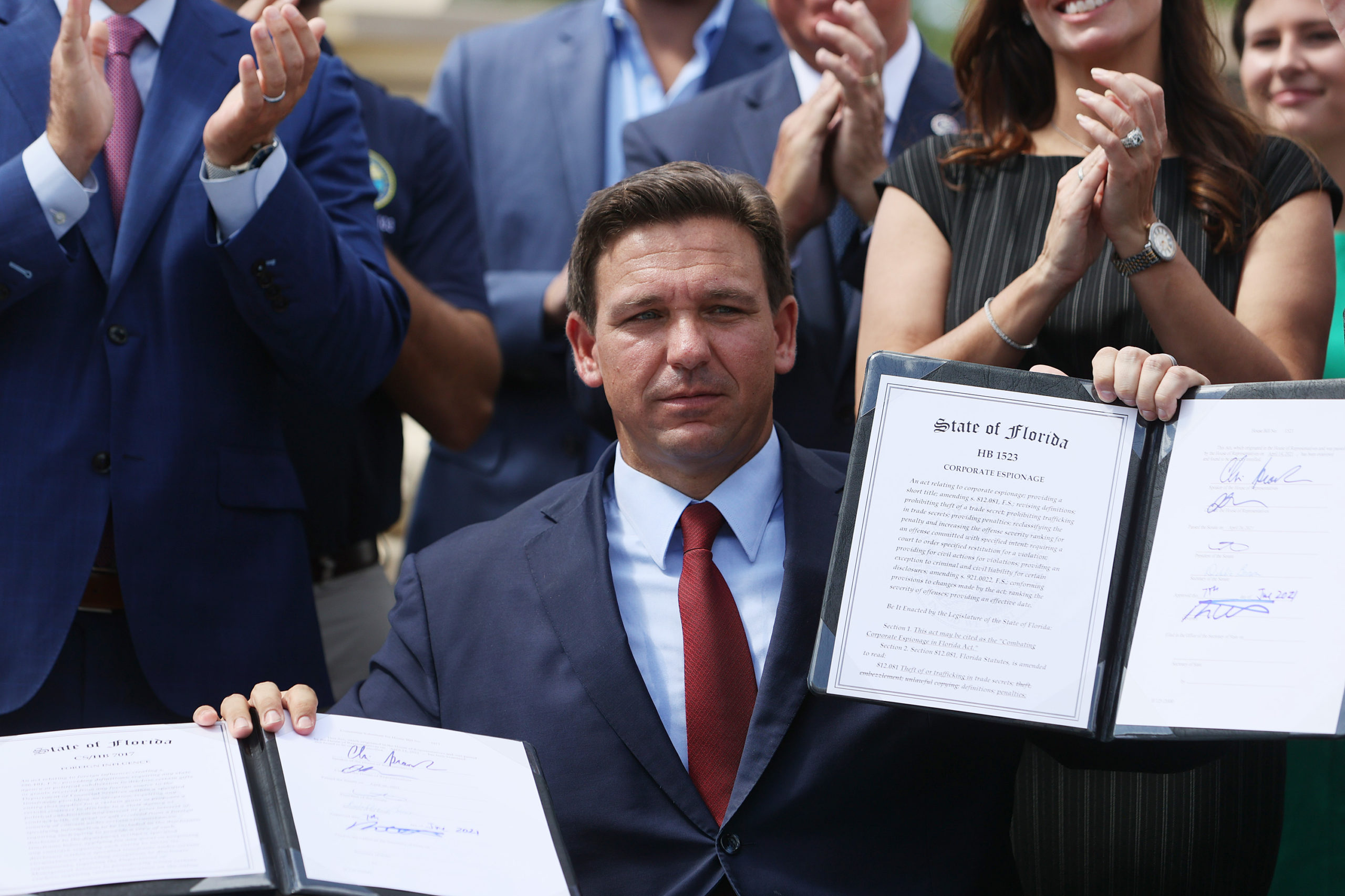 DeSantis’ Press Secretary Christina Pushaw told the Daily Caller News Foundation Thursday afternoon that though the governor is pro-life and is thus open to legislation like the Heartbeat Act, he cannot say for sure what type of law would be enacted in Florida “because he needs some time to look into the new Texas law in more detail.”

“The fact that the governor mentioned ‘the science’ supporting the pro-life position is important,” the governor’s press secretary said. “In the 1970s, not as much was known about the effects of abortion, but scientific knowledge has advanced in the last 40 years so we know much more today.”

“The more research is done about abortion, the more we learn about the risks and ethical problems it entails, independent of any religious teaching,” Pushaw continued. “Support for the pro-abortion movement has always depended on convincing people that a fetus is just a ‘clump of cells,’ not a human, but advances in science have made that argument obsolete.”