The recently-expired unemployment boost often paid better than working and, therefore, forced employers to compete with government programs when hiring workers, according to a Foundation for Government Accountability (FGA) paper shared exclusively with the Daily Caller News Foundation. Authors of the paper concluded that it is important for the nation’s economic recovery that Americans return to work soon.

“The negative response by some to these benefits expiring is a perfect example of a simple issue being overcomplicated, all in the name of more government,” FGA Senior Fellow Joe Horvath, who authored the paper, told the DCNF. “These federal unemployment benefits were created because governments forced businesses to close, and those closures eliminated jobs. Now, businesses are ready to reopen, ready to hire, and ready to pull themselves back from the brink.”

Small businesses have been forced to take desperate measures to attract workers and avoid closures amid the pandemic, according to Horvath’s paper.

“But people won’t return calls, they won’t return texts, they don’t return emails,” she continued. “We post things on all the social media sites, all the job boards. Everywhere. People just aren’t looking for work. They’ve got money, magically I guess in their minds, coming into their bank accounts and they’re not interested in working.”

Moores was one of several small business owners interviewed by the FGA for the paper, which found that the continuation of generous government welfare programs ultimately rewarded Americans who stayed at home while the economy opened up. 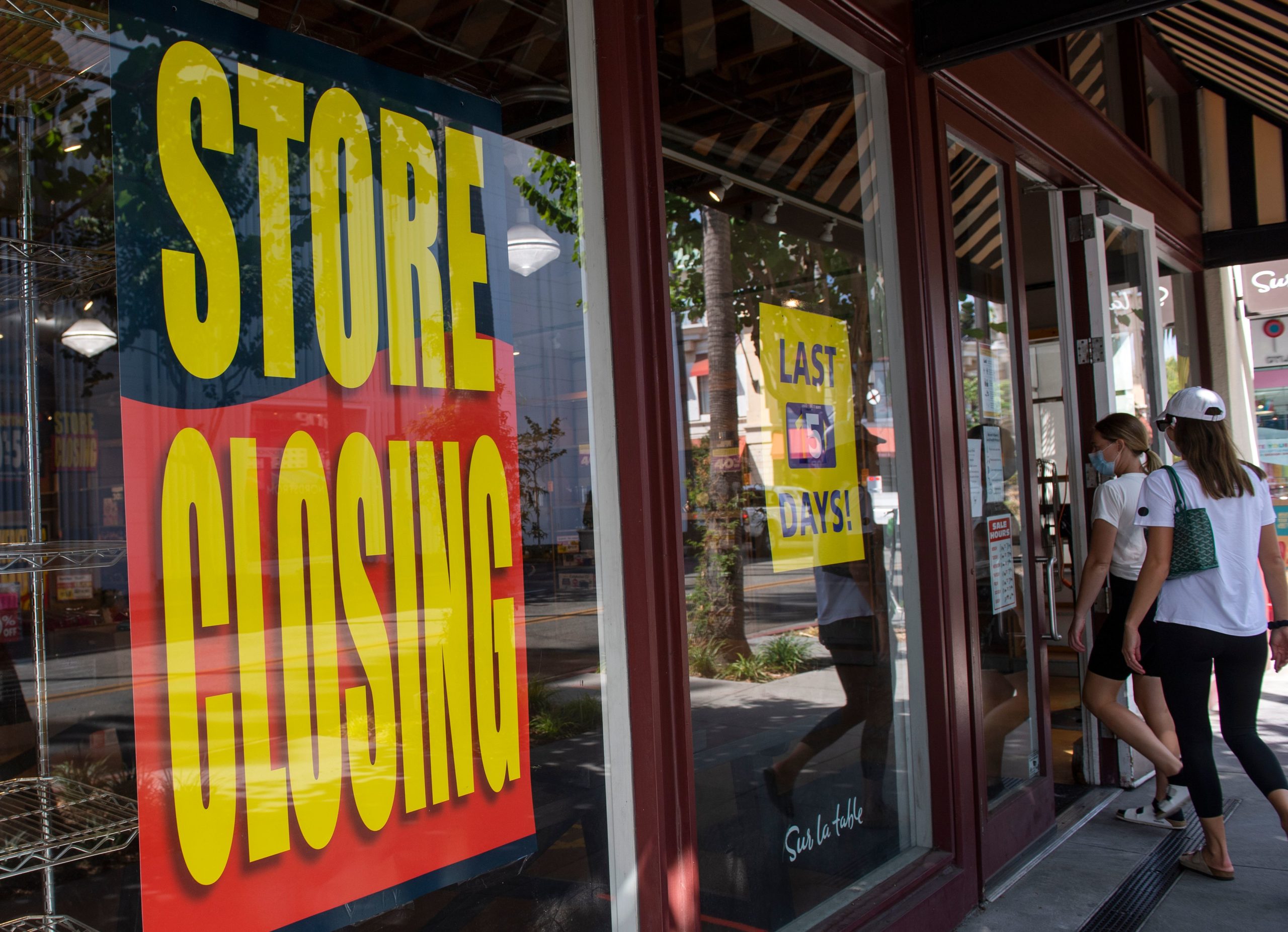 On Monday, the Federal Pandemic Unemployment Compensation (FPUC) program, which was introduced at the beginning of the pandemic and later extended, expired without pushback from the White House. The March 2020 Coronavirus Aid, Relief, and Economic Security Act implemented the program as a $600 weekly bonus and the American Rescue Plan extended it as a $300 weekly bonus.

Most states had withdrawn from the program by July 31, causing decreased jobless claims compared to the 24 states that remained enrolled. A study conducted by economists from Columbia University, the National Bureau of Economic Research and other universities found that the states that withdrew experienced 20% more job growth while a Goldman Sachs analysis concluded the expiration of emergency benefits led to unemployed people returning to work quicker.

The preliminary results of a study from the Mercatus Center at George Mason University released Sept. 3 supported the conclusions made by the researchers from Columbia University and other institutions. The Mercatus Center researchers, though, acknowledged that more data had to be collected to understand the full effects of increased unemployment benefits during the pandemic.

“The federal UI benefits, plus other cash-type welfare programs, added up to more than some people would make working full-time,” the FGA’s Joe Horvath told the DCNF. “You can’t blame individuals for making a rational choice.”

“But we also couldn’t afford to keep them going, or else we’d risk turning store fronts’ ‘Help Wanted’ signs into ‘Closed’ signs,” Horvath said. “The only thing left to do not is make sure states don’t perpetuate the hiring crisis by creating their own enhanced unemployment benefits.”

Job growth, meanwhile, has fallen far behind expectations and U.S. employers continue to report record numbers of job openings nationwide, according to Department of Labor data. The labor market remains about 5.5 million jobs below its pre-pandemic level while there are 10.9 million jobs available.

“The original enhanced unemployment, the $600, probably the majority of our people did not want to work at all,” Ralph Smith, the director of human resources at The Fiesta Tableware Company in West Virginia, told the FGA. “They felt they were much better off at home. Even some supervisory personnel.” 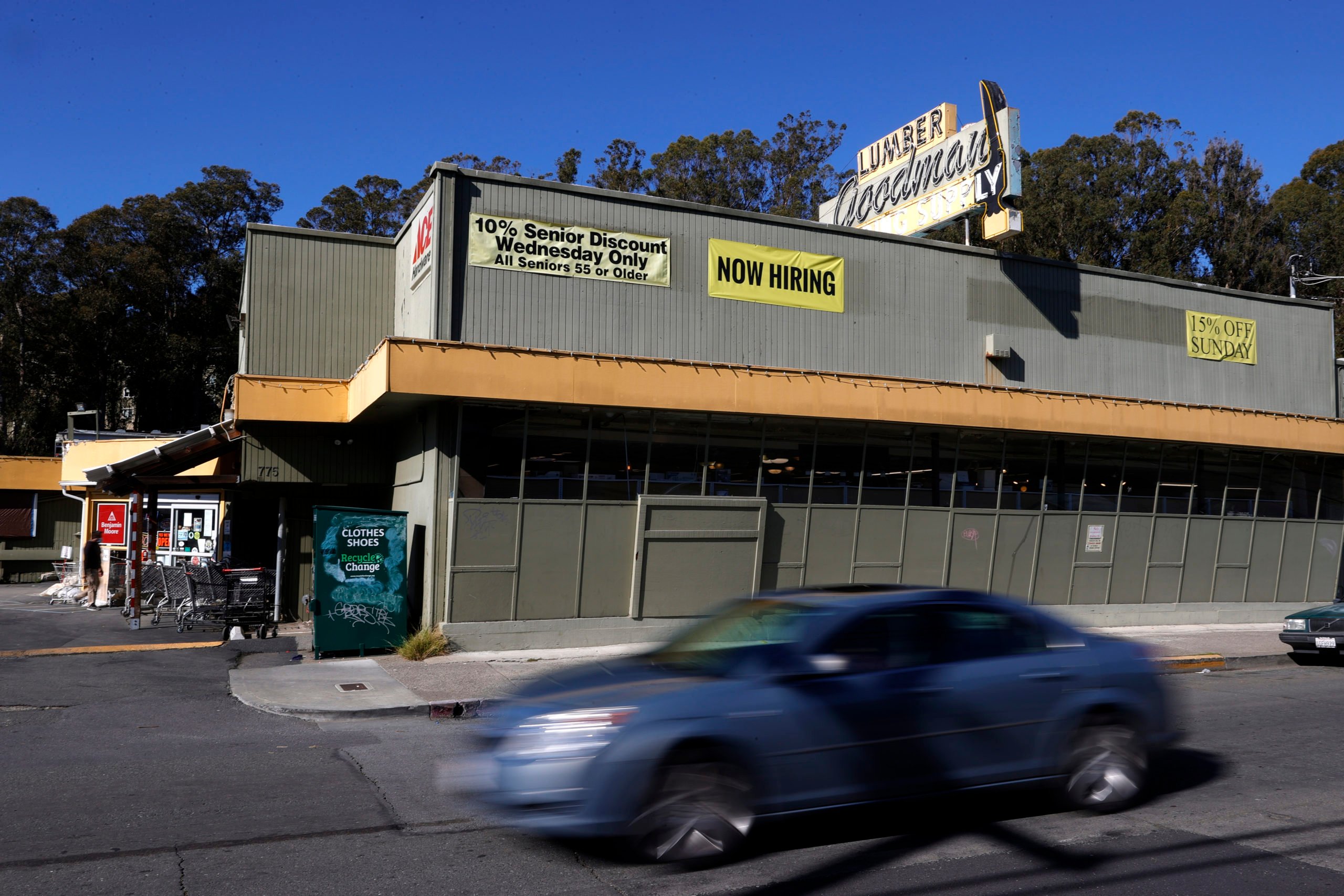 A “now hiring” sign is displayed on the front of Goodman Lumber on Feb. 5, 2021 in Mill Valley, California. (Justin Sullivan/Getty Images)

Smith said workers at the Fiesta warehouse were able to make more money on unemployment during the pandemic than the company paid. When Fiesta looked for job applicants using Ohio and West Virginia government resources, they didn’t receive a single résumé, Smith added.

A single parent with two kids could make more than $44,000 per year and as much as $52,000 per year in a state like Hawaii with the $300 weekly emergency bonus, an FGA report published in May found. The average employed American earns $56,310 per year, according to the Bureau of Labor Statistics.

“We have to put out so many ads to get people to come in, but the ads aren’t even working right now to get anyone in to apply for a job,” Kiki Cyrus of South Carolina food chain Kiki’s Chicken and Waffles told the FGA.

“They rather not work, they rather take the free money and not work at all,” she added. “Any restaurant you go to right now is hiring, any other business right now, they’re hiring.” (RELATED: ANALYSIS: Biden Keeps Making The Same Dubious Jobs Claim)

During the pandemic, Cyrus started a referral program that awarded employees with a $300 bonus if they recommended someone for a job vacancy at Kiki’s Chicken and Waffles, she said.

Restaurant owner Patrick Pelley and Robert Defibaugh, the owner of a lumber and fencing company, echoed what other small business owners said in interviews with the FGA. Both reported difficulty competing with emergency pandemic unemployment payments.

“There’s plenty of jobs, but guess what, there’s just nobody that wants to work because of the free money,” Defibaugh said.

“During this entire pandemic, not only was I the owner, operator and manager, I was also the pizza maker, the sandwich maker, the bus boy, the dish washer,” Pelley told the FGA. “At one point in time, it was me and one other person in the kitchen running the restaurant. That’s not how this place is designed. I could not find anyone else to work.”