President Joe Biden repeatedly mischaracterized the job growth that has occurred since he took office, saying it is a product of his administration’s economic agenda, multiple media fact checkers have reported.

While the Biden administration has overseen the economic recovery during a period of large gains in the labor market, the White House hasn’t acknowledged that states reopening and ending pandemic-related business restrictions is likely the main catalyst for such growth. The president has also credited without evidence the $1.9 trillion American Rescue Plan, which he signed into law in March, for driving job growth.

The president similarly tweeted Monday that economic growth had reached its quickest pace in 40 years because of the “Biden plan.” He compared the rapid job growth since January to the relatively meager growth that occurred during former Presidents Ronald Reagan and Donald Trump’s first months in office.

The job figures are misleading, however, since no U.S. president has assumed office under economic circumstances similar to Biden’s, according to multiple media fact checkers.

The labor market has grown precipitously since the economy lost 20.7 million jobs in April 2020 when it nosedived due to increasing restrictions following the outbreak of COVID-19, Department of Labor data showed. The economy added about 12.6 million jobs between May 2020 and January. 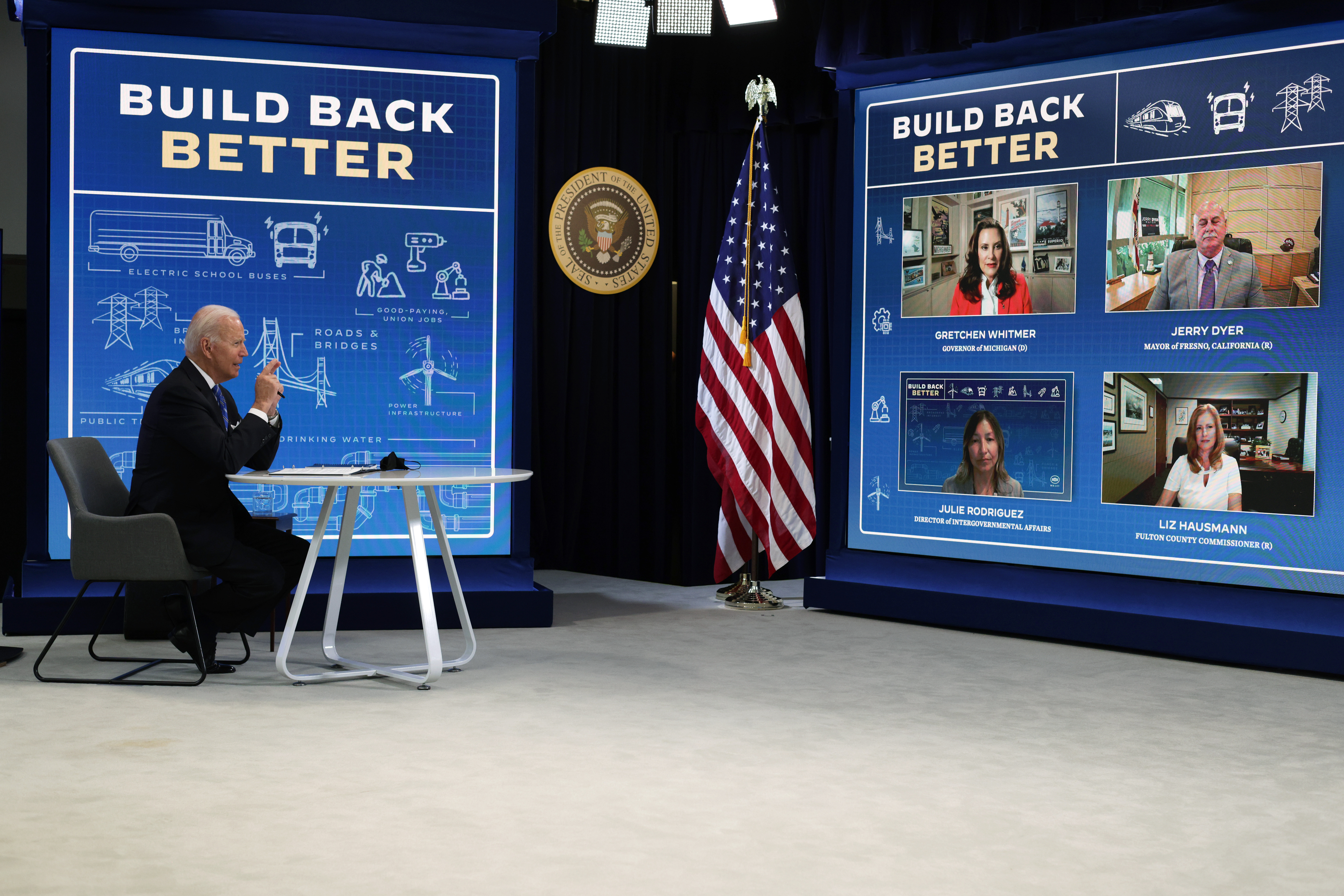 President Joe Biden speaks during a virtual meeting about his economic agenda with local officials on Wednesday. (Alex Wong/Getty Images)

U.S. employers have added about 4.1 million jobs in Biden’s first six months, but had added 3.2 million in the six months prior, according to Labor Department data. The labor market is still approximately 5.7 million jobs short of its pre-pandemic level of 152.5 million employed Americans recorded in February 2020.

In addition, California, New York and most other states have eased coronavirus restrictions in recent months, allowing businesses to begin hiring again, the New York Times reported. The number of Americans fully vaccinated against coronavirus has also increased under the Biden administration after the vaccination effort was initiated at the tail end of Trump’s presidency.

“The jobs record in the first months of any administration is mostly a matter of circumstances, good or bad, that awaited the president when he took the oath of office,” a Washington Post fact check said. (RELATED: ‘A Good Sign’: Fewer People File For Unemployment In States Cutting Federal Bonus, Data Shows)

The 3.4 million jobs lost during former President Barack Obama’s first six months in office would be his fault based on Biden’s method of determining a president’s economic performance. In reality, Obama took office amid the Great Recession, which triggered 21 consecutive months of job losses from February 2008 through October 2009, according to the Labor Department.

Biden also failed to mention that the first several months of a president’s term are rarely indicative of their entire presidency, according to the Post. Former Presidents Reagan and Bill Clinton oversaw massive job growth over their eight-year terms, but got off to relatively slow starts.

The Republican National Committee (RNC) criticized Biden for slowing the recovery started by Trump in a blog post written after the modest April jobs report.

“Under the leadership of President Trump and Republicans in Congress, the economy recovered 56% of the jobs lost in the pandemic,” the RNC blog post said. “But instead of building on this progress, Biden’s policies are obstructing the recovery.”