The majority of oil and gas companies said that they don’t have plans to shift away from fossil fuels at any point in the future, according to an industry report released Tuesday.

Oil and gas company executives said hydrocarbons would be their long-term business and that fossil fuel demand would remain at current levels for at least another decade, according to Deloitte Insights. Of the 100 executives polled, 77% said fossil fuels would continue to serve as their main source of revenue for the foreseeable future.

“This implies there’s likely to be sustained value in oil and gas,” the report stated.

The report defines 30% of the surveyed executives, all of whom serve at energy companies with more than $100 million in annual revenue, as “hydrocarbon stalwarts” most focused on building their current business via increasing their global market share by targeting less-regulated regions, according to the report. That said, 47% of respondents reported that they would pursue their oil and gas business with an eye toward “decarbonization.” (RELATED: Is The Shift To Renewable Energy Propelling Us Into An Energy Crisis?) 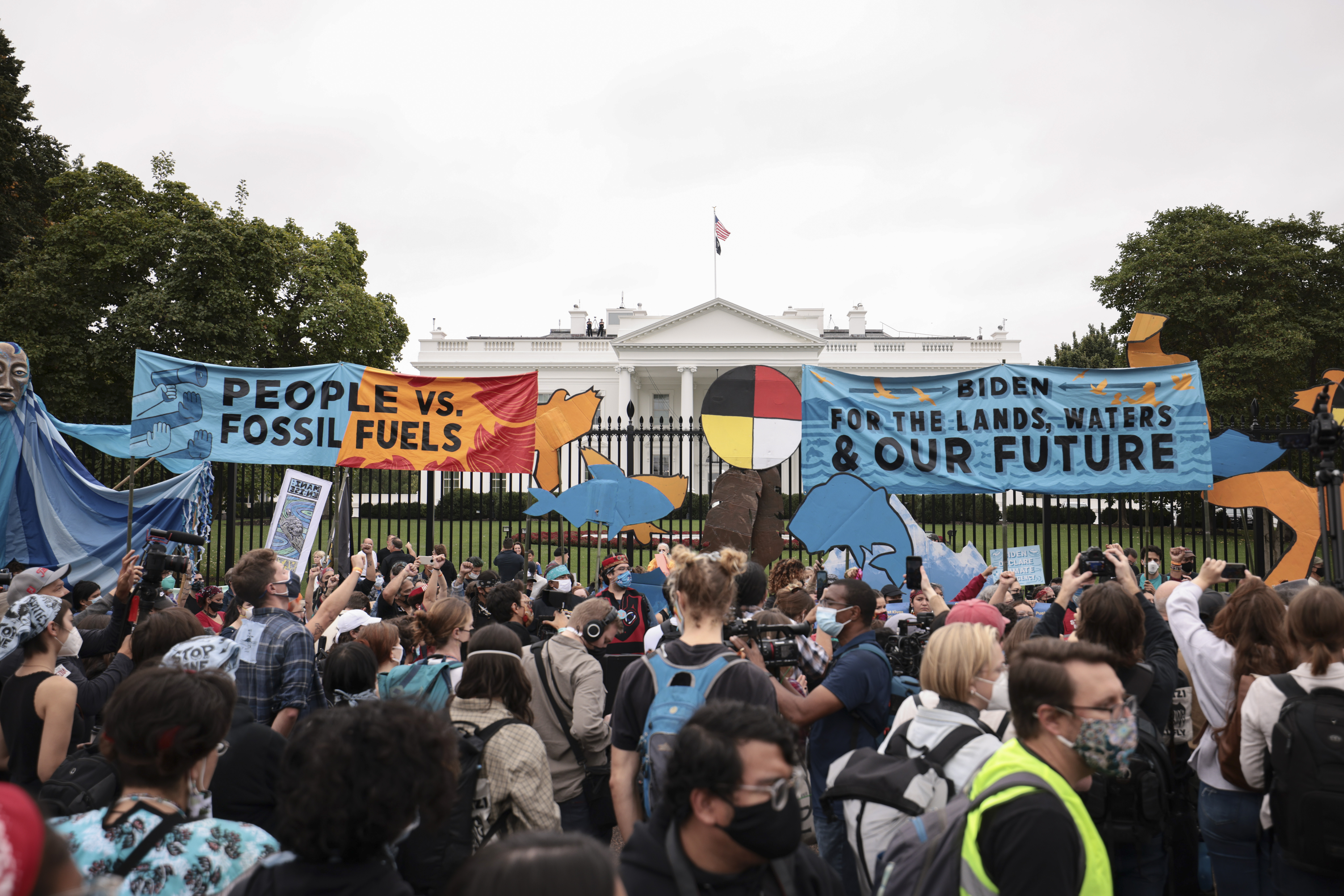 Demonstrators stand in front of the White House during a climate march on Monday in Washington, D.C. (Anna Moneymaker/Getty Images)

The remaining executives, or 23% of those surveyed, are either planning to make the transition into “green technologies” spaces “once green technologies have reached commercial maturity” or largely transition away from hydrocarbons, the report showed. However, executives falling into the latter category made up just 5% of those polled.

“Net-zero pioneers have a bold vision of making sustainability their core business, the courage to dismantle or divest their hydrocarbon business model built over decades, and the patience to scale and commercialize their green business,” the report said.

Although nations have introduced plans for transitioning away from fossil fuels and implemented regulations to disincentivize investment in hydrocarbons, oil and gas demand is projected to remain elevated through 2050, according to the U.S. Energy Information Administration. Renewable energy sources are expected to continue to increase over the next several decades, but they are expected to replace coal as the consumption of petroleum, natural gas and other fossil fuels rise.

Global projections from the International Energy Agency, energy analytics firm Rystad and BP showed that global oil demand would stay high for the next decade, according to Deloitte.