The top military officer of the U.S. confirmed to Bloomberg that China had recently tested an advanced hypersonic weapon. “What we saw was a very significant event of a test of a hypersonic weapon system. And it is very concerning,” Milley said in an interview for “The David Rubenstein Show: Peer-to-Peer Conversations.”

“I don’t know if it’s quite a Sputnik moment, but I think it’s very close to that. It has all of our attention,” Milley added.

The Financial Times previously reported that China had conducted two hypersonic weapons tests this summer, one in July and a second in August, including launching one capable of carrying a nuclear payload into space. Three people reportedly familiar with the first test told the paper that China’s brand new weapons capability stunned the Pentagon and U.S. intelligence. 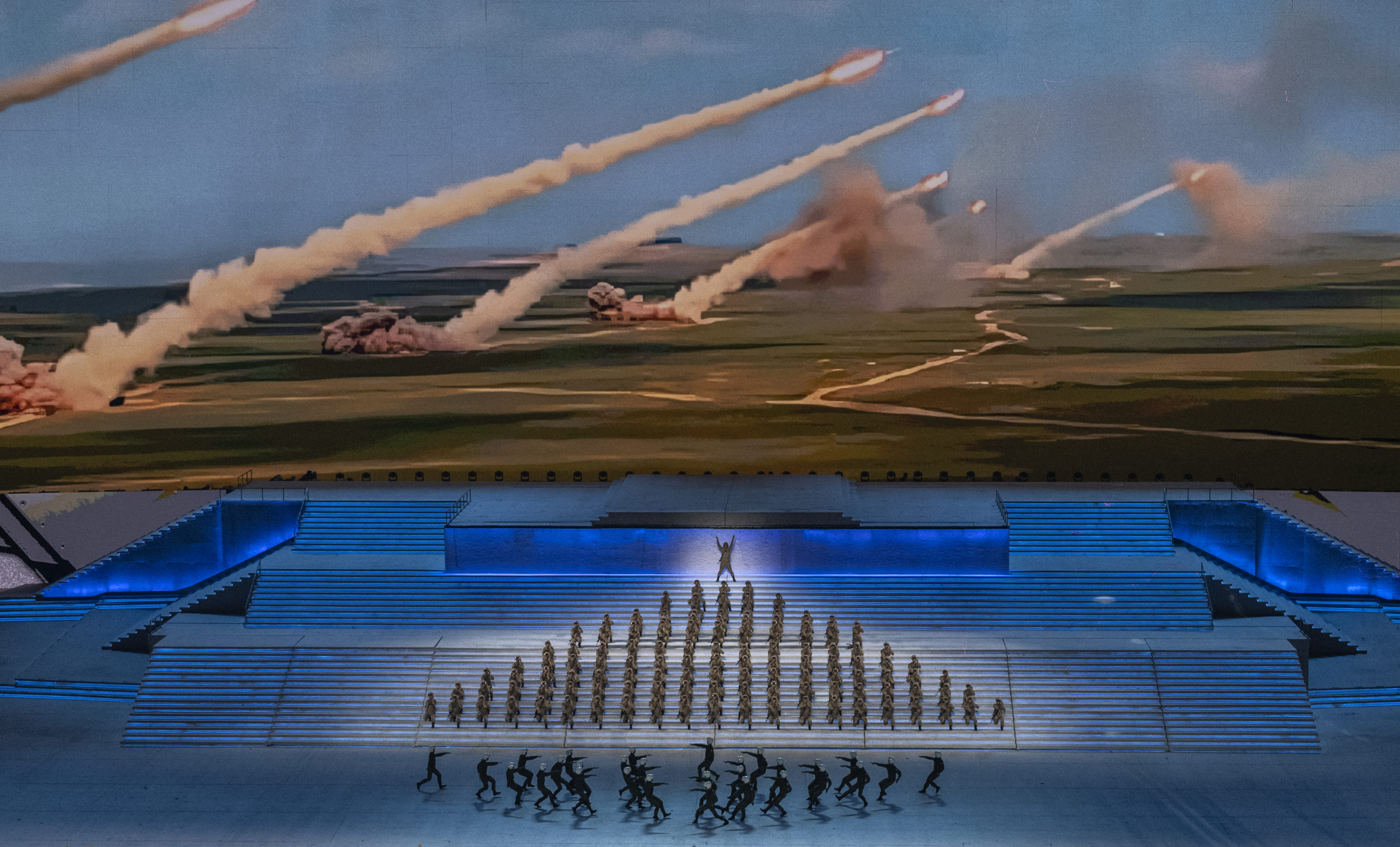 Performers dressed as military perform in front of a screen showing rockets being launched during a mass gala marking the 100th anniversary of the Communist Party on June 28, 2021 at the Olympic Bird’s Nest stadium in Beijing, China. (Photo by Kevin Frayer/Getty Images)

Perfecting the technology would mean nuclear warheads could be launched over the South Pole and around American anti-missile systems in the northern hemisphere, Bloomberg reported. China has disputed the reports of the test, claiming it was only launching a reusable space vehicle.

Milley’s comparison of the development to Sputnik, the 1957 Soviet satellite that shocked the U.S. and began the space race, demonstrates the level of concern the Biden administration had for the weapon, Bloomberg reported.

“They’re expanding rapidly — in space, in cyber and then in the traditional domains of land, sea and air,” Milley said. “And they have gone from a peasant-based infantry army that was very, very large in 1979 to a very capable military that covers all the domains and has global ambitions.” (RELATED: Cuba Signs On To China’s Belt Road Initiative, Bringing Xi’s Influence Closer To Home)

“As we go forward — over the next 10, 20, 25 years — there’s no question in my mind that the biggest geostrategic challenge to the United States is gonna be China,” he added. “They’ve developed a military that’s really significant.”