House Speaker Nancy Pelosi said Wednesday that Democrats were nearing an agreement on their social-spending package and that they are working to compromise on its health care, family and climate change provisions.

“We are facing a crucial deadline for the Bipartisan Infrastructure Framework to pass,” Pelosi said in a Dear Colleague letter. “To do so, we must have trust and confidence in an agreement for the Build Back Better Act.”

Pelosi added that expanded Medicare benefits for vision, hearing and dental coverage would “hopefully” be included and that there was “broad agreement on the child tax credit, universal pre-K and child care, home health care, housing and workforce development.”

The proposed Medicare expansions have become a major sticking point in negotiations. Sen. Joe Manchin, a centrist Democrat from West Virginia, has insisted that they save the program from insolvency before expanding it, while Sen. Bernie Sanders, an Independent from Vermont, has called its omission from the bill a dealbreaker. (RELATED: Manchin: Budget Framework ‘Really Should Be’ Finished Soon) 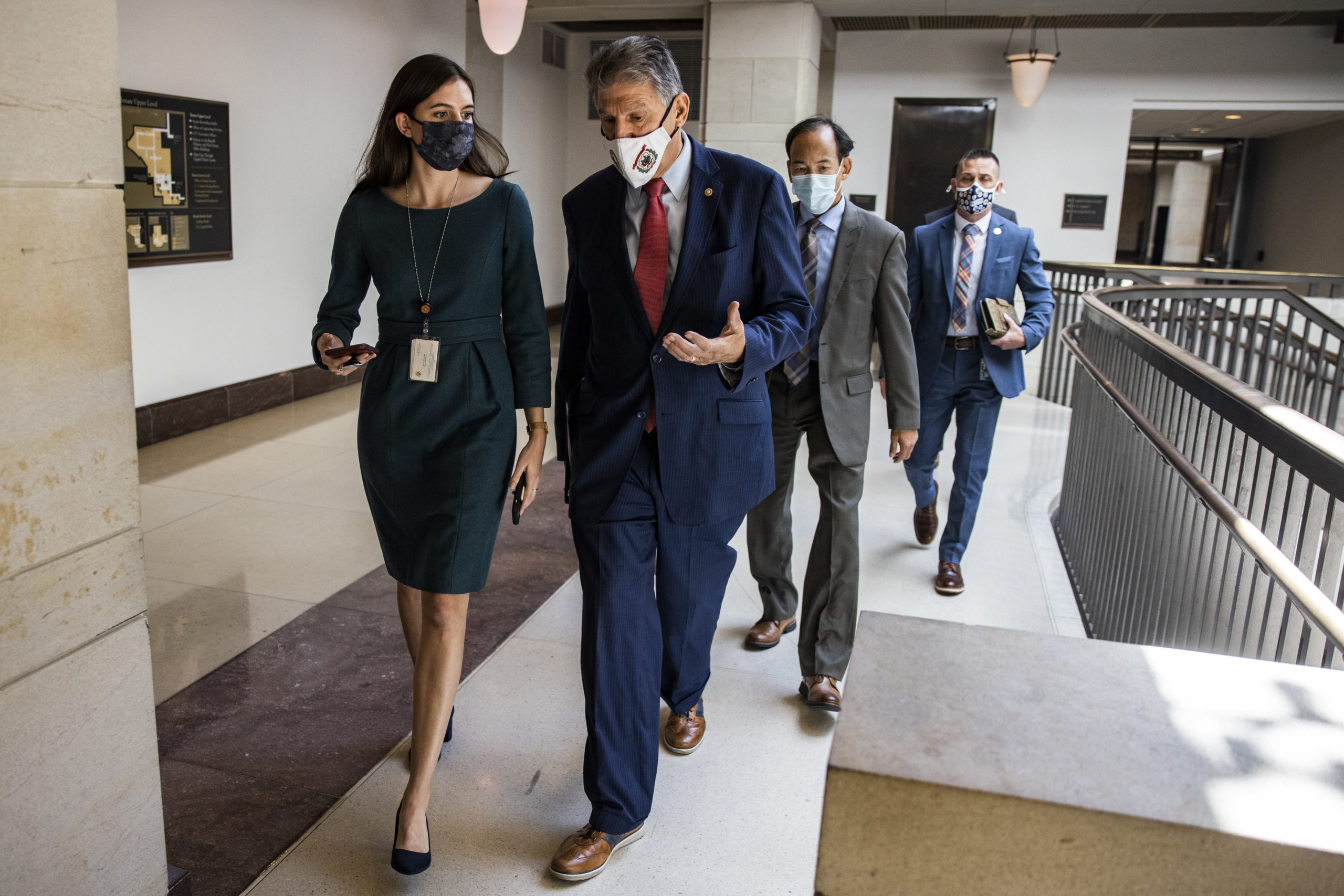 Manchin has also objected to the child tax credit if it excludes a work requirement, and opposed President Joe Biden’s Clean Electricity Performance Program, which originally comprised an enormous part of the bill’s climate change provisions.

While Pelosi said that Democrats “are pleased with the robust climate package,” which could reportedly total $500 billion, her party was still trying to strike a deal on paid family and medical leave. (RELATED: Dems Prepare To Battle Big Pharma – And Some Of Their Own – In Bid To Lower Drug Prices)

“We are operating in the unusual arena of reconciliation,” Pelosi added, “which necessitates entrepreneurial thinking to achieve our goals.”

Pelosi also said that she asked the House Rules Committee to hold a hearing Thursday to advance the package, though the committee would still need to markup a written version of the bill before it could come to the House floor for a full vote. Democrats are still negotiating how to fully pay for the bill, and several options have been shot down by Manchin and Arizona Sen. Kyrsten Sinema, another centrist Democrat.