Although no official deal has been reached, President Joe Biden will lay out an economic plan Thursday morning that he believes Democrats should all be able to support, according to senior administration officials.

Biden is heading to Capitol Hill on Thursday to speak to the House Democratic Caucus about his Build Back Better agenda and the Bipartisan Infrastructure Deal before leaving for his second overseas trip since taking office. While there, he’ll announce a framework for the Build Back Better Act and call for the passage of both plans. Then, Biden will return to the White House to detail his official proposal to the American people, officials said.

“The president believes this framework will earn the support of all 50 Democratic senators and pass the house,” one senior administration official said, though officials declined to specify whether the plan has already been officially agreed upon by specific members of the party.

Biden’s latest proposal has a $1.75 trillion price tag, which is far lower than its original $3.5 trillion price tag. The cost is closer to what Democratic West Virginia Sen. Joe Manchin, one of the moderates the White House needs on board, wanted than what far left Democrats wished for.

The plan includes investments in children and caregiving, efforts to combat climate change, an expansion of affordable health care coverage and more. Still, the proposal drops some key ideas originally pushed by Biden, like his plans to address the cost of prescription drugs by allowing Medicare to negotiate prices, universal community college and adding paid family leave.

While officials said Biden will push for Democrats to pass each bill “when it comes up for a vote because of the stakes of the moment,” they also noted he will ultimately defer to House Speaker Nancy Pelosi on the plan for the votes. One of the earliest disagreements among Democrats was the passage of each bill. Far left Democrats previously promised to hold up the bipartisan infrastructure bill unless it coincided with the passage of the original $3.5 trillion social spending plan. 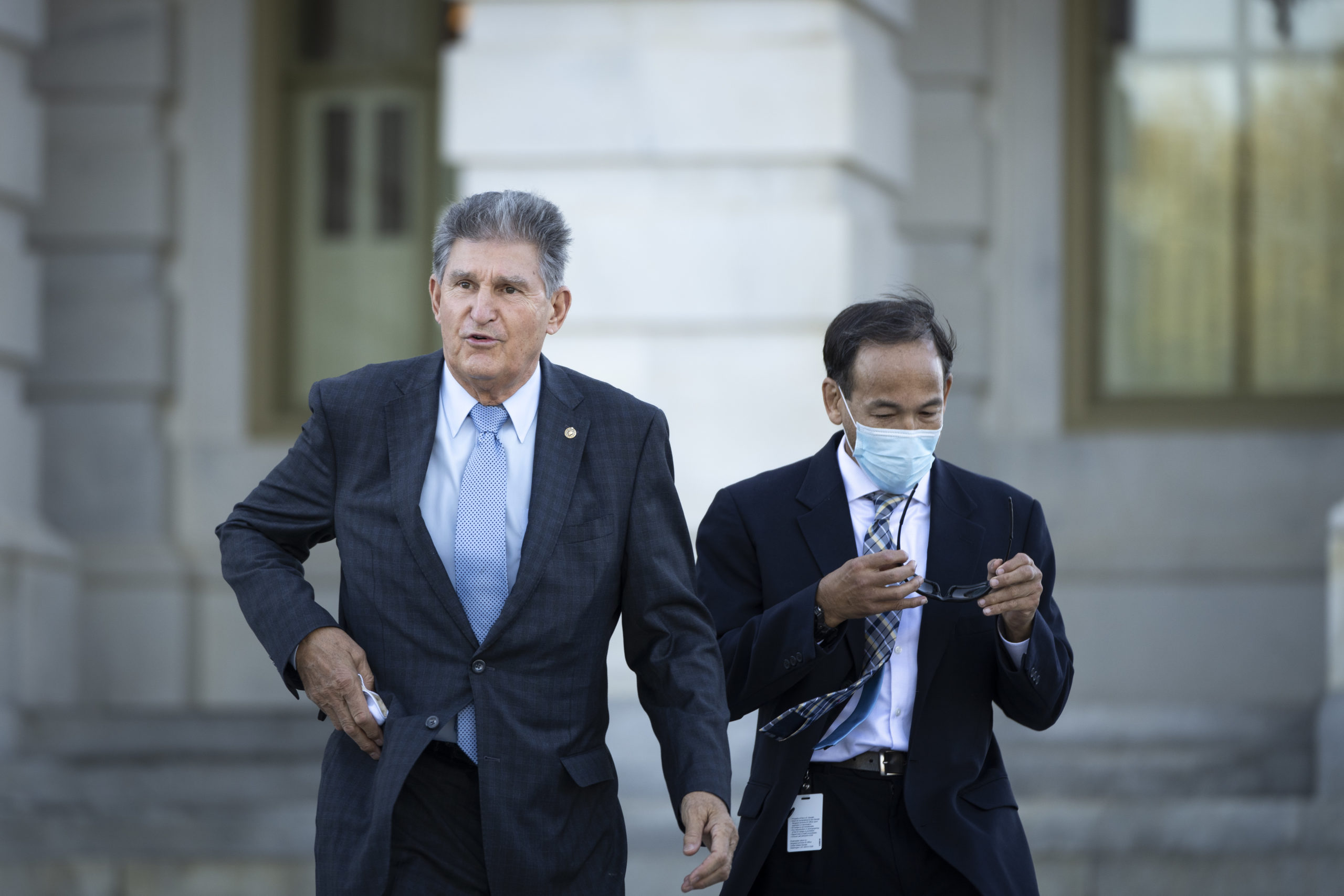 Officials have continued to claim that the president’s agenda will be “fully paid for,” though the Washington Post fact-checked these comments as misleading back in September. Officials said the plan will not raise taxes on the small businesses and individuals making less than $400,000 per year – something that Biden has been vocally opposed to doing throughout this process.

Biden has long pushed for having higher earners pay more, saying in May that they should “start paying their fair share.”

“It is entirely paid for by rewarding work, not wealth, and ensuring that the super wealthy and corporations pay their fair share and can’t cheat every honest American on their tax bills,” an official said.

Biden’s multi-faceted plan includes universal preschool to all 3-and-4-year-olds. This would be fully funded for six years under Biden’s Build Back Better agenda, officials said. As for child care, Biden’s proposal aims to limit the cost for families to no more than 7% of income for those earning up to 250% of the state median income. (RELATED: Republicans Go After Biden For Claiming Massive Build Back Better Agenda ‘Costs Zero Dollars’)

The plan for child care includes an important provision and would also be funded for six years: In order to be eligible, parents must be working, looking for work, participating in training or dealing with a serious health injury, officials explained. Biden’s proposal expands the currently enhanced child tax credit, included in the American Rescue Plan, for households earning up to $150,000 per year for one year.

The framework also expands free school meals for 8.7 million children and will issue $65 per child per month for the summer months to families of 29 million children for purchasing food, officials explained.

The president has made climate change a top priority, and not reaching an official deal to help combat it before he heads to Europe is a bit of a hit. He’s noted that getting a deal done before his trip is important, telling reporters recently that doing so would be “very, very positive.”

The president is also proposing extending the Affordable Care Act’s premium tax credits through 2025 and having Medicare cover the cost of hearing for seniors. The proposal leaves out expanding Medicare for vision and dental, which is something Independent Vermont Sen. Bernie Sanders had pushed for.

As for housing, Biden wants $150 billion to go towards initiatives like making housing more affordable, building more rental units, helping with down payments and public housing. 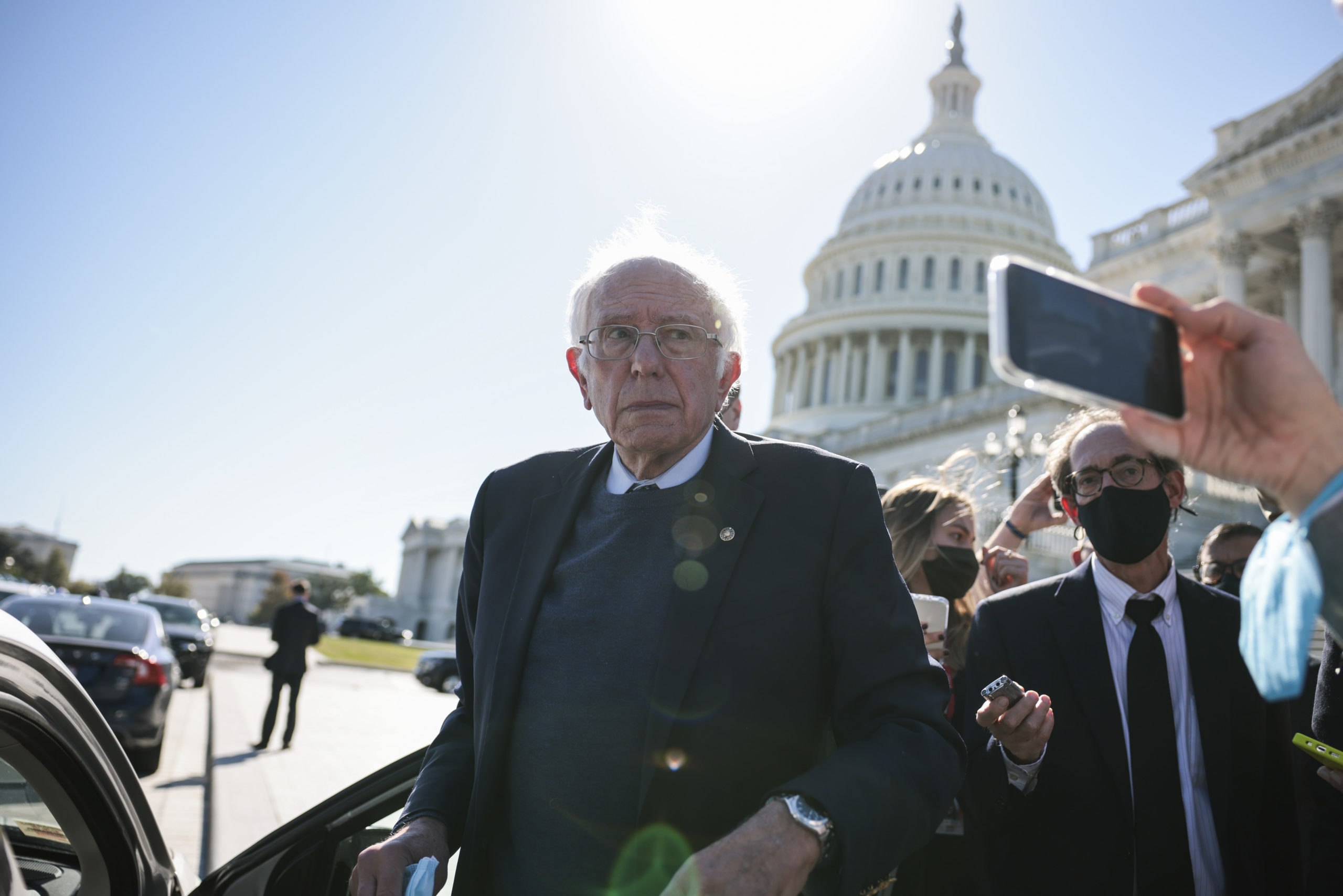 WASHINGTON, DC – OCTOBER 21: Sen. Bernie Sanders (I-VT) speaks with reporters as he leaves the U.S. Capitol Building following a vote on October 21, 2021 in Washington, DC. According to media reports the White House and Congress have trimmed the cost of President Biden’s Build Back Better plan from $3.5 trillion to less than $2 trillion, as negotiations continue. (Photo by Anna Moneymaker/Getty Images)

The Build Back Better Agenda also calls for a one year extension to the current Earned Income Tax Credit for those without children as well as putting money towards “equity,” which is described as including community violence efforts and making the supply change more resilient. Biden also put a piece of the proposal towards increase funding for historically black colleges and the Pell Grant.

Notably, the president also wants a separate $100 billion investment in “immigration reform,” according to senior administration officials. This money would go towards reducing backlogs, expanding legal representation and making the system for asylum and border processes more efficient.

“This will be a historic step forward for the American people,” an official declared.