Texas Rep. Lance Gooden and a group of House Republicans introduced legislation Tuesday that would prevent taxpayer funds from being used to facilitate mass migration into the United States.

Gooden said the United Nations is “facilitating an invasion of our country” and that they are giving migrants on their way to the U.S. $400 every 15 days and are also providing free legal advice on how to request asylum.

“The United Nations is facilitating an invasion of our country by using taxpayer dollars to support migrants throughout their journey to the United States. If this is how the UN repays our generosity, then it’s time to reconsider our relationship,” Gooden told the Daily Caller before introducing the legislation.

Gooden has continued to press the Biden administration about the ongoing border crisis. Gooden and a group of House Republicans sent a letter in November to Transportation Security Administration (TSA) Administrator David Pekoske demanding answers as to why migrants are being allowed to fly without proper identification. (RELATED: EXCLUSIVE: Rep. Lance Gooden To Send Letter To White House Urging Biden To Recognize Border Crisis)

The Daily Caller first obtained the letter in November, along with other letters the Republicans are sending to various U.S. corporations involved that they believe are complicit in human smuggling. (RELATED: EXCLUSIVE: Rep. Lance Gooden To Send Letter To White House Urging Biden To Recognize Border Crisis)

The letters stem from a whistleblower packet Gooden received, which reportedly confirmed U.S. non-profits are undertaking large-scale organized operations to move migrants throughout the U.S. The whistleblower packet reportedly details how to go to the airport, how to get past TSA without any identification, how to enroll children in schools and how to assimilate into different communities.

Gooden has said he was contacted by a whistleblower from San Diego, California, who gave him details about the information the nonprofit groups were providing to the migrants. 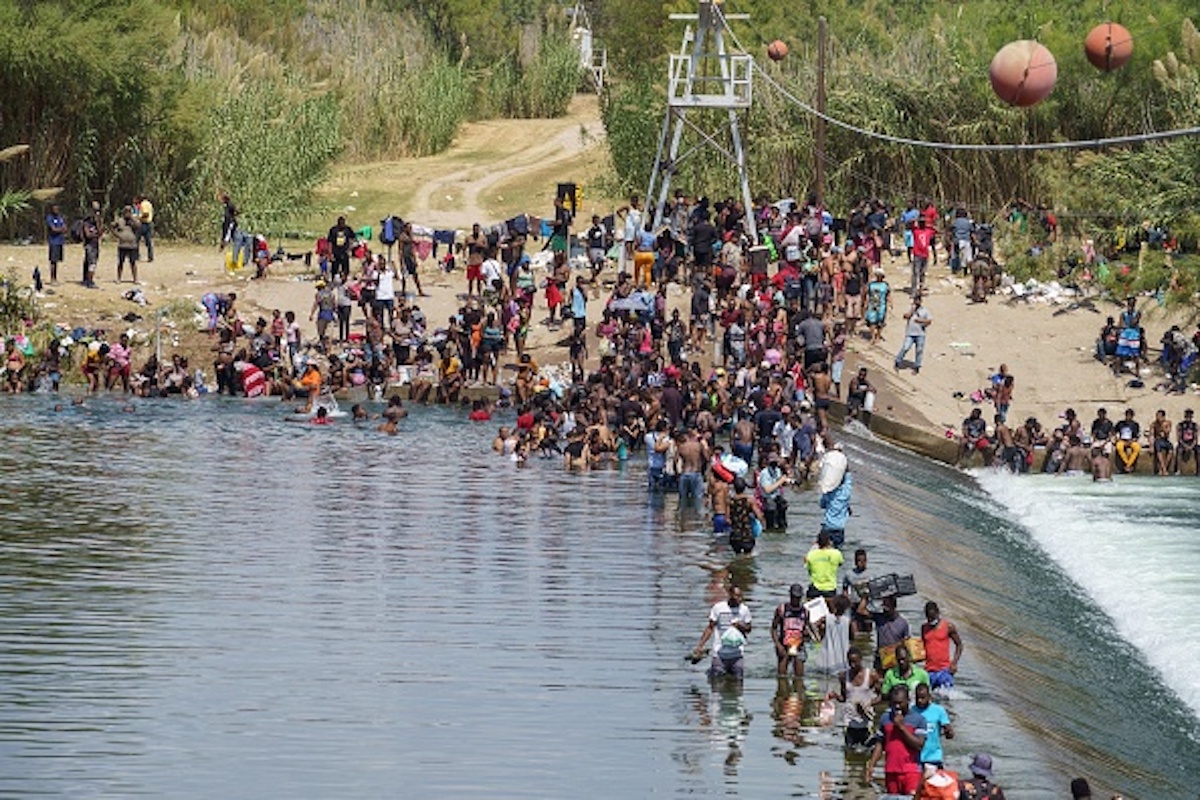 Migrants, many of them Haitian, cross the Rio Grande to get food and supplies near the Del Rio-Acuna Port of Entry in Ciudad Acuna, Coahuila state, Mexico on September 18, 2021. (Photo by PAUL RATJE/AFP via Getty Images)

Gooden sent a letter in March to President Joe Biden urging him to recognize the crisis on the southern border and to reinstate the Trump administration’s national emergency concerning our southern border.

The Biden administration has continued to face criticism for reopening several Trump-era facilities at the southern border used to house minors attempting to illegally cross the border. White House press secretary Jen Psaki said that it is a temporary process and mainly in place because of COVID-19.

The Daily Caller contacted the United Nations about the legislation and about the alleged $400 payments to migrants every 15 days, to which they did not immediately respond.