MMA fighter Brian Brooks recalled to Fox News how he saved his family from a candle factory they were trapped during a tornado in Mayfield, Kentucky.

“It’s a miracle I even found them. I don’t know how it happened,” Brooks told Fox News. He spoke of how he received a phone call at home from his wife while his daughter and granddaughter were in the bathtub with helmets for their protection.

“She calls and tells me she loves me, that she’s trapped, and they’re smashed. And she hung up,” he said. “I jumped in the truck and flew to her.” (RELATED: Seven Children Killed On A Single Kentucky Street By Tornado)

When Brooks got to the factory, it was flattened and “like the worst war movie you see on TV,” he said. Only knowing that his wife said they were in the women’s bathroom, Brooks “started climbing and finding people,” pulling workers out of the rubble. 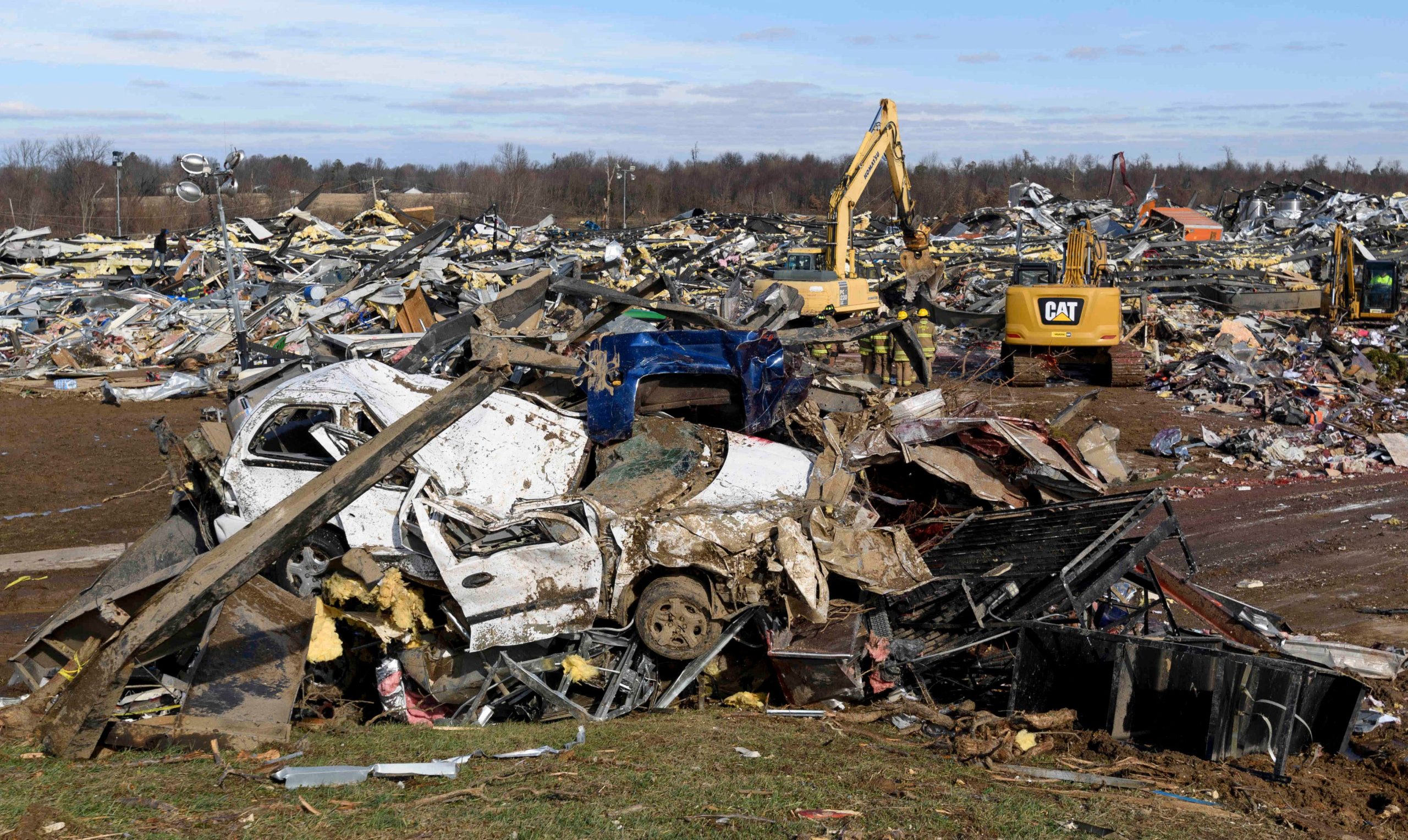 Emergency workers search through what is left of the Mayfield Consumer Products Candle Factory after it was destroyed by a tornado in Mayfield, Kentucky, on December 11, 2021. (Photo by JOHN AMIS/AFP via Getty Images)

Eventually, his sister-in-law, who was pressed against Brooks’ wife, recognized his “crazy shoes” and started yelling his name, he told Fox News. “I was like, ‘Oh my God,’ and started trying to pull,” he said, but the roof, candle wax barrels, bathroom walls, rafters, “everything was on top of them.”

He was given a crowbar by officers and managed to get his family out and send them to a hospital, Brooks said. They were able to go home Monday “a little banged up, bruised, sore” and with “just a lot of heartache.”

“They didn’t think they were ever going to see us again,” Brooks said. “I’m so grateful … I just want to say my prayers for everybody who wasn’t so lucky.”

The tornadoes that hit Kentucky claimed at least 74 lives, with over 100 still missing. A candle factory spokesman told Fox News that eight people perished in the factory.