The Biden administration approved two solar projects, and it is nearing approval of a third, that will power hundreds of thousands of homes in California.

Construction of the Arica and Victory Pass solar projects — the two that received administration approval — will begin immediately on a large swath of land in Riverside County, California, the Department of the Interior (DOI) announced on Tuesday. Together, the projects will cost $689 million, be able to produce 465 megawatts of electricity, store 400 megawatts of energy and power 132,000 homes.

Oberon, the third solar project mentioned in the announcement, would be built on 2,700 acres of public lands in Riverside County if approved, according to DOI. The project would generate 500 megawatts of electricity and power an additional 142,000 households. (RELATED: ‘Cannot Power The World With Solar Panels And Wind Turbines Alone’: Bipartisan Lawmakers Advocate For Increased Nuclear Energy)

“As the Interior Department continues to lead the Biden-Harris administration’s all-of-government approach toward its ambitious renewable energy goals, we know that onshore solar projects like those being advanced today will help communities across the country be part of the climate solution while creating good-paying union jobs,” Interior Secretary Deb Haaland said in a statement. 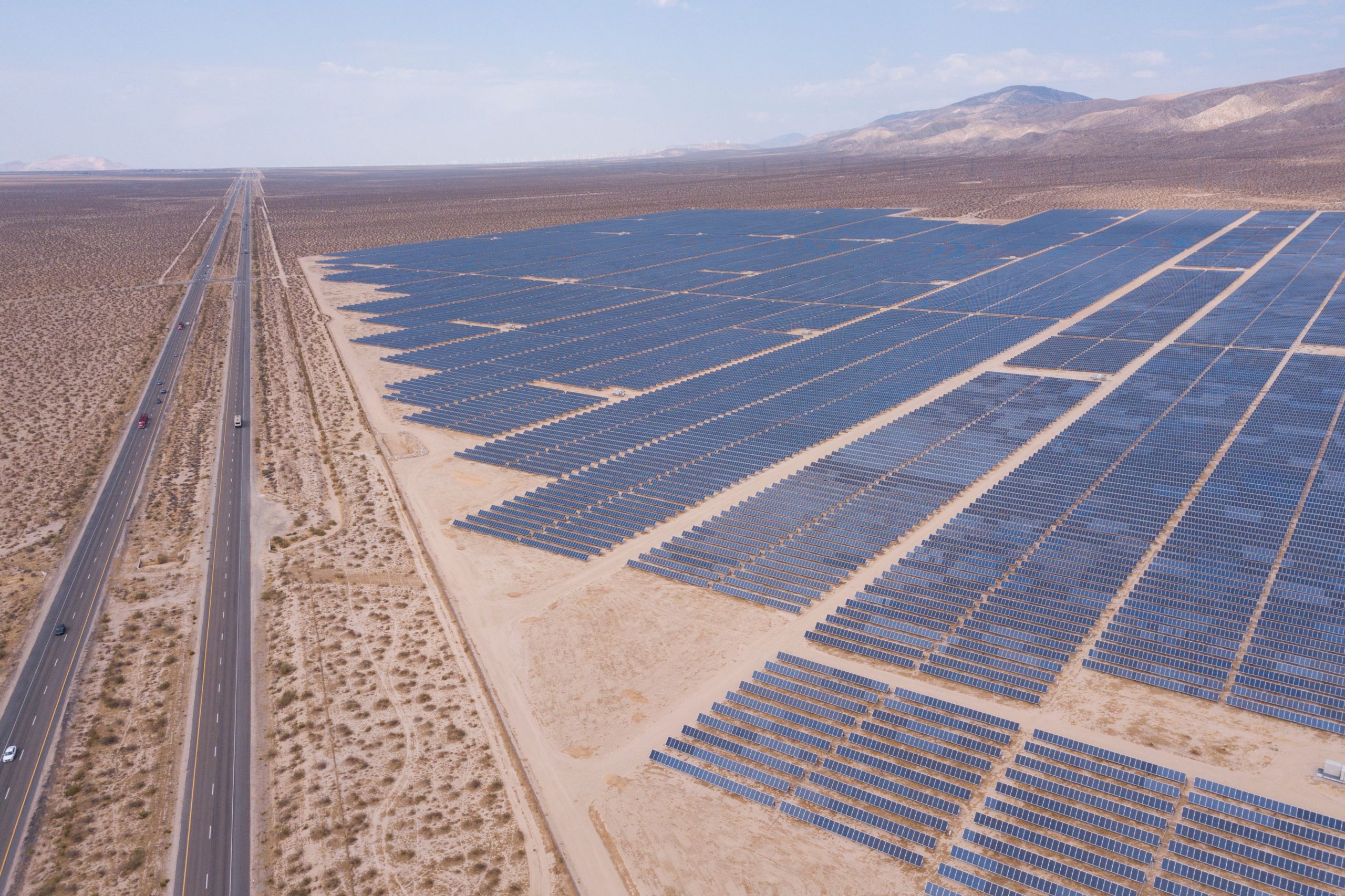 The three privately-funded projects are part of the Bureau of Land Management’s (BLM) Desert Renewable Energy Conservation Plan which aims to develop renewable energy sources across 10.8 million acres of public lands in California. That plan was nearly scrapped under the Trump administration until the Biden administration revived it in February.

“Renewable energy projects like Arica and Victory Pass on public lands create good-paying jobs and are crucial in achieving the Biden-Harris administration’s goal of a carbon pollution-free power sector by 2035,” BLM Director Tracy Stone-Manning said in a statement Tuesday.

President Joe Biden has pushed renewable energy alternatives aggressively since taking office in January. The White House has outlined plans to ensure the entire grid is carbon-free by 2035 and the economy reaches net zero emissions by 2050.

In October, the Biden administration announced funding for seven wind farms off the east and west coasts which would have a total capacity of 30 gigawatts by 2030.

However, solar and wind endeavors have been criticized by experts who say the energy sources are unreliable and intermittent. On average, solar panels produce just 30% of their total energy capacity while wind farms produce 45% of their capacity, according to the Energy Information Administration.