Defense Secretary Lloyd Austin briefed President Joe Biden on Saturday about how the U.S. could respond to Russian aggression toward Ukraine, including military action in advance of a potential invasion, a defense official and a senior administration official told NBC News.

The options presented to the president included bomber flights over the region, ship visits into the Black Sea and the movement of troops and equipment from other parts of Europe into Poland, Romania and other countries neighboring Ukraine, NBC News reported. Conversations between NATO allies about receiving U.S. military forces are already underway.

The proposals were given to Biden in order to reassure NATO allies and reinforce defenses, particularly in countries that border Ukraine, with the hopes of deterring Russia, NBC News reported. State Department spokesperson John Kirby announced on Monday that the U.S. military has put 8,500 troops on high alert for a possible deployment to Eastern Europe.

Moscow has amassed more than 100,000 troops along its border with Ukraine, and diplomacy has thus far failed to deescalate the situation. 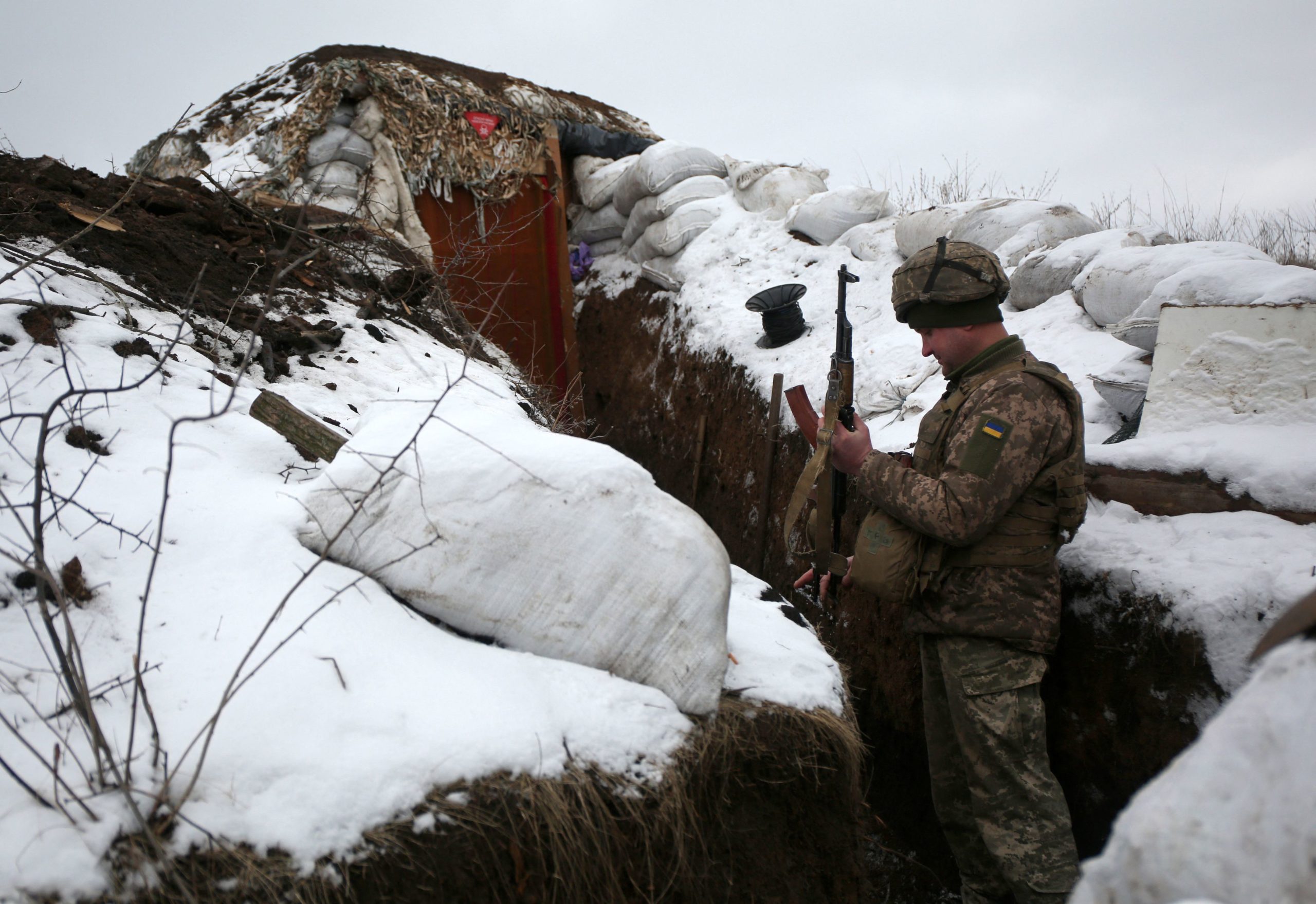 An Ukrainian Military Forces serviceman checks his weapon as he stands in a trench on the frontline with the Russia-backed separatists near Zolote village, in the eastern Lugansk region, on January 21, 2022. (Photo by ANATOLII STEPANOV/AFP via Getty Images)

NATO announced that several allies were planning to send troops to countries surrounding Ukraine on Monday. “NATO will continue to take all necessary measures to protect and defend all Allies, including by reinforcing the eastern part of the Alliance,” Secretary General Jens Stoltenberg said.

“The United States has also made clear that it is considering increasing its military presence in the eastern part of the Alliance,” the statement said.

The State Department urged American citizens to leave Ukraine and authorized the beginning of an evacuation process for family members of its embassy staff in Kyiv on Sunday. Ukraine criticized the decision to withdraw the family members as “premature,” NBC News reported.

Kremlin spokesman Dmitry Peskov denied that Russia was to blame for rising tensions on Monday, saying they were a result of the U.S. and NATO’s actions, NBC News reported. Russia has demanded that NATO rescind its promise to let Ukraine become a member, which NATO has ruled out.