Senior officials in the Biden administration told reporters on Thursday that U.S. intelligence purportedly uncovered a Russian plot to use a fake video as a pretext to invade Ukraine, The Washington Post reported.

Russia allegedly recruited people to create a propaganda video depicting “graphic scenes of a staged false explosion with corpses, actors depicting mourners, and images of destroyed locations and military equipment,” according to officials, who spoke anonymously under administration guidelines, the Post reported. The plan was published in the hopes its unveiling would deter the Kremlin from using it.

“We believe that Russia would produce a very graphic propaganda video, which would include corpses and actors that would be depicting mourners and images of destroyed locations, as well as military equipment at the hands of Ukraine or the West, even to the point where some of this equipment would be made to look like it was Western-supplied,” Defense Department press secretary John Kirby said Thursday, The Washington Post reported. 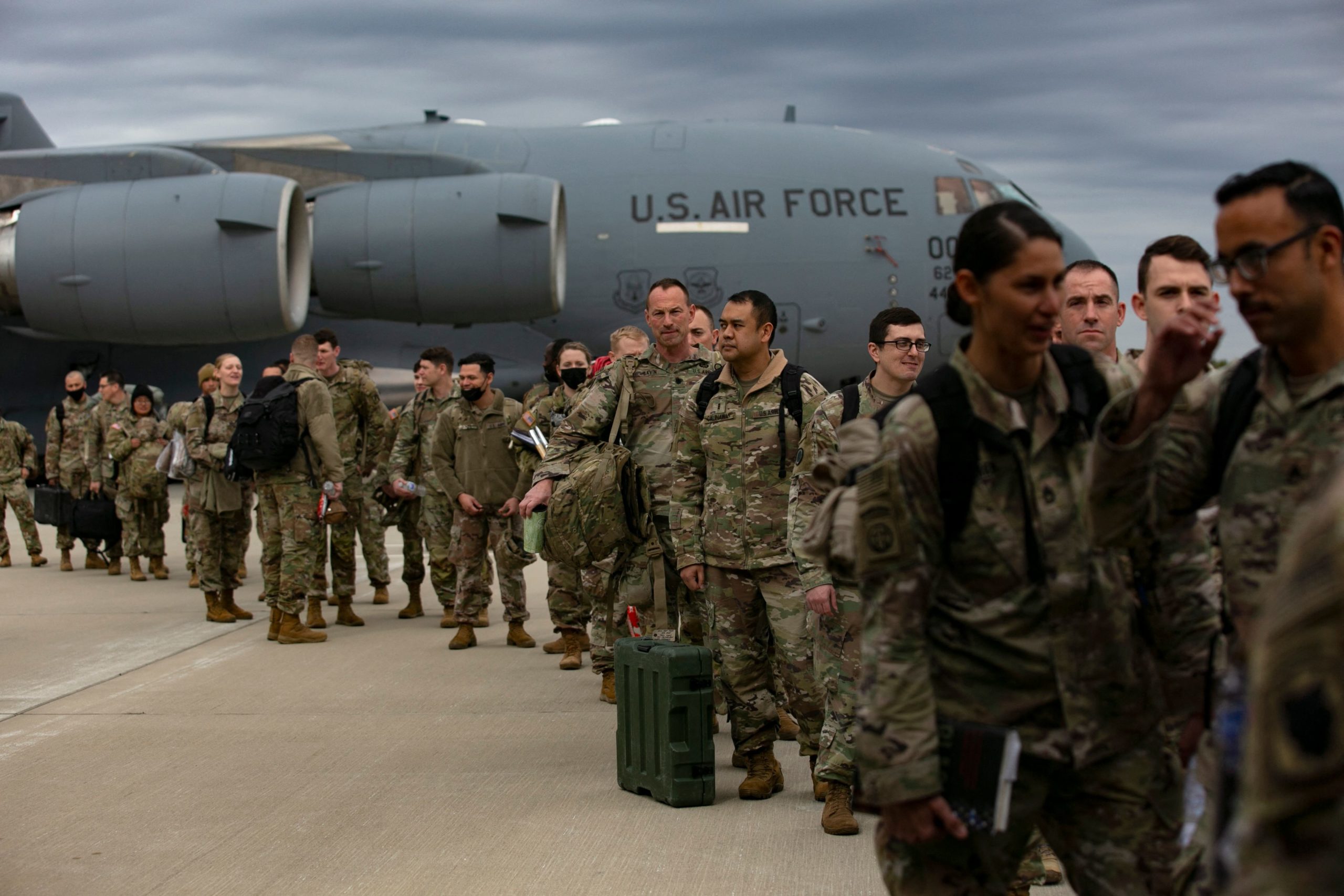 US troops deploy for Europe from Pope Army Airfield at Fort Bragg, North Carolina, on February 3, 2022. (Photo by ALLISON JOYCE/AFP via Getty Images)

The officials said Russia planned to use the video as evidence Ukraine was committing genocide against Russian-speaking people, The New York Times reported. No direct evidence of the accusation was released, with officials alleging doing so would compromise their methods and sources, the Post reported.

The Kremlin denied the allegation, with spokesperson Dmitry Peskov telling the Russian state news agency Tass that it was not the first time materials concerning a Russian “invasion” had been published by the U.S., with nothing ever coming of it, the Post reported. (RELATED: Former Trump Officials Call Out Biden’s ‘Superficial’ Relationship With Germany, ‘Weakness’ On Russia)

“We have made a decision — a strategic decision — to call out disinformation when we see it,” White House press secretary Jen Psaki said during a briefing with reporters on Jan. 26. The Pentagon previously revealed in January that the U.S. believed Russia was preparing operatives to conduct false flag operations to serve as justification to invade.