A federal district court in Louisiana halted one of President Joe Biden’s key climate initiatives implemented shortly after he was inaugurated in January 2021.

Judge James Cain, Jr. of the U.S. District Court for the Western District of Louisiana, concluded that the policy — which declared there were “social costs” of continued greenhouse gas emissions — caused significant harm to Americans, according to his ruling published Friday. The federal judge granted a motion for a preliminary injunction, pausing implementation of the policy.

“Plaintiff States have sufficiently identified the kinds of harms to support injunctive relief,” Cain wrote in his ruling. “Moreover, the Court finds that the Plaintiff States have made a clear showing of an injury-in-fact, and that such injury ‘cannot be undone through monetary remedies.'”

“The Court agrees that the public interest and balance of equities weigh heavily in favor of granting a preliminary injunction,” the judge added. (RELATED: EXCLUSIVE: Republican Attorneys General Plan To Create Legal Roadblocks For Biden Agenda)

In January 2021, Biden signed an executive order that determined there was a “social cost” of continued carbon, nitrous oxide and methane emissions. “Social cost” refers to the estimated dollar value incurred by the U.S. for every additional metric ton of carbon emitted into the environment, according to the Government Accountability Office.

In April 2021, Louisiana led a 10-state coalition, including Texas and Florida, challenging the executive action in court. The states argued that the president attempted to bypass Congress to forward a “self-defeating green agenda.” 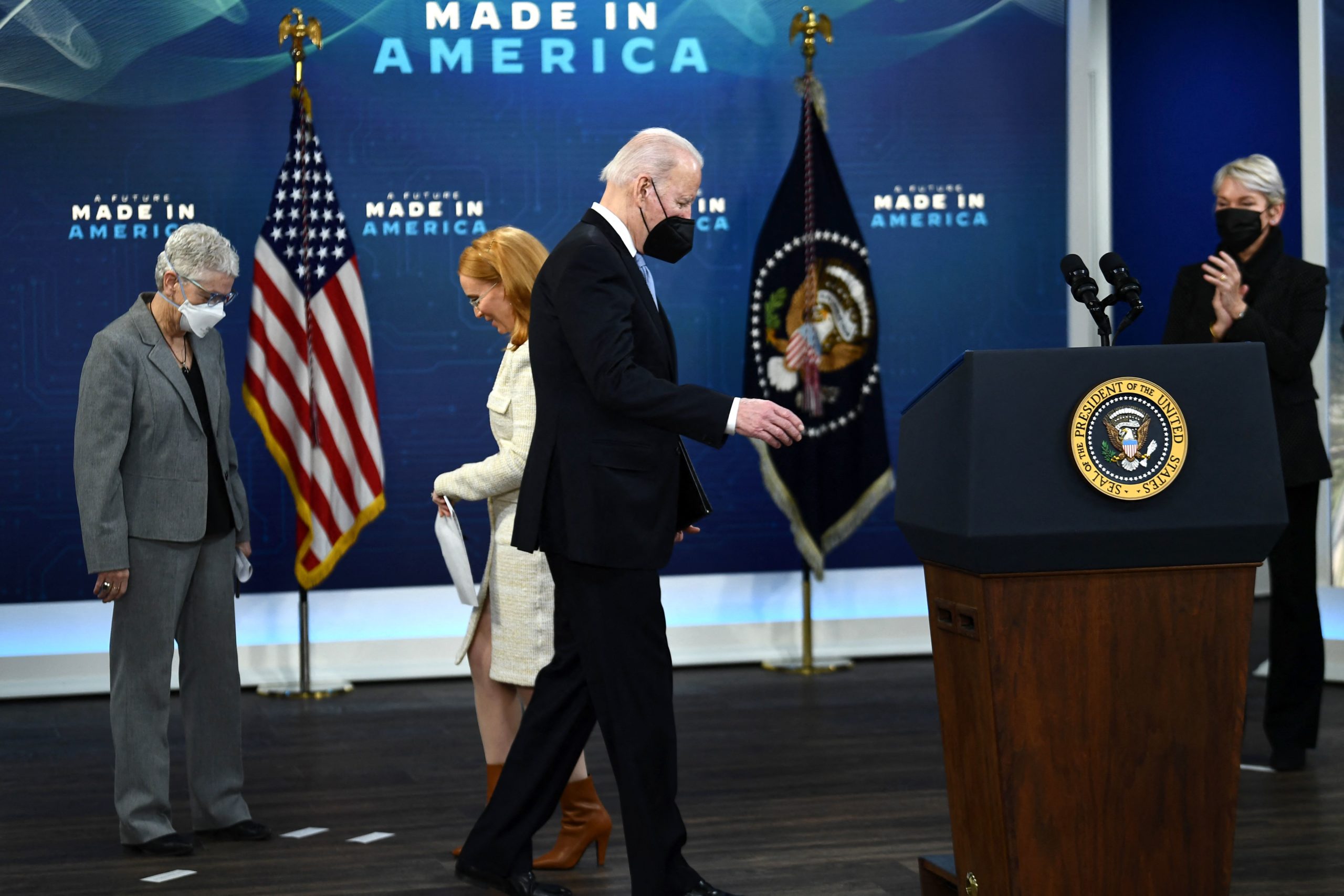 President Joe Biden walks to speak during an event about electric vehicles on Tuesday. (Brendan Smialowski/AFP via Getty Images)

“Biden’s attempt to control the activities of the American people and the activities of every business from Main Street to Wall Street has been halted today,” Republican Louisiana Attorney General Jeff Landry said in a statement. “Biden’s executive order was an attempt by the government to take over and tax the people based on winners and losers chosen by the government.”

“Agriculture, energy, and virtually every other manufacturing industry is at stake; and today, a federal judge in Louisiana recognized that the federal government does not have this reach,” Landry said. “While our fight is far from over, I am pleased the Court granted preliminary relief against the President’s unacceptable and unauthorized executive overreach.”

Biden has pushed renewable energy alternatives, including solar and wind projects, aggressively since taking office in 2021. The White House has outlined plans to ensure the entire U.S. grid is carbon-free by 2035 and the economy reaches net zero emissions by 2050.

The Biden administration has also waged a war on traditional energy production, nixing the Keystone XL pipeline, ditching an oil drilling project in Alaska and confirming it would review the possibility of shutting down a Michigan pipeline supplying much of the Midwest.

Former President Donald Trump nominated Cain to the bench in 2018, and the Senate overwhelmingly confirmed him a year later.