Facebook’s parent company, Meta, announced last week it would ban Russian state media ads from its service, but the move doesn’t stop countries like China from using their state channels to buy ads pushing Russian state’s messaging, Axios reported. Meta said in 2020 it would start to block state-controlled media outlets from buying advertising in the U.S., but they can still purchase advertising abroad. 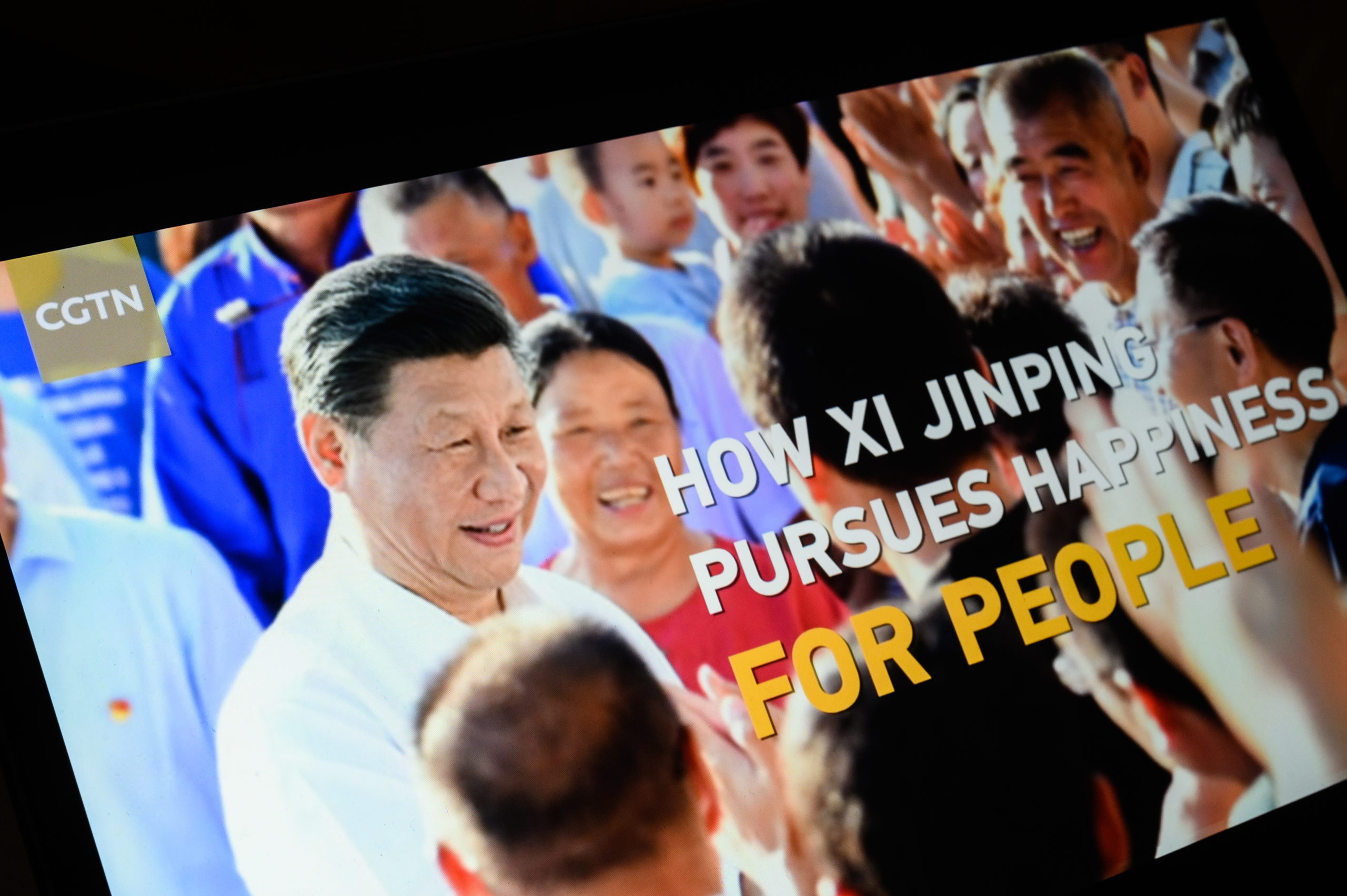 The title screen of a programme called “How Xi Jinping Pursues Happiness For People”, from state broadcaster CGTN’s archive is seen as it plays on a computer monitor on February 04, 2021 in London, England. (Photo by Leon Neal/Getty Images)

Most of the ads peddled newscasts about the invasion or media briefings from Chinese officials, and many worked in pro-Russia, anti-NATO talking points, downplaying Russia’s role in its invasion of Ukraine, Axios reported. Some of the ads reportedly targeted people in Hong Kong, Azerbaijan, Kazakhstan, Uzbekistan, Turkmenistan and Tajikistan, based on a search.

“Facebook is a global platform, and this conflict is going to have repercussions for everyone living everywhere,” Laura Edelson, an online disinformation expert and graduate student of computer science at New York University, told Axios. She said the rest of the world deserved the same level of protection from state media as the U.S., Axios reported.

A Meta spokesperson referred Axios to statements by Nick Clegg, Meta’s president of global affairs, who acknowledged a complicated balance between promoting the free flow of information and preventing disinformation.

“We’re in a completely unprecedented situation … which is why not only ourselves but many others in the tech sector are taking these pretty exceptional measures at this time,” Clegg said, Axios reported.