In light of the West’s united front against Russia amid its invasion of Ukraine, China will likely be forced to reexamine its plans for making Taiwan a part of the communist country, experts on the region told the Daily Caller News Foundation.

“I think that the military planners in Beijing, as well as politicians in Beijing, have to be very concerned at a deeper level about their assumptions and plans regarding Taiwan,” David Sacks, a research fellow at the Council on Foreign Relations, told the DCNF. “The democratic world has really come together behind this and … the narrative would be very similar with a Chinese attack.”

“They’re now starting to see the United States mobilize itself and I think they’re probably not very happy with that,” Gordon G. Chang, author of “The Coming Collapse of China,” told the DCNF. “We’ve had these decades of old lethargy and we might, we might, be coming out of it.”

China has increasingly sent aircraft into Taiwan’s defense zone, and it flew nine People’s Liberation Army planes over the country on Feb. 24, the day Russia began its invasion of Ukraine. Since Russian President Vladimir Putin deployed troops into the country, his forces have been met with stiff resistance from Ukraine’s army and citizens.

“As freedom-loving countries rally to defend Ukraine, don’t take your eyes off Taiwan. It’s not a matter of if China will take Taiwan, it’s when,” former U.S. Ambassador to the U.N. Nikki Haley told the DCNF. “And just like Putin watched how the U.S. handled Afghanistan, Xi is now watching how the United States and our allies confront Russia.”

“From a military perspective … this has not been encouraging,” Sacks said. He noted that Russia’s military “outmatches” Ukraine’s on all fronts but has failed to “achieve its military objectives.” (RELATED: Russia Could Fire Missiles At Itself In False Flag Attack, Ukraine’s Foreign Minister Says) 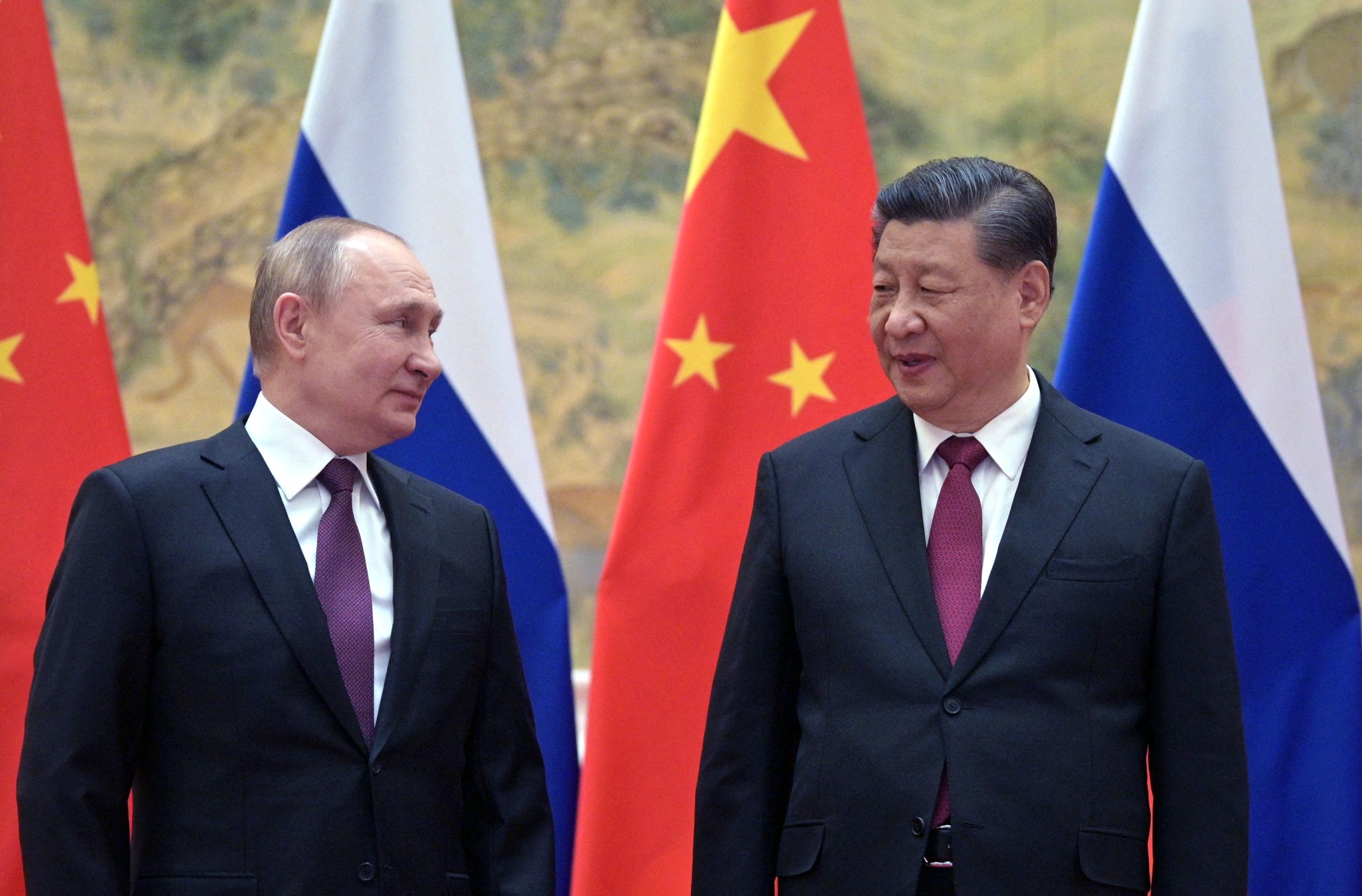 Russian President Vladimir Putin and Chinese President Xi Jinping pose for a photograph during their meeting in Beijing, on February 4, 2022. (Photo by ALEXEI DRUZHININ/Sputnik/AFP via Getty Images)

Dr. Matthew Kroenig, a professor at the Edmund A. Walsh School of Foreign Service at Georgetown University, told the DCNF that Russia’s shortcomings are particularly concerning for China because while Moscow’s military is “battle-hardened,” Beijing’s is not.

“They’ve been fighting in Ukraine since 2014. They invaded Georgia. Intervened in Syria in 2015 to prop up Assad,” Kroenig said. “China’s military hasn’t fought a war since the war against Vietnam in the 1970s, and so I think there’s a lot of uncertainty about how the Chinese military would perform in battle.”

With Russia’s invasion only a little over a week old, however, there is still time for the tide to shift in Moscow’s favor. Russian forces captured their first major city, Kherson, on Wednesday.

“The real question is going to be, assuming the war lasts this long and the sanctions last this long, three months from now, how much is Russia’s economy still isolated from the rest of the world?” Dean Cheng, a senior research fellow at The Heritage Foundation, told the DCNF.

Regardless of the outcome of the Ukraine crisis, however, China is poised to alter its plans for how its forces would attack Taiwan based on the consequences of Russia’s early disappointments.

“My fear is that the takeaway from the Chinese military planners is going to be that essentially you need decisive, overwhelming force early in a conflict because if you let this play out, then the sanctions can take effect, they can take hold, and Taiwan would be able to build support,” Sacks said.

Kroenig concurred, arguing China may decide to “go big from the beginning” in an attempt to achieve the best-case scenario. (RELATED: Russia Drafts Plans For Public Executions In Captured Cities: REPORT)

Taiwan’s defense planning is also likely to adjust in response to Ukraine’s resistance, as they’re seeing that an “armed citizenry, which is motivated to defend themselves, can defeat a big power,” Chang said. 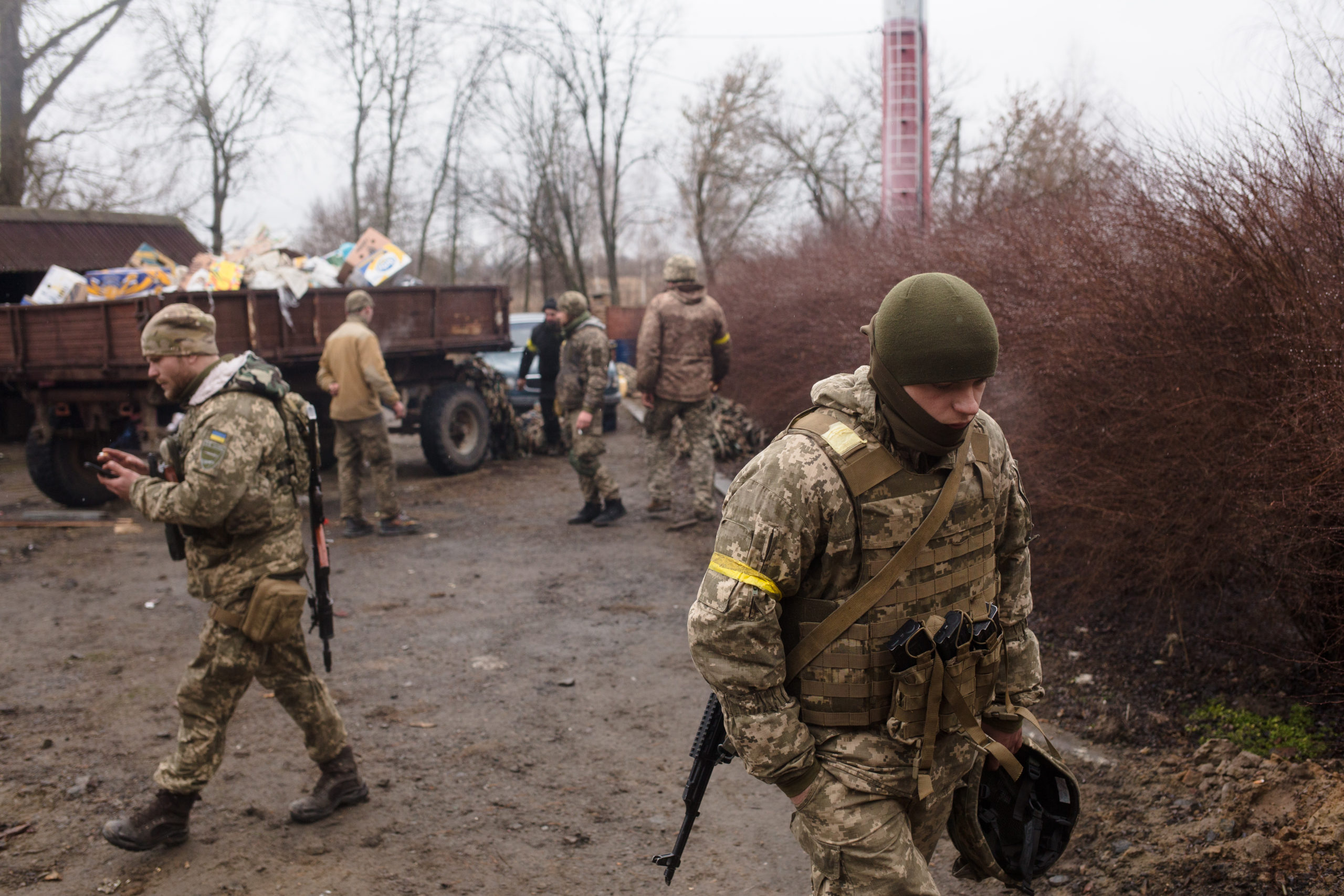 Ukrainian servicemen walk near their military redoubt on March 3, 2022 in Sytniaky, Ukraine, west of the capital. Russia continues its assault on Ukraine’s major cities, including the capital Kyiv, a week after launching a large-scale invasion of the country. (Photo by Anastasia Vlasova/Getty Images)

Ukraine’s parliament approved a draft law to allow citizens to carry firearms after Putin recognized two separatist territories as independent. Its defense ministry called on those in Kyiv to use Molotov cocktails to help defend against Russian invaders as they move into the capital.

“Maybe, Taiwan is going to learn from this is that a levee en masse, an armed population, may serve as a deterrent,” Cheng said. “Handing out tons of AK-47s has probably made Russia’s life a lot harder.”

In the future, should it appear China is gearing up for an invasion, the U.S. needs to be more specific when laying out the sanctions that attacking Taiwan would lead to, unlike how the Biden administration handled the Ukraine crisis, Sacks said.

He noted the decision to hold back sanctions until Russia actually invaded was the right move, but that it was important the U.S. “signal what the sanctions would be beforehand.”

“The United States and its European partners are so much more powerful than Russia, yet we’re not able to stop a Russian invasion,” Chang said.

“That’s a failure of not only Biden but it’s also a failure of the foreign policy consensus that has reigned in the United States for a very long time,” he said. “And so Putin took this as a big green light to engage in even more provocative behavior.”