Ukrainian Minister of Foreign Affairs Dmytro Kuleba and his Russian counterpart Sergei Lavrov spoke on Thursday about the possibility of a meeting between their respective presidents, Axios reported.

The idea came up while Kuleba and Lavrov met in Turkey for negotiations over Russia’s invasion of Ukraine, but the high-level talks failed to come to an agreement on a ceasefire, Axios reported. Russia reportedly continued to accuse Ukraine of being the aggressor in the conflict, and its representatives said the attacks would not relent until its demands were fulfilled.

“Russia is not in a position at this point to establish a ceasefire. They seek a surrender from Ukraine,” Kuleba said, Axios reported. “This is not what they’re going to get. Ukraine is strong, Ukraine is fighting.” 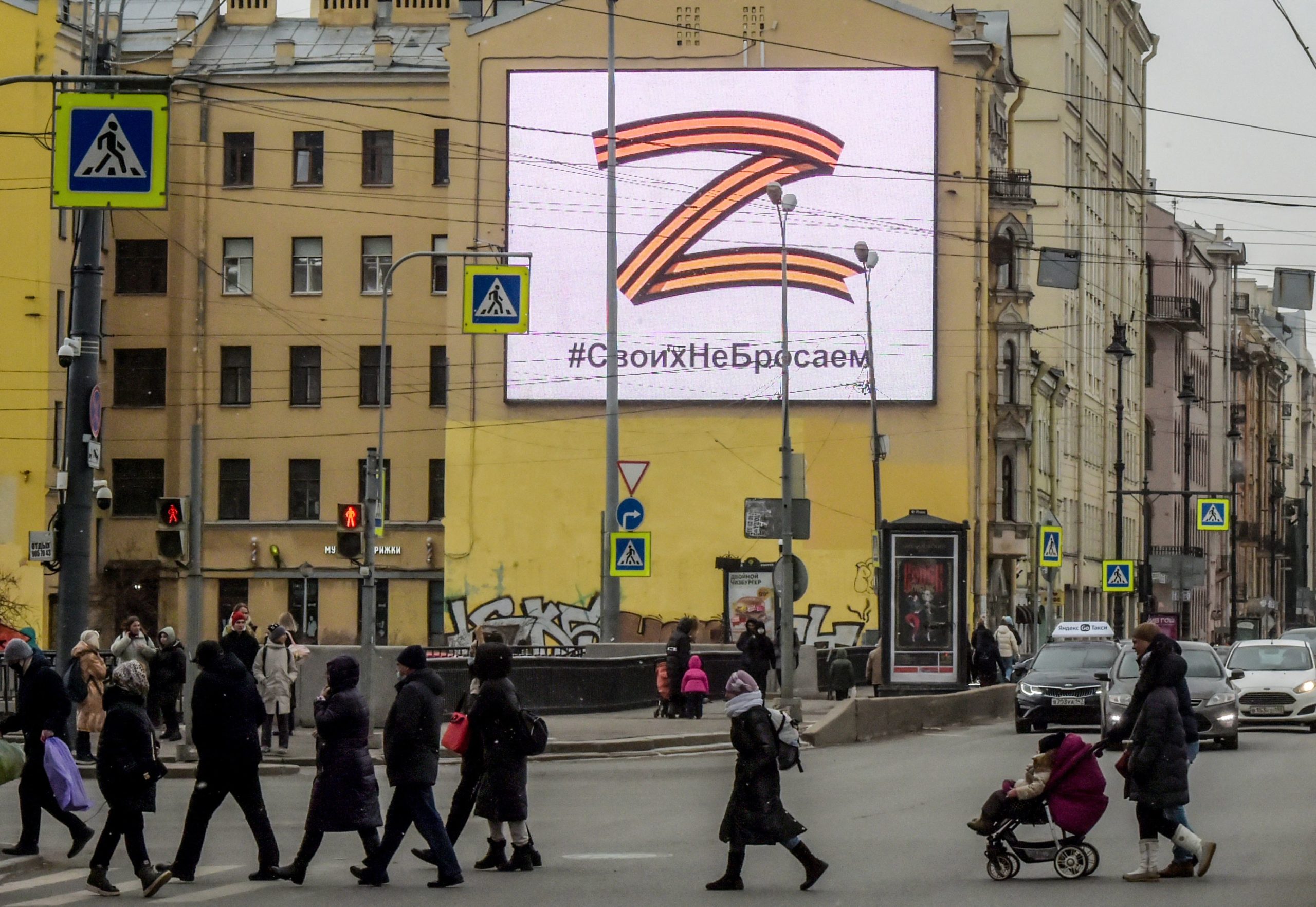 Pedestrians cross a street in front of a billboard displaying the symbol “Z” in the colours of the ribbon of Saint George and a slogan reading: “We don’t give up on our people”, in support of the Russian armed forces, in Saint Petersburg, on March 7, 2022. (Photo by -/AFP via Getty Images)

“Ukraine made Russia’s initial plans fail. We are seeking a diplomatic solution to this war. But we will not surrender,” Kuleba said, Axios reported. (RELATED: ‘Decisive, Overwhelming Force’: How China Will Learn From Russia’s Invasion)

Russia invaded Ukraine in late February after Russian President Vladimir Putin recognized two breakaway regions as independent. Ukrainian President Volodymyr Zelenskyy has stayed in his nation’s capital despite an offer by the U.S. to evacuate him.

Putin failed to swiftly capture Kyiv and decapitate the Ukrainian government, as his forces have met stiff resistance from Ukrainians, Axios reported.