The Department of Homeland Security (DHS) announced Thursday it will allow asylum officers to issue rulings on asylum cases rather than just judges as the department faces a severe backlog.

The new rule allows officers with the U.S. Citizenship and Immigration Services (USCIS) to “consider the asylum applications of individuals subject to expedited removal who assert a fear of persecution or torture and pass the required credible fear screening,” the DHS announced. Only immigration judges can currently consider such applications.

The agency said it expects the changes to decrease the time it takes for asylum applications to be processed from years to months.

“The current system for handling asylum claims at our borders has long needed repair,” DHS Secretary Alejandro Mayorkas said. “Through this rule, we are building a more functional and sensible asylum system to ensure that individuals who are eligible will receive protection more swiftly, while those who are not eligible will be rapidly removed.” 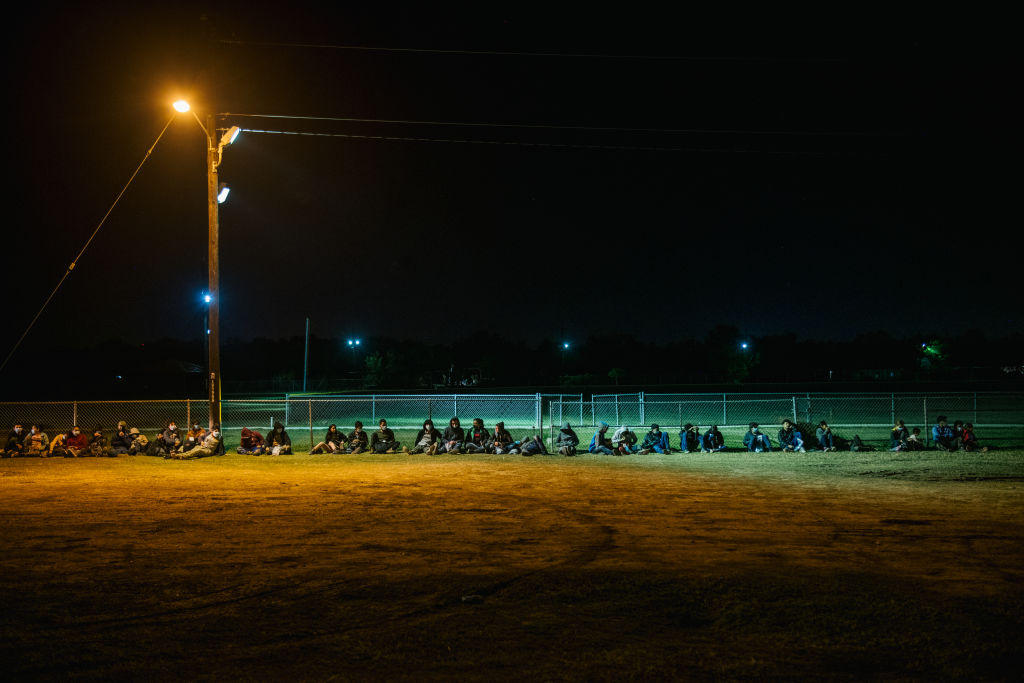 LA JOYA, TEXAS – NOVEMBER 17: Migrants sit against a fence while waiting to board a border patrol bus after crossing the Rio Grande into the U.S. on November 17, 2021 in La Joya, Texas. (Brandon Bell/Getty Images)

Under the new rule, asylum applicants with a credible fear claim will be given a “timely interview with an asylum officer” to determine whether their asylum claim is valid. After the interview, a USCIS officer will then determine whether or not to grant the asylum claim. Individuals whose asylum claims are not granted by a USCIS officer will be referred to an immigration judge for a removal proceeding, according to the DHS statement.

The announcement comes as U.S. officials are reportedly quietly preparing for more than 170,000 migrants to arrive at the southern border pending the potential lifting of a COVID-era expulsion policy, according to Axios. Intelligence officials reportedly fear that when Title 42, a Trump-era policy that allows migrants to be rapidly expelled during the COVID-19 pandemic, is ended, migrants will flood the border, the outlet reported.

DHS officials reportedly estimate roughly 25,000 migrants are waiting in Mexican shelters along the border for the end of the policy, according to Axios.