The GOP could flip a Texas congressional seat that has been held by Democrats since its creation in a special election that will test conservative gains with the Hispanic community.

Democrat Rep. Filemon Vela, who had already announced he would not seek reelection, will retire from Congress early to accept a position at the law firm Akin Gump, Punchbowl News’ Heather Caygle reported.

Vela’s premature departure means Republican Texas Gov. Greg Abbott could schedule a special election for the 34th Congressional District, which was created in 2012. The district will be subject to new lines in the November midterms due to redistricting, making it harder for the GOP to flip the seat red, according to Cook Political Report’s David Wasserman.

“Texas’ 34th Congressional District is a top battleground for Republicans,” NRCC spokeswoman Torunn Sinclair told the Daily Caller News Foundation in a statement. “South Texans are on the front lines of a border and inflation crisis created by the Democrat Party and are turning to the GOP because their current Democrat representatives have failed them.”

Abbott would have to call an “emergency special election,” since the usual deadline to schedule a special election before November has passed, The Texas Tribune reported. The election code says he would have to publicize the “nature of the emergency,” which he could do by citing concerns revolving around illegal immigration.

Should Abbott decide to hold the special election, it would give Republican nominee Mayra Flores “a chance to come to Congress for at least a lame-duck session,” Wasserman wrote. (RELATED: ‘The Messenger Matters’: Latino Republicans Of Congress Reflect On GOP Gains With Hispanics) 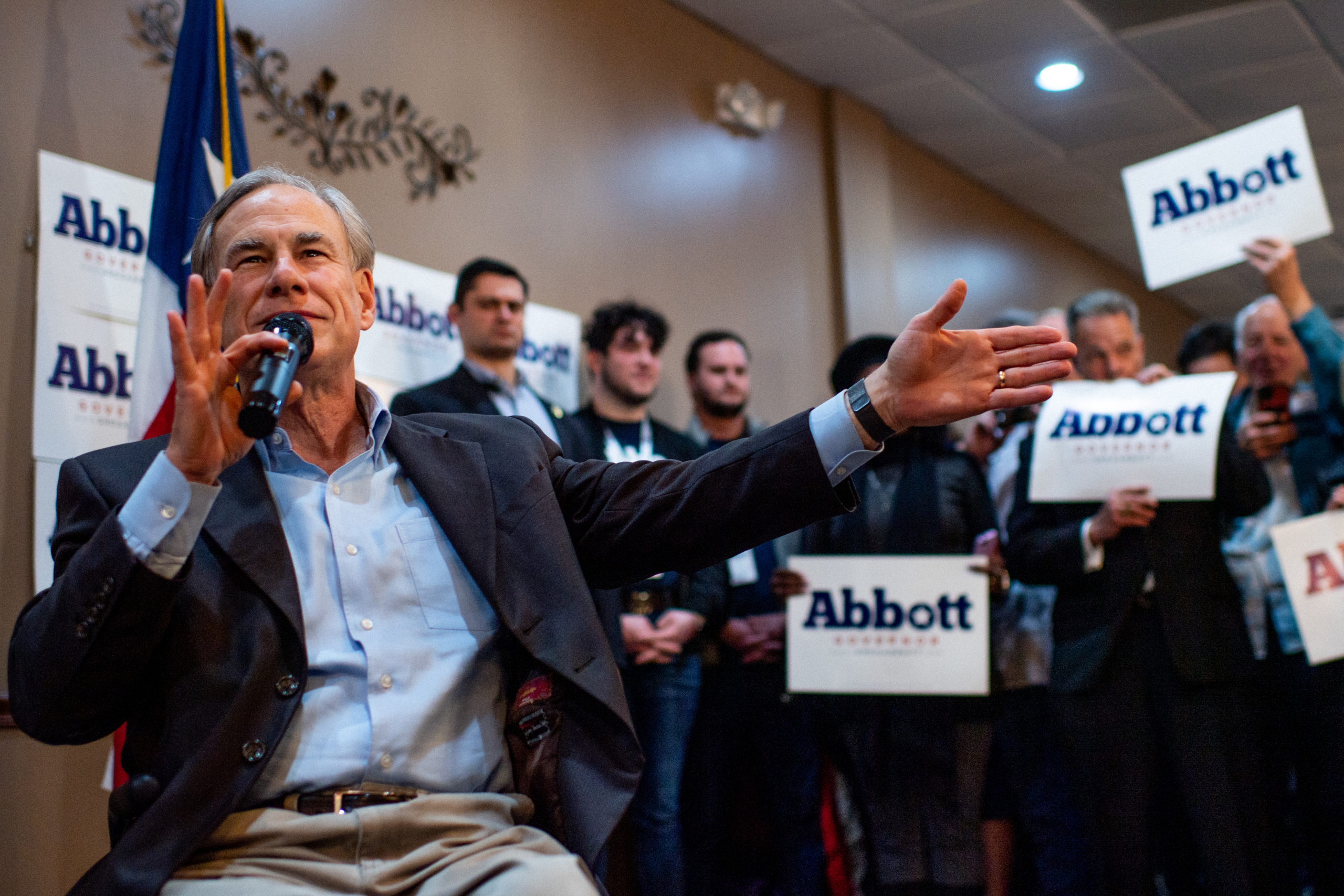 Texas Gov. Greg Abbott speaks during the ‘Get Out The Vote’ campaign event on February 23, 2022 in Houston, Texas. (Photo by Brandon Bell/Getty Images)

Republicans have been eager to showcase the ground they’ve made with the Hispanic community since President Joe Biden underperformed in south Texas in 2020.

“South Texas is conservative. A lot of people just don’t know it,” Flores said at a press conference on Monday, where she was promoted by Stefanik’s Elevate PAC (E-PAC). “We want to make sure that it wasn’t a one-time thing. That’s the reason why I’m running, to make sure that these people come back in 2022 and many years to come.”

Flores, a respiratory care practitioner who immigrated to the U.S. at the age of six, is the wife of a border patrol agent and cited the “constant disrespect” agents receive as a reason she would win the open seat during the press conference.

“They are our family, they are our husbands, our neighbors and an attack against our border patrol agents is a personal attack,” she said. “We support our law enforcement all the way.”

She emphasized the importance of conservatives utilizing both English and Spanish language ads and running them on networks like Telemundo, as well as Spanish radio stations, to educate the community on its aligned values with the GOP. (RELATED: ‘Defcon 1 Moment’: Florida Democrats Panic Over New Conservative Network Targeting Hispanics) 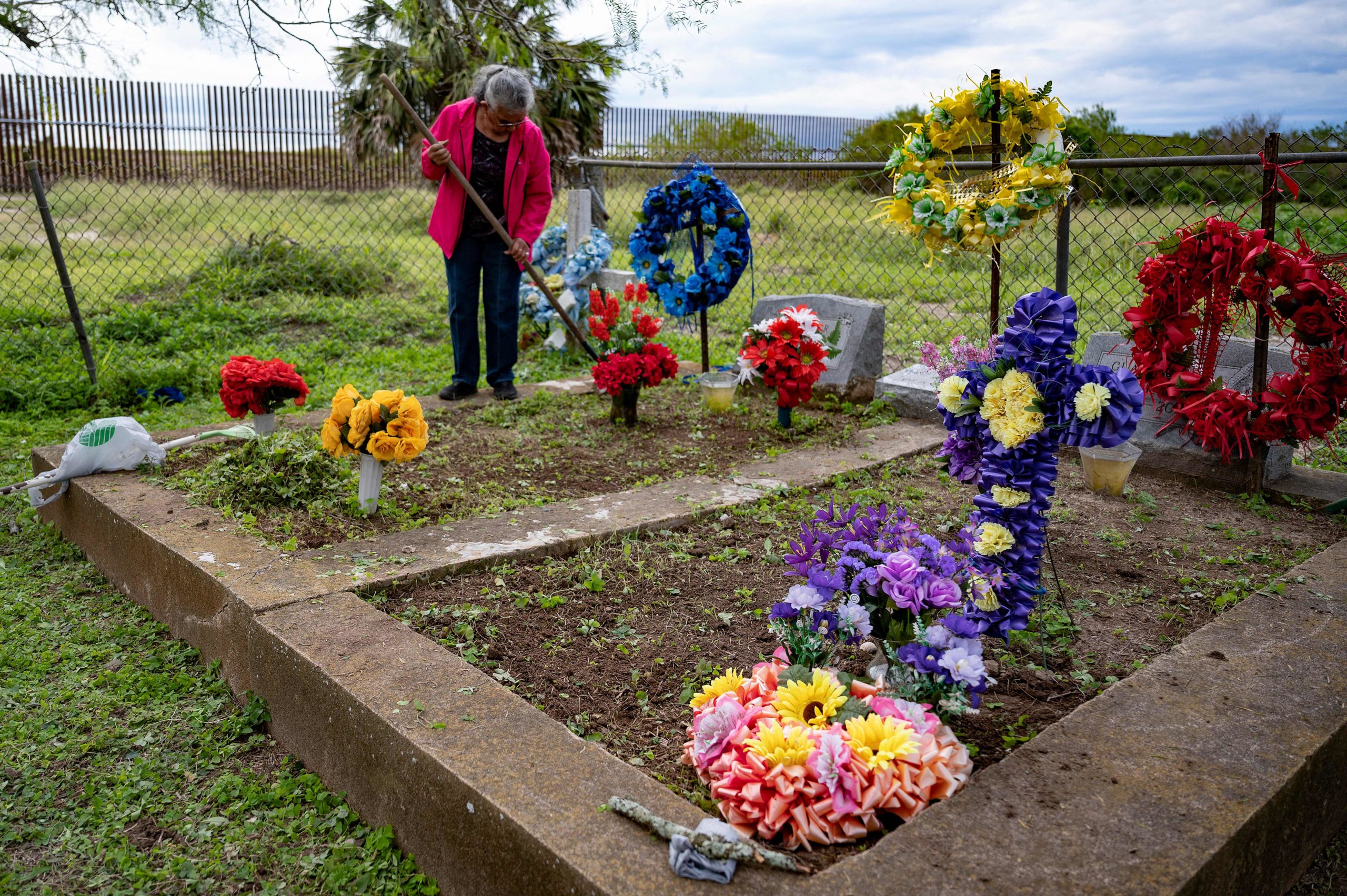 Leonor Villarreal tends to overgrown weeds on a family plot at a cemetery near the border fence in Brownsville, Texas, on February 11, 2022. (Photo by JIM WATSON/AFP via Getty Images)

The Republican National Committee has established Hispanic Community Centers throughout Texas to attract more voters, setting up in Laredo, McAllen, San Antonio and Houston. It’s made similar efforts with the black community in the U.S.

Republicans have some early indicators their efforts are paying off, as Hispanic turnout more than doubled in the Rio Grande Valley for the GOP’s midterm primary on March 1 when compared to the previous one, the Tribune reported. The Wall Street Journal also released a poll in December that found Hispanic voters are now evenly split between both parties, while 22% are undecided.

“We’re making inroads among Hispanic voters across the country,” Stefanik told the DCNF after the press conference. “What they saw this last year and are currently seeing now with the open border policies … this is a crisis of epic proportions and they’re frankly on the front lines.”

Flores’ opponent in the general election, Rep. Vincente Gonzalez, who currently represents Texas’s 15th Congressional District, has already said he will not be competing in a special election, the Tribune reported. Democrats will have to find another candidate to face Flores in a special election, only to serve in Congress for a few months until Gonzalez or Flores wins in November.