A Democratic candidate for senator lambasted the Biden administration’s stance on mask mandates and inflation in an interview with The New York Times published Monday.

“Masks suck,” Rep. Tim Ryan, who is running to become Ohio’s next senator, told the NYT while championing a court decision to end the mask mandate for airlines and public transportation. “I think we’re all tired of it.”

A Trump-appointed federal judge in Florida struck down the Centers for Disease Control and Prevention’s mandate in April, which the Justice Department has appealed.

Ryan has framed himself as a moderate candidate, focusing on rebuilding the middle class and making the U.S. competitive with China, according to the NYT. His first campaign ad of the 2022 election cycle featured Ryan calling out “Washington” for “wasting our time on stupid fights” while “China is out-manufacturing us left and right.”

Ryan cited inflation as the biggest problem facing the Democratic Party and he’s one of only seven Democratic candidates to send out ads that touch on the issue, according to the media tracking firm AdImpact, the NYT reported

“Burying your head in the sand,” Ryan said, “is not the way to approach it.” He called his party “a national brand that is not seen as connected to the working-class people, whether they’re white or Black or brown.” (RELATED: Here Are The 12 Pivotal Primary Races Of 2022) 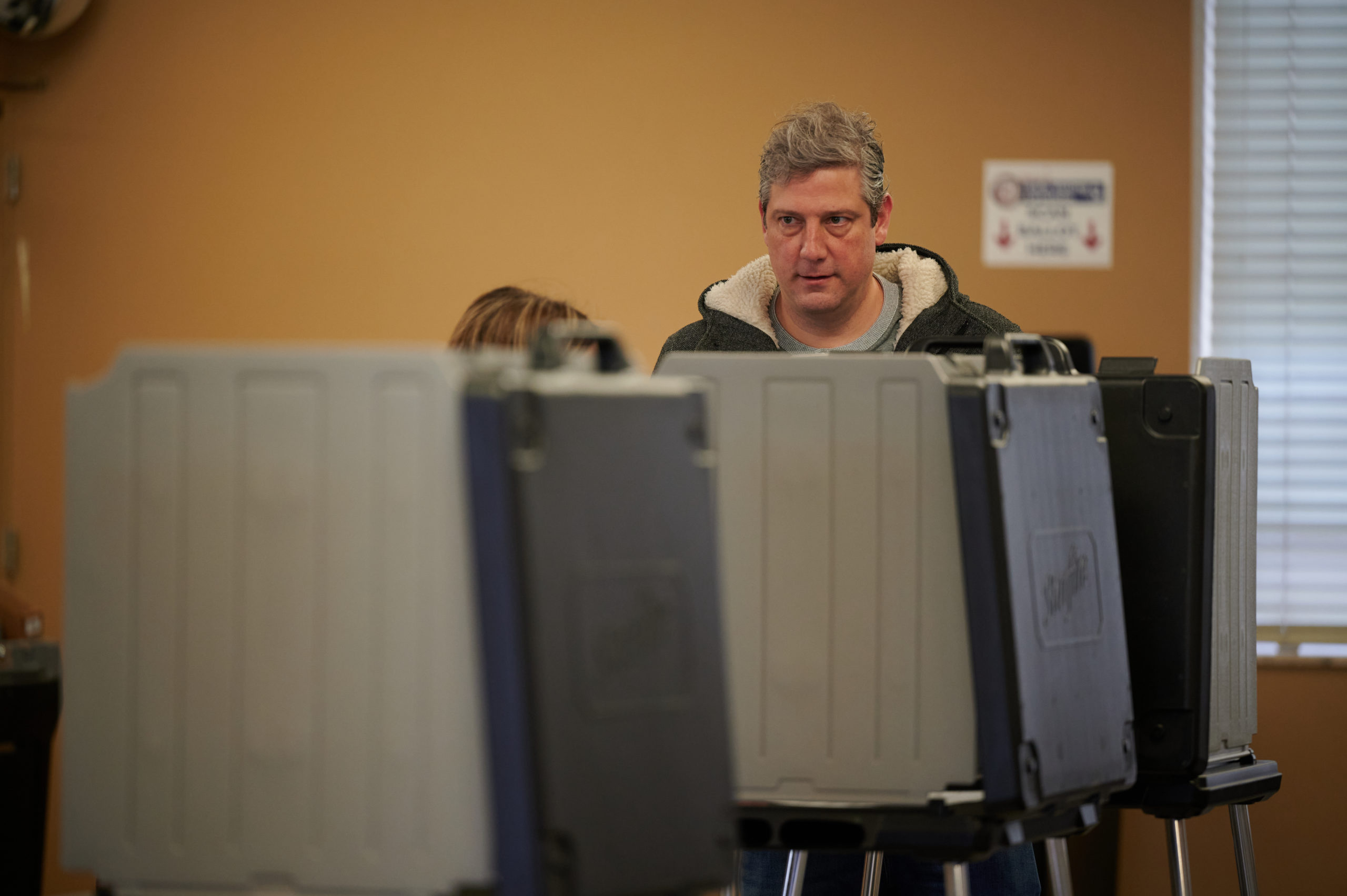 U.S. Senate candidate Rep. Tim Ryan (D-OH) along with his wife Andrea Zetts and his two step children Bella Gentile, 18 and Mason Gentile, 19 vote early in the Ohio primary election at the Trumbull Country Board of Elections on April 18, 2022 in Warren, Ohio. (Photo by Dustin Franz/Getty Images)

“They promised us higher wages and lower prices,” he said in the ad. “Instead, we got pink slips and now price increases.”

Sens. Sherrod Brown of Ohio, Jon Tester of Montana and Gary Peters of Michigan were named as individuals Ryan would welcome to the state to advocate on his behalf, but did not provide a clear answer when asked if he would do the same for President Joe Biden and Vice President Kamala Harris, the NYT reported.

Biden’s approval rating has remained low amid high inflation, sitting at 42% in an April CBS News/YouGov poll. His approval among Americans aged 18-29 fell to 41% in a Harvard Kennedy School poll released in April, down from 59% in spring 2021 and 46% in fall 2021.

Ryan has a substantial polling lead in the Democratic primary, which will be held on Tuesday, but will likely face an uphill battle in the general election. Former President Trump won Ohio by eight points in both 2016 and 2020.

The Republican primary is far more competitive, with three different candidates placing first in polling in the weeks leading up to election day.