Republican Georgia Gov. Brian Kemp won his party’s gubernatorial primary Tuesday, allowing the incumbent to run for a second term in the general election, according to several election forecasters.

Kemp successfully fended off a primary challenge from former Republican Georgia Sen. David Perdue, who received former President Donald Trump’s endorsement. The governor secured Trump’s wrath when he refused to overturn the results of the 2020 presidential election in Georgia over unsubstantiated claims of massive voter fraud.

Perdue consistently underperformed in the polls, trailing Kemp by 25 points in RealClearPolitics’ polling average. He was the first 2022 candidate to receive a donation from Trump’s Save America PAC and had the former president as a guest at a rally in March, The New York Times reported.

The general election will be a rematch between Kemp and Stacey Abrams, who competed against each other in the 2018 gubernatorial race. Abrams became a national figure within the Democratic Party in the aftermath of her loss, which could hurt her chances as she makes a second attempt at the office, Lakshya Jain, an election analyst who writes for Split Ticket, told The Daily Caller News Foundation. 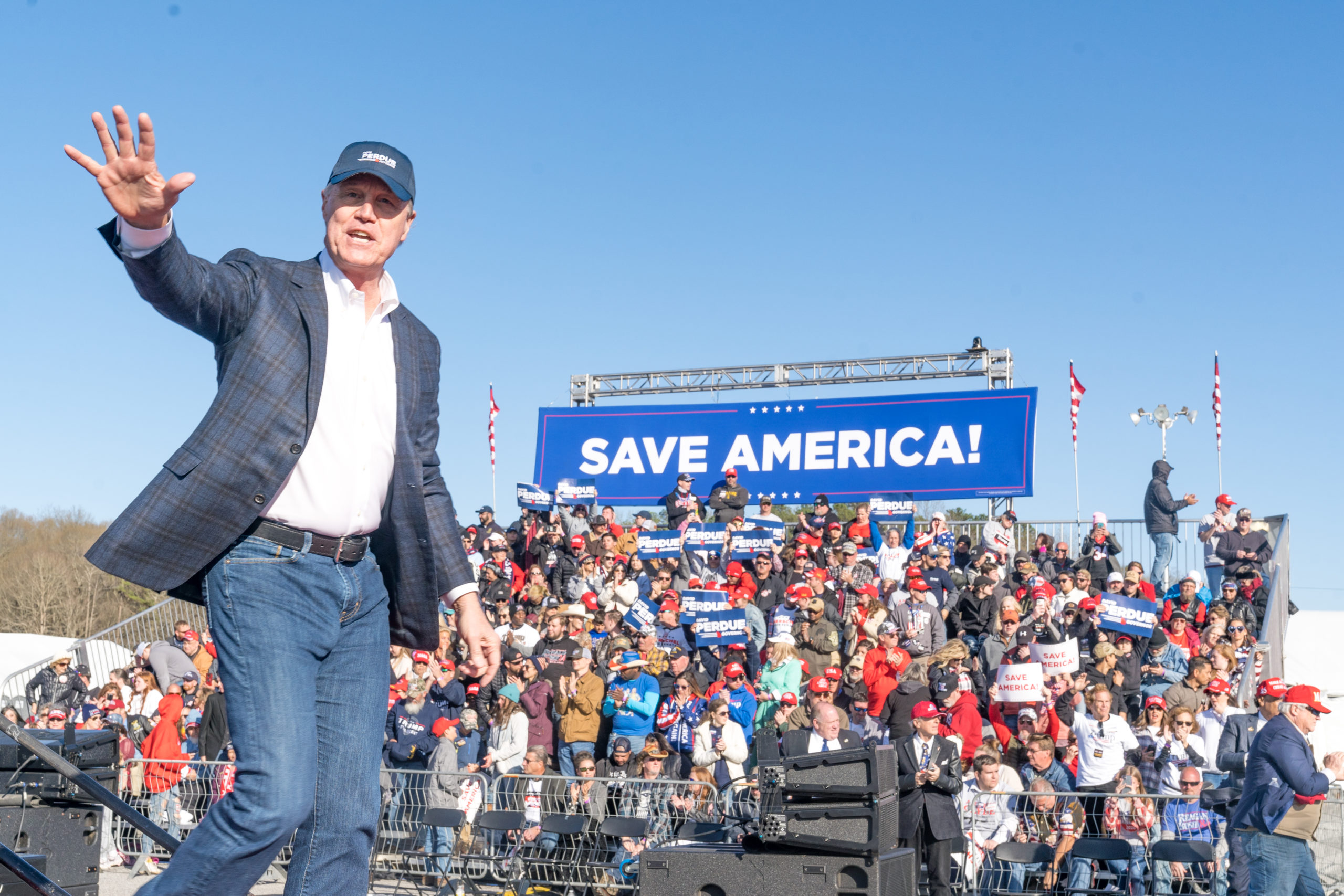 Former U.S. Senator and Republican candidate for Governor of Georgia David Perdue waves to supporters of former U.S. President Donald Trump after speaking at a rally at the Banks County Dragway on March 26, 2022 in Commerce, Georgia. (Photo by Megan Varner/Getty Images)

The governor signed a new state voting law amid Republican concerns about election integrity, which many Democrats accused of disenfranchising voters. Abrams called the new regulations “Jim Crow 2.0.,” but as of Friday, the number of early in-person votes in Georgia was three times higher than that of 2018 and higher than that of 2020.

Kemp also signed into law an income tax relief bill, substituting the progressive income tax with a top rate of 5.75% to a flat 4.99% income tax by 2029, Forbes reported.

Trump did not make any personal visits in support of Perdue in the weeks before election day, NBC News reported. Perdue’s campaign scheduled $0 worth of dollars for ads in the last week of the race.  (RELATED: Here Are The 12 Pivotal Primary Races Of 2022)

Georgia Republican Secretary of State Brad Raffensperger also won his primary against Rep. Jody Hice, who was backed by Trump, according to multiple election forecasters.

Kemp was endorsed by former President George W. Bush and former Republican Vice President Mike Pence, Politico reported. Bush held a fundraiser for Kemp in May, while Pence headlined a rally for him the same month.