The Michigan Bureau of Elections might disqualify five Republican candidates in the state’s GOP gubernatorial primary because it found thousands of invalid signatures obtained by petition circulators.

Numerous petitioners secured only invalid or unusable signatures for multiple Republican candidates, according to a report by the bureau released Monday. It uncovered 68,000 invalid signatures on the petitions of 10 Republican campaigns, leaving five below the 15,000 required for the primary, which is scheduled for August.

Two of the candidates that now fall short, James Craig, a former Detroit police chief, and Perry Johnson, a Bloomfield Hills businessman, were frontrunners in the race, The Wall Street Journal reported. The development threatens to scramble the primary as the GOP attempts to take down Democratic Gov. Gretchen Whitmer.

The bureau’s report said there was currently no indication any of the candidates or campaigns had knowledge of the fraudulent signatures. 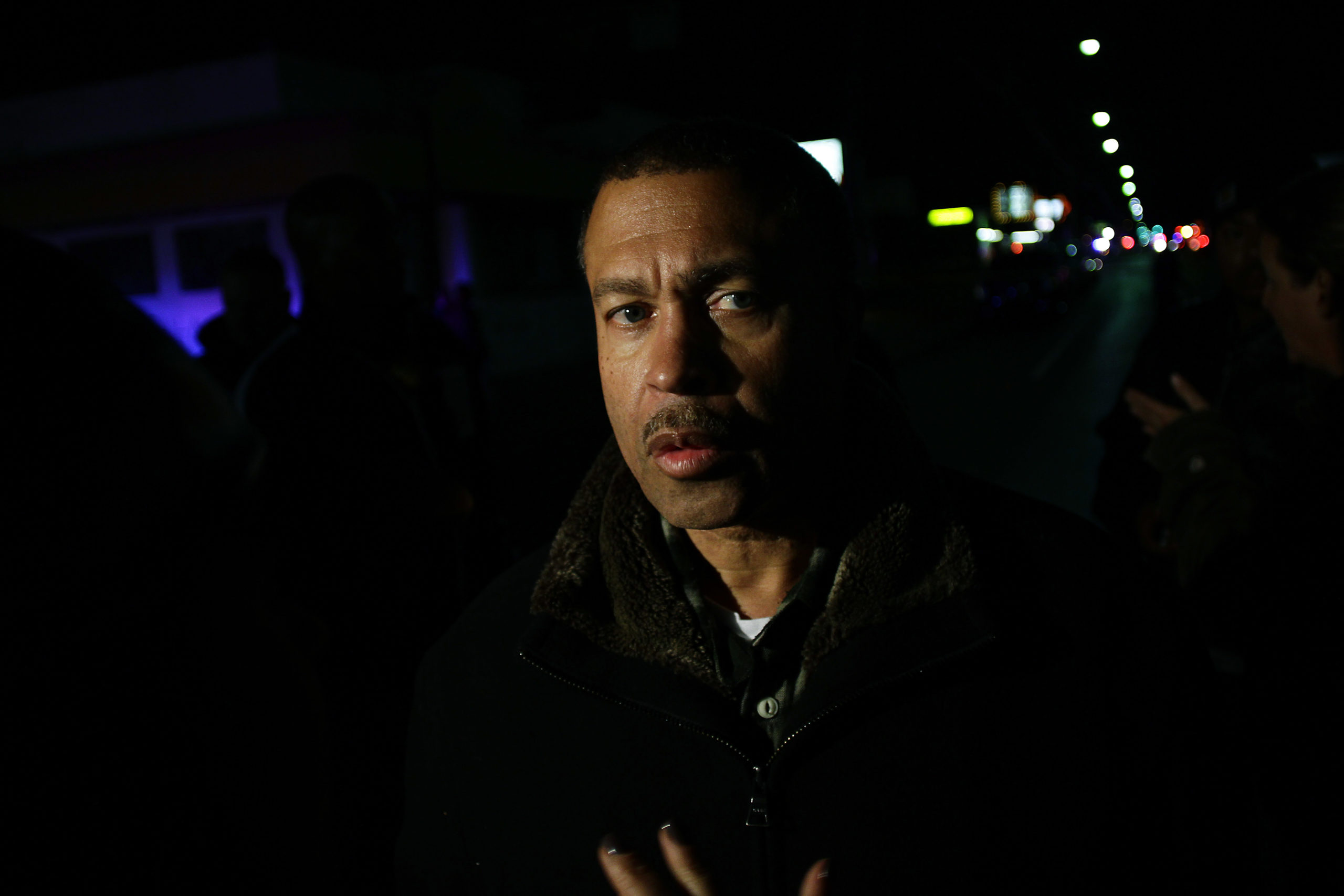 Detroit Police Chief James Craig talks to reporters about a shooting outside of a barber shop where nine people were shot November 6, 2013 in Detroit, Michigan. (Photo by Joshua Lott/Getty Images)

The report said the bureau had never witnessed a situation “in which this many circulators submitted such a substantial volume of fraudulent petition sheets consisting of invalid signatures, nor an instance in which it affected as many candidate petitions as at present.”

“Michigan’s petition process is fatally flawed because it easily allows criminals to victimize candidates for public office and their thousands of supporters who legitimately sign petitions,” Johnson said in a statement Monday.

Ron Weiser, chairman of the Michigan Republican Party, accused Democrats of attempting to disqualify Republican candidates behind the scenes.

“Democrats claim to be champions of democracy but are actively angling behind the scenes to disqualify their opponents in an unprecedented way because they want to take away choice from Michigan voters after years of terrible policies,” Weiser told the WSJ. (RELATED: Two Michigan Men Acquitted In Plot To Kidnap The Governor)

A spokesperson for Craig told Fox News he “is continuing to fight this and will take it to court.”

The bureau said it will be up to Michigan’s Board of State Canvassers to determine whether the candidates have enough signatures. The board is comprised of four members, two Democrats and two Republicans, and could announce its decision at a Thursday hearing, the WSJ reported.

The campaigns of Craig and Johnson, the Michigan Bureau of Elections and the Michigan Democratic Party did not immediately respond to The Daily Caller News Foundation’s request for comment.