Every reasonably honest observer knows the corporate media has a liberal bias. That bias is displayed more often in the topics they choose to emphasize than in outright misinformation. We all know the major narratives that the media is trying to drive home. There is none bigger than the idea that Republicans have become extreme, out of the mainstream and even dangerous. There is certainly some craziness on the American right, but it’s misinformation of the highest order to pretend the eccentricities of the right even approach the outright radicalism the left is mainstreaming today. That’s the big lie the media is trying to pull off. It’s not working.

For the first time ever, many in the press openly advocate against balance, fairness and objectivity. Nobody benefits more from this dynamic than President Joe Biden. Yet even with a press corps desperate to prop him up, Biden is plumbing historic depths in unpopularity. It’s hard to say he hasn’t earned it. The list of failures is almost too long for a single column. And the failures are largely self-created by an adherence to a fringe ideology at odds with decades and even centuries of mainstream American political thought.

Biden voluntarily opened the southern border to such an extent that the U.S. now has virtually no control over the flow of immigrants, weapons and illegal drugs. The U.S. government has no idea just how many people are crossing, but it’s in the millions per year. Dangerous drugs like fentanyl are coming across at previously unthinkable levels. Fentanyl overdoses have skyrocketed as a result. America has had a long history of debating immigration, but truly wide-open borders are simply unprecedented. Like all the left’s radical goals, this one is not sitting well with the American people. 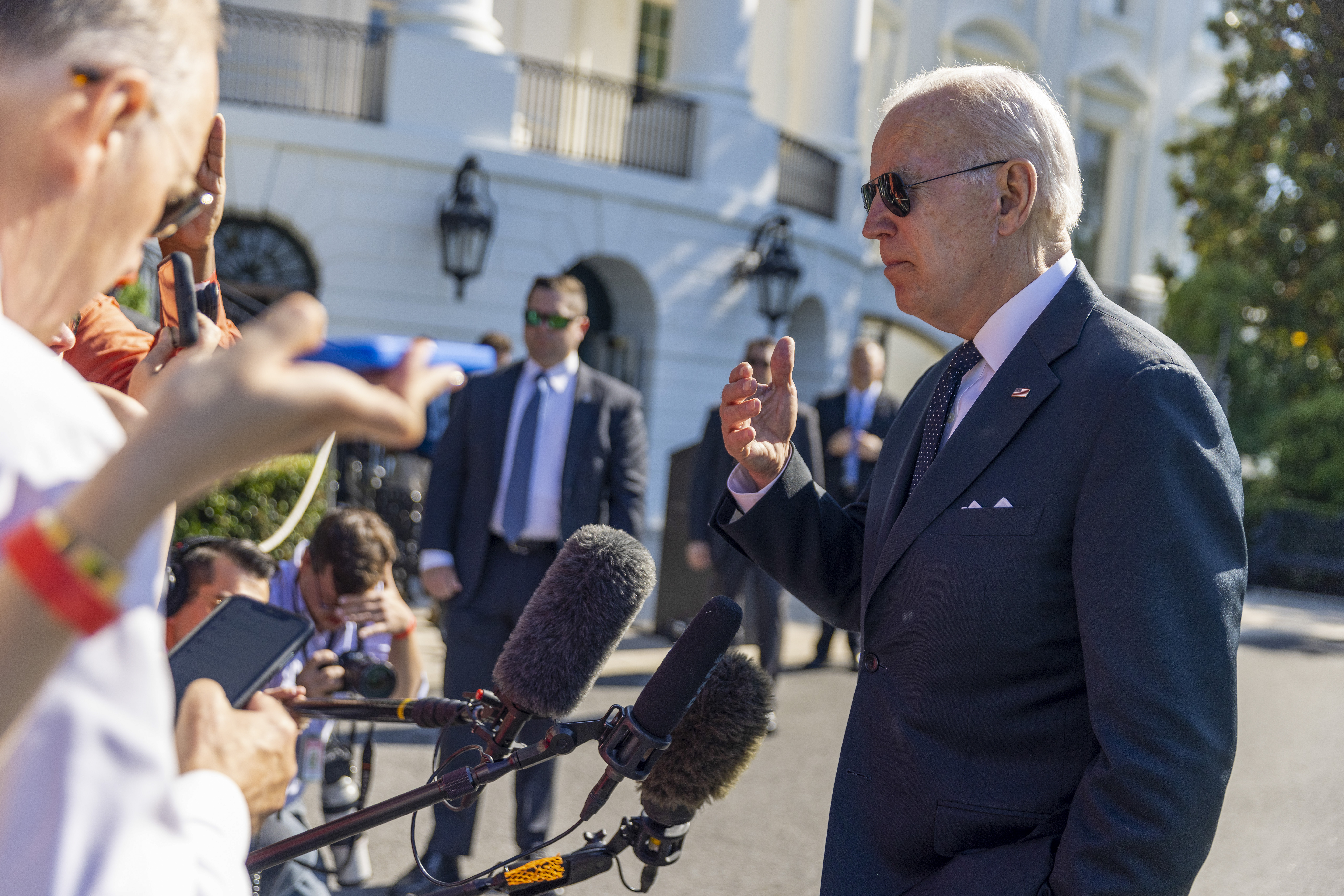 WASHINGTON, DC – MAY 30: President Joe Biden speaks to the media on the south lawn of the White House on May 30, 2022 in Washington, DC. (Photo by Tasos Katopodis/Getty Images)

On crime, Biden failed to stand up to the crazies in his own party when they implemented bizarre ideas like defunding the police, getting rid of cash bail and not prosecuting criminals. Crime is now booming in many cities. It’s gotten so bad that even voters in liberal cities like San Francisco are starting to throw extremist left-wing prosecutors out of office. Voters, especially minority voters, are switching parties over this issue.

There were many Americans in both parties who had grown disillusioned by the multidecade war in Afghanistan. But Biden let down every American by handing withdrawal security to the Taliban. In the end, it cost billions in lost weapons and, more importantly, the tragic loss of many brave American troops who had every reason to expect more from their commander in chief. This one was so bad that even the assist from the press corps was tepid as a result. It was flat-out indefensible. (RELATED: New UN Report Confirms What Many Feared Would Happen In Afghanistan After Withdrawal)

On energy, Biden helped choke off the American energy industry to the detriment of the thousands of working-class Americans in the energy business. In the process, he ruined the family finances for anyone who drives a car or pays a heating bill. The end result was to empower Russia, China, Saudi Arabia and others to use energy production to harm America’s national security. There is no better example of putting ideology over the interests of everyday Americans.

Perhaps most tragically, Biden pursued an economic agenda that drove up inflation to the unsustainable point it’s at today. His so-called American Rescue Plan dumped billions of new dollars into an already overheating American economy. It helped drive up inflation to record levels. Somehow, in the face of this tragic error, the president’s response has been to call for even more government spending. Of all the ideologically driven absurdity of the past two years, this may be the most difficult to square with reality.

Rather than hold Biden to account, the press has worked hard to normalize the craziness. It’s an impossible task. These policies are so inept and often so radical that they cannot be effectively marketed to practical American people, even with every major newspaper on board. (RELATED: Inflation Hits Yet Another Record High As Americans Feel The Squeeze)

Nowhere has the press campaign been more blatant than the coverage of Democratic West Virginia Sen. Joe Manchin. For nearly two years now, Manchin has been holding out against the excesses of his own party. During this period, newspapers have run thousands of articles spurred on by leaks from the Biden White House or left-wing senators celebrating how close a deal was with Manchin for a massive new expansion in government spending or trashing Manchin for subsequently reneging on these purported agreements. Manchin has consistently denied — on the record — that he was close to a deal, yet the coverage has continued and even intensified over time. Manchin has consistently pointed out the insanity of massive new rounds of government spending at a time of booming deficits and runaway inflation. It’s hard for any sane person to argue with this. 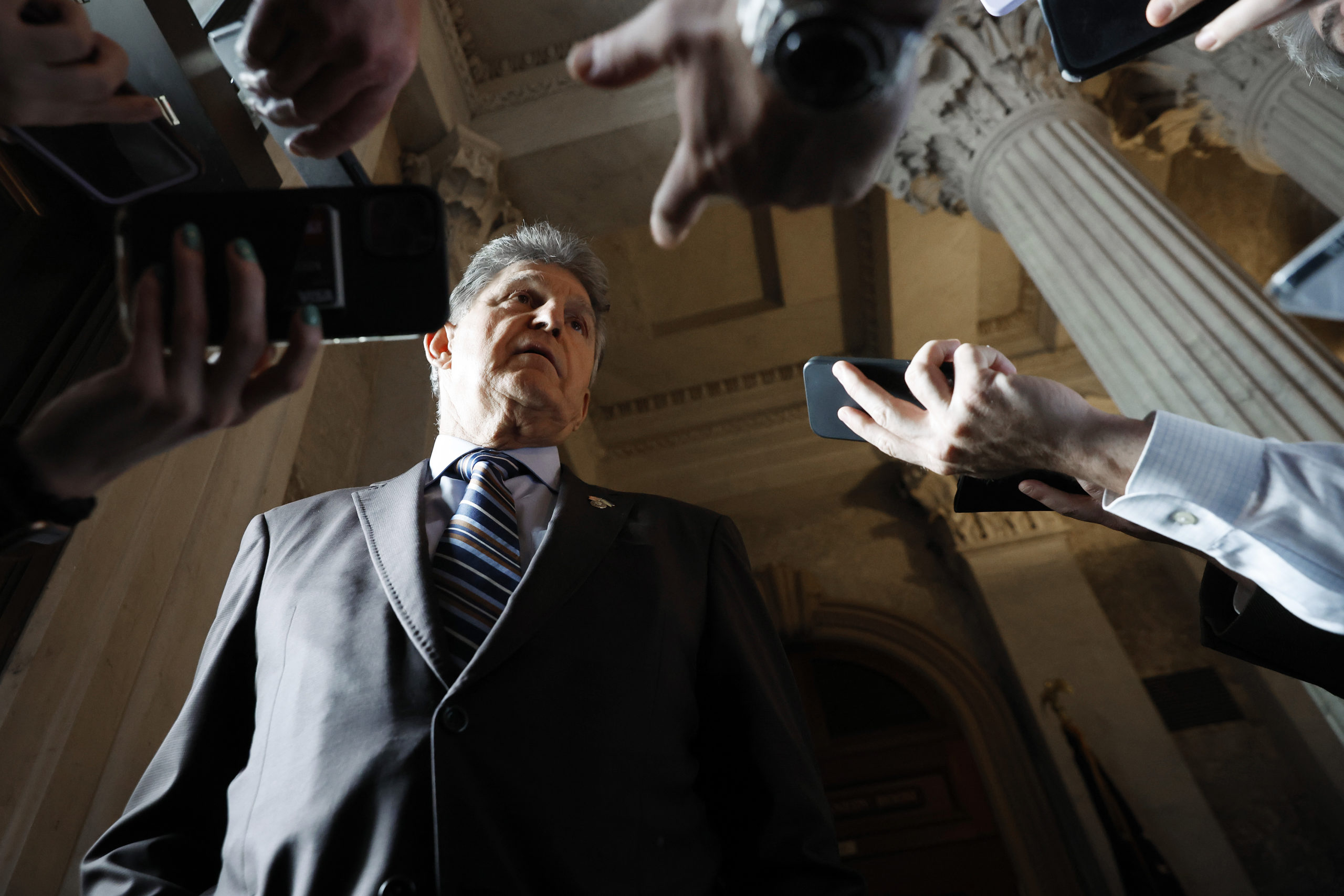 WASHINGTON, DC – MAY 26: Sen. Joe Manchin (D-WV) talks to reporters after casting his last vote before the Memorial Day recess at the U.S. Capitol on May 26, 2022 in Washington, DC. (Photo by Chip Somodevilla/Getty Images)

Biden entered office with little mandate. Democrats did not even win a Senate majority. Most Americans — especially those in West Virginia — did not vote to fundamentally reshape the American economy, to rapidly expand the federal government or to completely neuter the American fossil fuel industry. The press coverage has consistently ignored this. Instead we heard vaunted comparisons of Biden to President Franklin D. Roosevelt, and because Manchin stands in the way of the left’s delusions, he’s been attacked repeatedly as an obstructionist.

Luckily, the American public has rejected the press narrative. People can smell crazy. A lot of the policies are too crazy for any amount of media spin to fix. The result is a president in a total freefall. Somehow, after the closest of elections, with no real mandate to speak of, an aging president and his young staff convinced themselves that Biden was destined to be a truly historic figure ushering in a period of historic left-wing change. Even with a huge assist from the corporate media to sell this narrative, Biden is destined to go down as one of America’s saddest presidents.