House Republicans released a white paper Friday detailing several steps their conference is planning to secure the southern border should they take back control of the lower chamber in the 2022 midterms.

The Republicans say they will pass the Border Security for America Act, which would complete the wall along the southern border, fund enhanced monitoring technologies and fund staffing increases for CBP. They also propose amending Title 42, the public health order allowing for quick deportations during the COVID-19 pandemic, to apply to the “mounting public health crisis from illicit narcotics.” (RELATED: Senators Press Top Biden Admin Official On ‘Embarrassing’ Response To Fentanyl, Opioid Epidemic)

Other proposed steps include reinstating the Migrant Protection Protocols (MPP), increasing funding for Immigration and Customs Enforcement and requiring employers to use the E-Verify system. President Joe Biden rescinded former President Donald Trump’s executive order establishing MPP shortly after taking office, although a federal judge ordered him to reinstate the program. However, the Biden administration has not made a “good faith effort” to reestablish the program, the Daily Caller News Foundation previously reported.

“Every component of what we’re doing is important, whether it’s building the physical barriers, whether it’s giving ICE more funding, whether it’s ensuring that employers are using E-Verify, to ending the abuse of parole authority, all those things contribute to a more secure nation,” outgoing Republican New York Rep. John Katko, who heads the GOP’s border task force, told Fox News Digital. 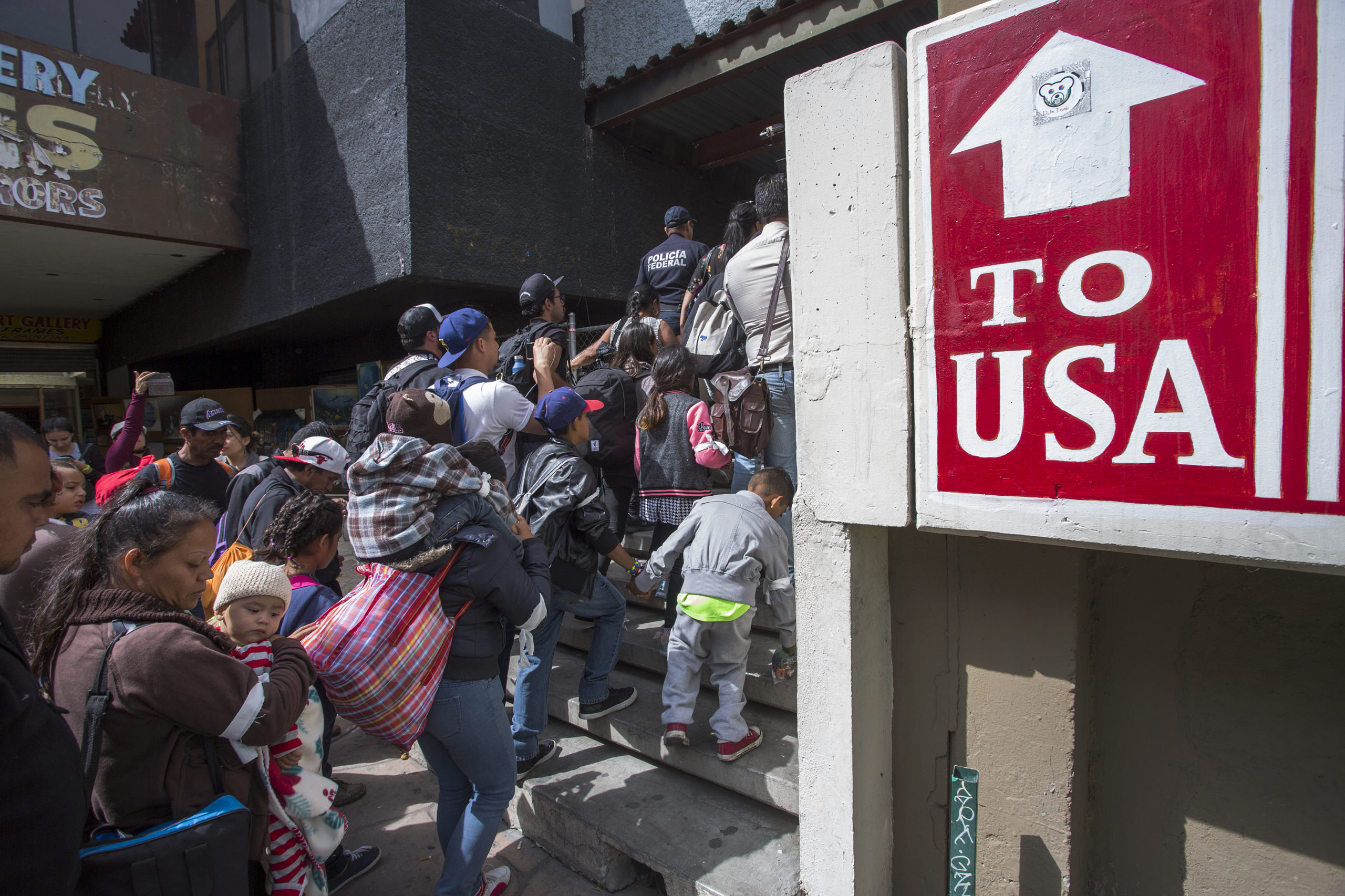 TIJUANA, MEXICO – APRIL 29: Members of a caravan of Central Americans who spent weeks traveling across Mexico walk from Mexico to the U.S. side of the border to ask authorities for asylum on April 29, 2018 in Tijuana, Baja California Norte, Mexico. More than 300 immigrants, the remnants of a caravan of Central Americans that journeyed across Mexico to ask for asylum in the United States, have reached the border to apply for legal entry. (Photo by David McNew/Getty Images)

Congressional Democrats proposed the U.S. Citizenship Act of 2021 early in President Joe Biden’s term, although the legislation has not been passed out of committee. The bill would create a pathway to citizenship for up to 11 million illegal immigrants. Some Democrats, including New York Rep. Alexandria Ocasio-Cortez, have called on the Biden administration to accept more people, including raising the refugee cap from 125,000.