Russian President Vladimir Putin doubled down on the credibility of his threats to use nuclear weapons for Russia’s self-defense in a speech Wednesday morning, in addition to calling up hundreds of thousands of additional troops for battle.

In the largest escalation since Russia’s initial invasion of Ukraine in February, Putin made good on a partial mobilization for 300,000 reserve and special operations personnel in an executive order signed Wednesday. He issued veiled threats of nuclear strikes in response to the “aggressive policy of Western elites” to continue provoking Russia on the 1000-km line of contact in Ukraine and providing the Ukrainian army with weapons and supplies.

“In the event of a threat to the territorial integrity of our country and to defend Russia and our people, we will certainly make use of all weapon systems available to us. This is not a bluff,” he said. (RELATED: Nuclear War Between US And Russia Would Kill 5 Billion, New Study Suggests)

Putin’s speech aired less than 24 hours after the Russian-installed leaders in the Kherson and Zaporizhzhia regions in Ukraine’s south, as well as the two sympathetic presidents in the eastern Donbas region, announced plans to hold referendums on acceding to the Russian Federation later in September.

Russia at present does not exercise full control over the territories. Russia’s deputy chairman of the Russian Security Council, Dmitri Medvedev, said Tuesday that annexation of the regions would expand the list of possible military options amid Ukraine’s burgeoning counteroffensive in the east and south, Reuters reported.

Putin added that North Atlantic Treaty Organization forces were conducting reconnaissance operations over Russian territory and had openly discussed launching nuclear weapons against the federation, despite lack of evidence for the latter, according to The Wall Street Journal.

In the speech, Putin also accused the West of committing “nuclear blackmail” over the Zaporizhzhia power plant, after Zelenskyy said Putin was engaged in “nuclear terrorism” for its dangerous shelling in the area.

“The goal of that part of the West is to weaken, divide and ultimately destroy our country,” he said, accusing Western countries of using Ukrainians as “cannon fodder” to prosecute a genocidal proxy war in Ukraine. 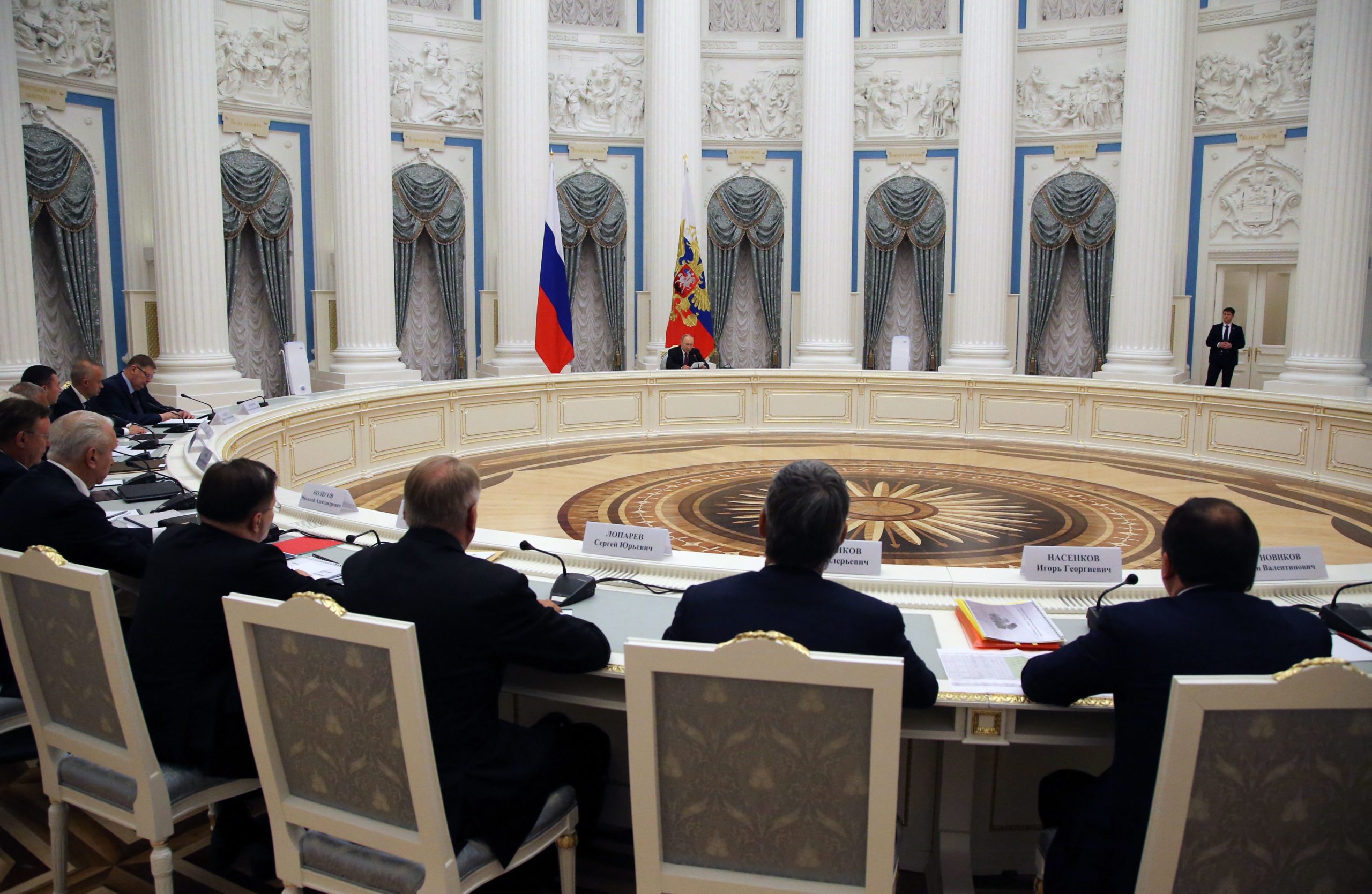 Russian President Vladimir Putin chairs a meeting with leadership of military-industrial complex enterprises at the Kremlin in Moscow on September 20, 2022. (Photo by KONSTANTIN ZAVRAZHIN/SPUTNIK/AFP via Getty Images)

Putin blamed the West for attempting to suppress the self-determination of “development centers,” likely referring to the two self-styled independent republics of Donetsk and Luhansk, as well as the Russian-occupied southern regions in Ukraine.

“But a peaceful settlement obviously did not suit the West, which is why, after certain compromises were coordinated, Kiev was actually ordered to wreck all these agreements,” Putin said, justifying a decision to call up troops.

Putin breaking his prior pledges not to order a military mobilization is “an admission that his invasion is failing,” U.K. Defense Secretary Ben Wallace said.

The soldiers, drawn from Russia’s active reserves and special operations forces, will undergo training tailored for the conditions of the “special military operation” in Ukraine, Putin said. He also described plans to make volunteer soldiers legally members of the Russian military.

Flights routed from Moscow to Yerevan and Istanbul were sold out as of Wednesday morning, Reuters reported.