Justice Brett Kavanaugh appeared at oral arguments for the first time Tuesday, where the bitterness attending his confirmation appeared to break, if only a little.

Throughout his first sitting, Kavanaugh projected command and interacted warmly with his new colleagues, several of whom were especially lighthearted during the arguments.

“We wish you a long and happy career in our common calling,” Chief Justice John Roberts told Kavanaugh at the beginning of Tuesday’s arguments, invoking the construction he often uses when publicly offering well wishes to colleagues.

Kavanaugh’s parents, his wife Ashley and their children were also present in the courtroom as was his predecessor, Justice Anthony Kennedy. 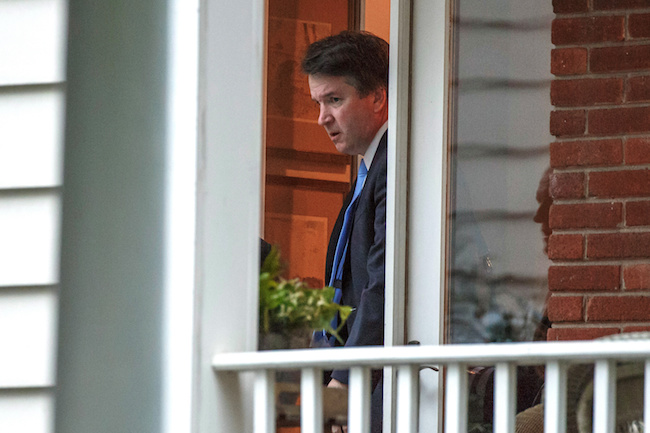 Newly confirmed and sworn-in U.S. Supreme Court Associate Justice Brett Kavanaugh heads off to his first day of work as a justice at the Supreme Court as he leaves his house in Chevy Chase, Maryland, October 9, 2018. REUTERS/Joshua Roberts

As is tradition, Kavanaugh was seated at the far right of the bench in the seat reserved for the junior justice. Justice Elena Kagan sat one seat to the left. The pair smiled warmly together and laugh throughout, and shook hands at the end of the proceedings. As dean of Harvard Law School, Kagan hired Kavanaugh to teach a course over the winter term. (RELATED: In His First Day On The Job, Kavanaugh Hired As Many Black Law Clerks As Ginsburg Has In Her Entire Career)

Kavanaugh appeared poised and engaged during the arguments, asking almost half a dozen questions of lawyers on each side during both of the day’s cases.

The scenes at the high court on Saturday and Tuesday were a study in contrasts. The indignant crowds that swelled about the court after the confirmation vote saw one demonstrator standing astride the contemplation of justice statue, while others, given over to desperate rage, attempted to pry open the sealed brass doors at the top of the marble staircase while Kavanaugh took the oaths of office at a private ceremony inside. 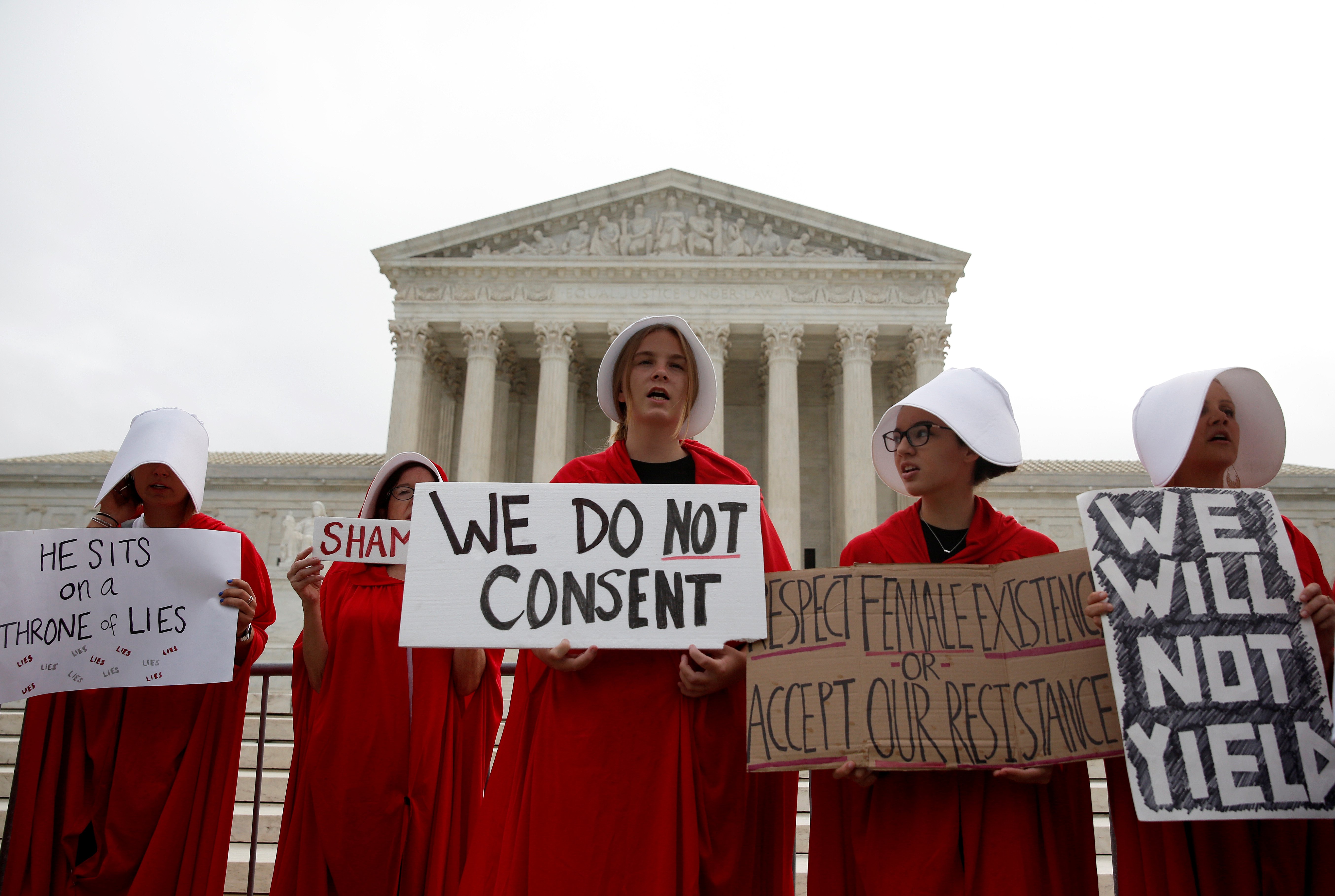 Protesters demonstrate on first day with newly sworn in Associate Justice Brett Kavanaugh on the court at the Supreme Court in Washington, U.S., October 9, 2018. REUTERS/Joshua Roberts

Fear that lingering anger would erupt during Tuesday’s proceedings was palpable, particularly as a court officer delivered the official admonition to remain seated and silent with unusual forcefulness. A smattering of protesters, some of whom wore handmaid costumes, demonstrated in front of the court’s marble plaza in the morning. But as arguments began, a genial and orderly mood prevailed.

Both cases on Tuesday’s docket concerned the Armed Career Criminal Act (ACCA), a federal law enhancing sentences for repeat offenders that has bedeviled the justices for years. Justice Samuel Alito noted as much in an exchange with a government lawyer during the second argument.

“You’re not exactly on a winning streak here in ACCA cases,” Alito said, drawing laughter from the audience. “You might have gotten a hint that a majority of the Court really hates ACCA and is picking it apart bit by bit by bit.”

The first case, Stokeling v. U.S., concerns a provision of the ACCA that requires a sentence enhancement for criminals with previous convictions for violent felonies. Stokeling asks whether felony convictions under state law that involve minimal force count for enhancement.

Alito asked if the ACCA’s definition of “violent felony” reaches shoving, grabbing or pinching. Justice Sonia Sotomayor followed up on this point, turning to her right to pinch Justice Neil Gorsuch, who reacted with good-natured surprise.

Later in the argument, an attorney for Stokeling mentioned an opinion Roberts wrote in an April case called Sessions v. Dimaya.

“How many votes did that get in Dimaya?” Roberts joked — the opinion referenced was a dissent.