In the pictures that surfaced on the artist’s Facebook account Friday, horror villain Mike Myers’ head is replaced with a giant photo of the congresswoman’s head on a billboard in southern California.

To one side of her, it read, “#UNCIVIL” and the other side read, “DEMOCRATS.”  (RELATED: Conservative Street Artist Skewers Asia Argento Wtih ‘#SheToo’ Artwork [PHOTOS])

“Did a great Maxine Waters/ Halloween mashup, billboard takeover hit last night. We made both Drudge and the Hollywood Reporter. Hate always brings this up, but I couldn’t do this without a great crew and your support,” Dennis Ray Lewis wrote. “This is how we [strike] back. Play dirty.”

Speaking to the Hollywood Reporter, he explained that his artwork was in response to Waters call back in June when she told people to harass members of President Donald Trump’s cabinet when they are out in public. 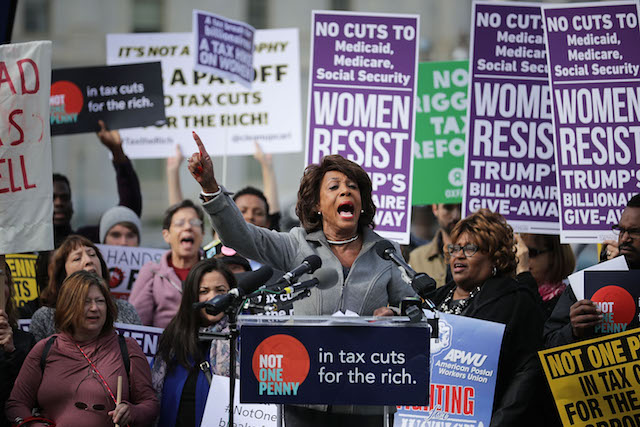 “If you see anybody from that Cabinet in a restaurant, in a department store, at a gasoline station, you get out and you create a crowd,” Waters shared.”You push back on them and you tell them they’re not welcome anymore, anywhere.”

Since that time, numerous Republican politicians have been confronted in public places, including Texas Sen. Ted Cruz who was out to dinner with his wife in Washington, D.C., when they were chased out of the restaurant by protestors.