The New York Times asked novelists “to conjure possible outcomes” to special counsel Robert Mueller’s investigation of Russian meddling in the 2016 election for a Tuesday piece.

English thriller novelist Zoë Sharp wrote the short story, titled “How It Ends,” about a Russian assassin on a suicide mission who receives help from a Secret Service agent to kill Trump. A character who is working with the Russians in the story implies that Trump “was handpicked at the highest possible level” and must be silenced. 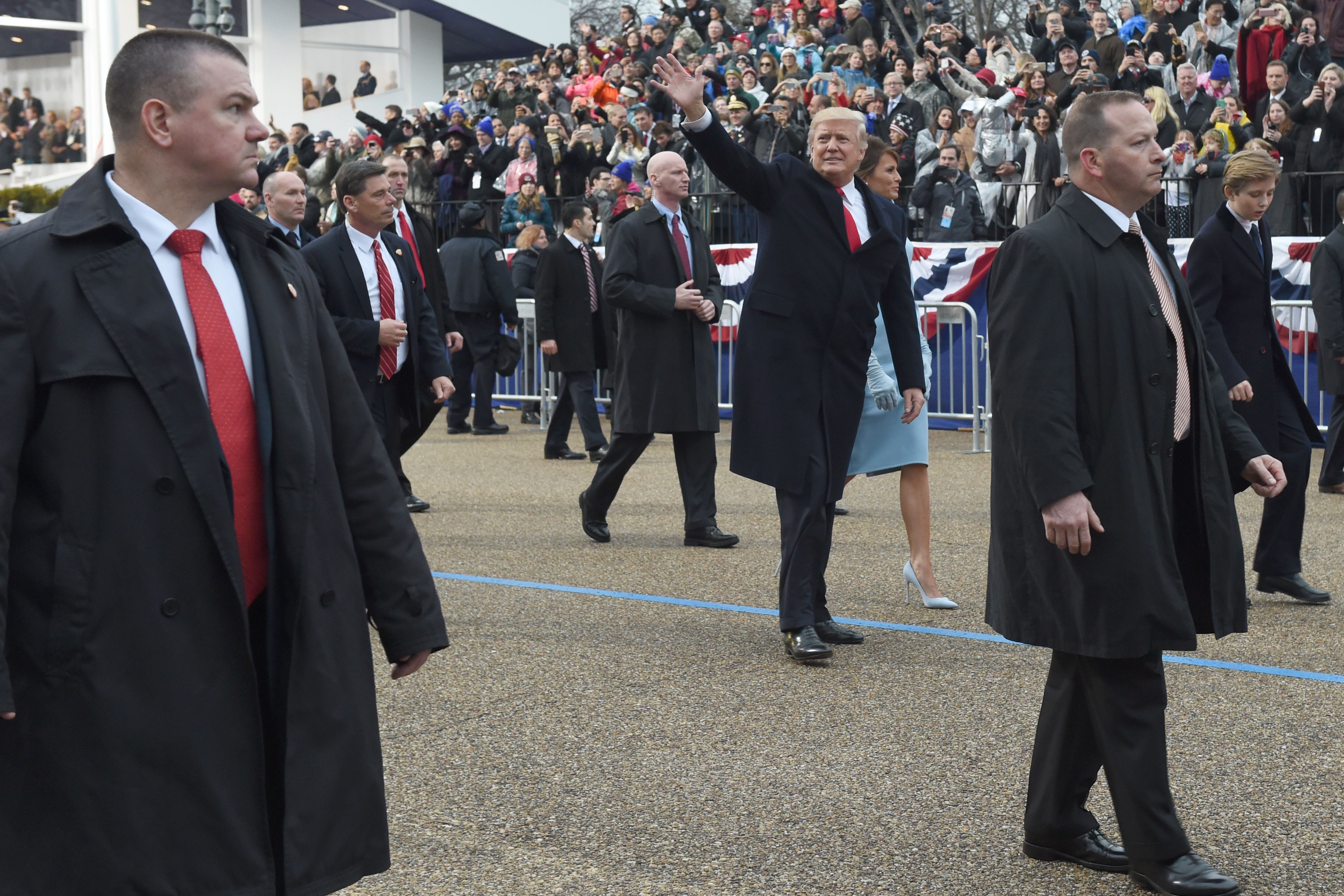 US President Donald Trump walks with his wife Melania surrounded by Secret Service officers outside the White House as the presidential inaugural parade winds through the nation’s capital on January 20, 2017 in Washington, DC. TIMOTHY A. CLARY/AFP/Getty Images

In the story, the Russian assassin’s gun misfires when he rushes the president, but Secret Service agents do not shoot him.

“The Secret Service agent stood before him, presenting his Glock, butt first,” Sharp wrote. “‘Here,’ the agent said politely. ‘Use mine. …'”

Sharp’s story is set after Mueller’s investigation indicts, subpoenas and even places under house arrest “the president’s campaign manager, then his lawyer, a Republican congressman, former aides, family members.”

The story also contains what appears to be an allusion to Fox News.

“The channel once snidely referred to as ‘state TV’ now delighted in showing long shots through the White House railings of men in uniforms removing boxes of incriminating paperwork,” Sharp wrote. “The president himself was not in residence. He was holed up on home ground.”

Sharp said she was honored that her story was one of five chosen by The New York Times in a Tweet Wednesday. (RELATED: Unidentified ‘Device’ Sent To Gov. Andrew Cuomo’s Office Was A Letter And Flash Drive)

Honoured to be in @nytimesbooks this week alongside @ScottTurow @JoeFinder @LauraMLippman Jason Matthews. We were asked to write short fiction on what happens next on the US/Russia scene. https://t.co/tW8UVvNn8S

The Daily Caller News Foundation reached out to The New York Times but did not receive a response at the time of publication.