Massachusetts Democratic Sen. Elizabeth Warren’s campaign donated $10,000 to a Native American voting rights group on Oct. 16, a day after she released a DNA analysis that revealed she has scant traces of Native American ancestry.

According to reports submitted to the Federal Election Commission (FEC), Warren’s campaign made the contribution to a group called The North Dakota Native Vote. (RELATED: Warren Releases Results Of Her DNA Test)

The group, which is affiliated with Western Native Voice in Montana, is working with the left-wing website Daily Kos to help Native Americans obtain credentials to vote in the upcoming midterm elections.

The group claims that state laws requiring that voters provide proof of a residential address in order to vote disenfranchises a number of Native Americans, many of whom live on reservations and use post office boxes. According to North Dakota law, voters with post office boxes must provide photo ID. North Dakota Native Vote aims to help Native Americans obtain the documentation required to vote. 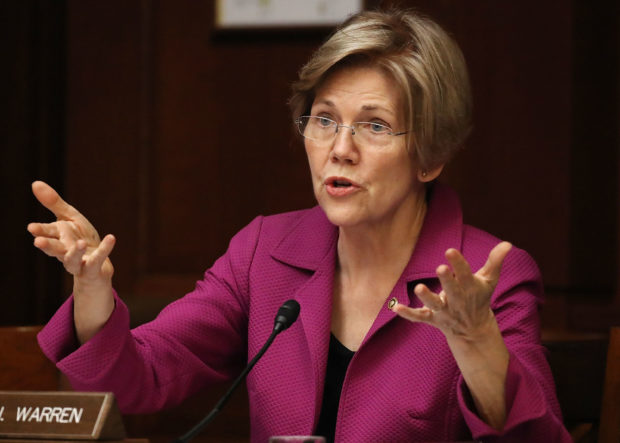 A day before her campaign donation, Warren released the results of a DNA test she took in hopes of settling questions about her Native American ancestry. Warren, a potential candidate for president in 2020, has been dogged by allegations that she embellished her resume by claiming to be Cherokee.

And though Warren intended the DNA test to support her claim, she was widely criticized by conservatives after it was revealed that she is only between 1/32nd and 1/1024th Native ancestry.

That means that at best, Warren’s closest Native relative was a great-great-great grandparent.

The Warren campaign did not respond to a request for comment.