In what is likely a preview of the incoming administration’s energy agenda, Brazil’s president-elect has declined to host a United Nations conference on climate change.

“Environmental politics can’t muddle with Brazil’s development,” President-elect Jair Bolsonaro said Wednesday of why he withdrew Brazil’s bid to host the 2019 climate change conference. “Today, the economy is almost back on track thanks to agribusiness, and they are suffocated by environmental questions.”

The decision comes as no surprise to people who have been following the conservative politician’s rise to power closely.

Bolsonaro had campaigned on the promise of enacting a number of free market reforms to jumpstart Brazil’s economy — which has suffered stagnant growth for years. A key part of his economic agenda includes developing the country’s agriculture and mining industries in the Amazon. Bolsonaro initially said he would follow U.S. President Donald Trump’s footsteps and pull out of the Paris climate agreement, but he has since walked those comments back amid international pressure.

International leaders are to meet in September 2019 for the U.N. climate summit. The key focus on the meeting will be the implementation of the Paris climate accord and how to effectively reduce the world’s greenhouse gas emissions. So far, the world is not on track to meet carbon reduction targets.

It’s not immediately clear what country will host the event now that Brazil has backed out. Given it is Latin America’s turn to host the summit next year, U.N. officials will see if any other country on the continent can hold the event. If not, the conference will take place in Bonn, Germany. 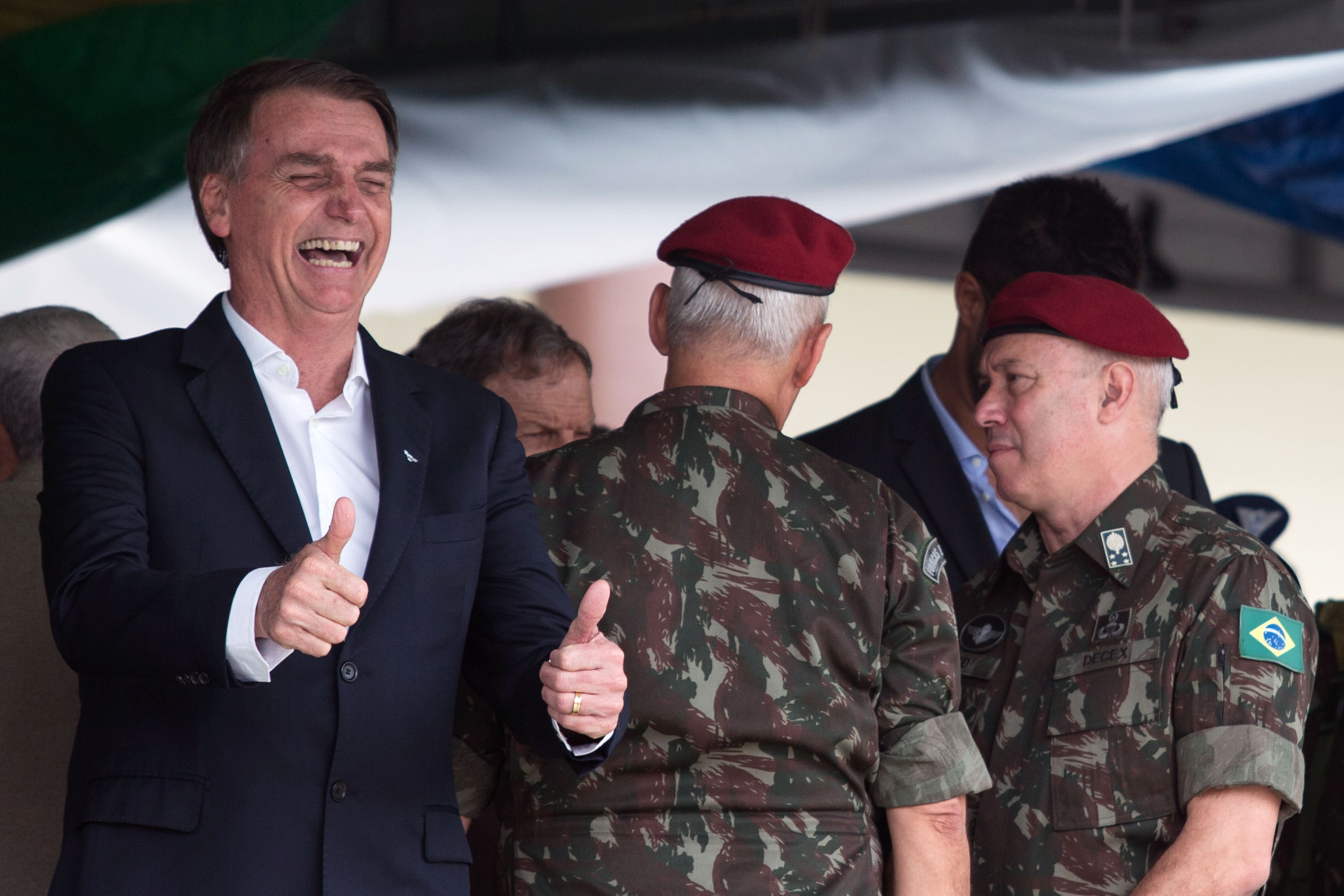 “Brazil’s participation is vital to meeting global targets, as our country is currently the 7th largest emitter of greenhouse gases and the Amazon has a key role in regulating global climate,” read a statement from the World Wildlife Fund in Brazil.

Bolsonaro won the second round of Brazil’s presidential election in October, making him the first conservative candidate to be elected president in the country in 20 years. He will assume the presidency on Jan. 1, 2019. Along with his economic agenda, Bolsonaro has vowed to enact a number of other conservative reforms, such as more gun rights for law-abiding citizens, relocating the country’s embassy in Israel to Jerusalem, and a full-throttle rejection of socialism. (RELATED: Watch: ‘Brazilian Trump’ Brutally Stabbed During Rally)

Bolsonaro’s bombastic demeanor and clear irreverence for political correctness has earned him the nickname the “Trump of the Tropics.”